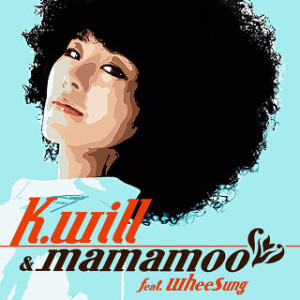 For those of us mired deep in the hole of Tumblr doom that is the K-pop industry, it sometimes gets wearying to suffer the saturation of the sheer crappiness that passes off for music sometimes. Think the swampy deluge of aegyotastic girl group debut videos and cheap-sounding, Autotune-overreliant dance tracks from boy groups – I love you (irrationally) forever, Super Junior, but everything from “Sorry Sorry” onwards was a downwards spiral into musical stagnation, and we all know it.

In light of the somewhat regrettable state of things in the industry, Mamamoo’s second music video prior to their official debut,  “Peppermint Chocolate,” comes as something of a pleasant surprise.

You know, having come straight from having watched “Don’t Be Happy” (as reviewed by Laverne here) and “Peppermint Chocolate” back-to-back, I am almost ninety percent sure that three out of the four girls in the group are more than competent singers, especially Whee-in, whom some netizens in the international fandom have singled out as being reminiscent of a younger BoA.  Which is larger than the usual fractions we normally see, even in more established groups from larger companies than Mamamoo’s WA Entertainment.

Stylistically, “Peppermint Chocolate” is similar to that of its predecessor, with most of the video sticking to the same slick polish that recalls old Hollywood glamour and the swingin’ sixties. Featuring big names such as K.Will and Wheesung (and also completely irrelevant but totally cute cameos by VIXX members Hongbin and N!) this release follows a recent trend in the industry with a slew of similarly retro-inspired comebacks from massively popular acts such as IU’s “Modern Times” and TVXQ’s “Something”.

“Peppermint Chocolate,” however has cheeky little touches that bring to mind a feisty mix-up of Charlie’s Angels and retro television, such as the silhouettes of the girls against a cartoonish, colourful background, and a certain fizzing-out effect that recalls old-style TV. The overall feeling of the song is lighter – more sass, less angst, even to an audience that lacks knowledge of Korean and cannot understand the lyrics upon initially viewing the video. The song itself also has a more upbeat rhythm than “Don’t Be Happy”, which speaks of the girls’ portrayal of confidence and self-assuredness, a sharp contrast to the breakup-induced passive-aggressive lashing out that characterised the earlier song. 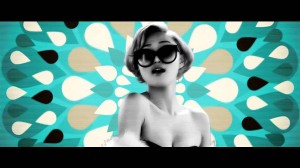 Also, how fantastic is it that the music video starts out with the girls in classy, sophisticated outfits strutting their stuff on a catwalk? It’s incredibly empowering to see a newbie girl group going all out with a strong, poised image that’s a far cry from all the winking and eye-smiles that seem to characterise girl group debuts (before they give it up and start selling butts and thighs instead, a la AOA and Girl’s Day).

Such an image fits in nicely with the lyrics of the song itself, which speak of  “the cool, minty sweetness” of a relationship that’s just gotten off the ground – a sharp contrast to the heads-over-heels, swoonworthy portrayal of initial attraction that so many K-pop songs go for. The song calls this out as being juvenile and “so childish, not the style these days”, and not for the older, mature woman: “Why define love at this age? Just the butterflies in the stomach is good enough, it’s cool.”

This recalls the casual dating that many young and single women favour nowadays – exploring relationships with men who come across as attractive, but without too much emotional investment. Throughout the video, the girls are either in the power suits or formal attire favoured by high-flying career women in the workplace or at professional functions, which further lends weight to the idea that this kind of love, with a certain emotional distancing, is the kind of romantic attachment the modern, intelligent woman should go for.

The cool polish of the video and the song is further emphasised by just how on point the vocals are – these girls have some serious pipes, and the unpretentiously retro style of song works for their voices – even Wha-sa’s rapping, though curiously helium-like in delivery, somehow melds very nicely into the melody line, helped by excellent production. And of course, it can be safely assumed that adding K.Will’s buttery vocals into any song infinitely ups its musicality and technical sophistication. His technical and emotional range are used to great effect here, as he sings the lines of the male counterpart to Mamamoo’s coolly loving women: “My coffee chocolate, we’re not just about the sweetness”.

The direction that Mamamoo appears to be taking musically and in terms of image and branding can be said to be the path less taken, but it certainly seems to be working for them – the girls are talented, and the classy concept they’re going with sets them apart from the current trend of sultry/sexy girl group concepts. It helps that they are more than capable of carrying a tune, and their company has really pulled out the big guns in these collaborative pieces prior to any live performances. As these things go, however, with stand-out songs come elevated expectations for said live stages, so hopefully when the girls do finally perform on television the skills we’ve been impressed with thus far will manifest in full form. If they can pull this off on the live stages and stick to their guns on the concept of the classy, mature woman, it seems promising that they will be able to offer variety in the industry and a breath of fresh air to us as consumers.