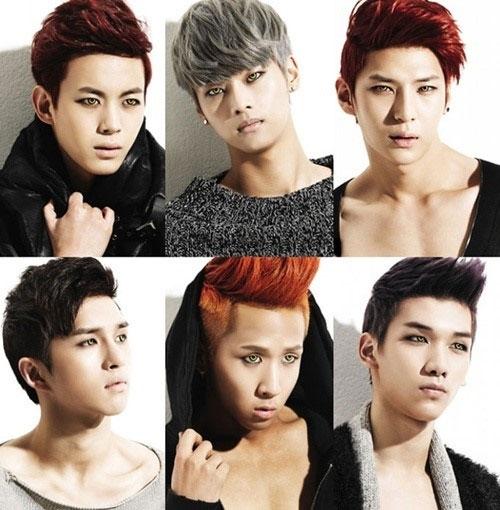 It must have come as a surprise to many when VIXX, after having completed their The Milky Way Global Showcase successfully last year, decided to prolong it for two more stops — one in Berlin on the 8th February and one in Paris the day after. Daring as it had been for the group to go on a global tour just about one-and-a-half years after their debut, fans were equally baffled to see them continuing it even after the grand Seoul finale four months prior.

Yet, this author is far from complaining, as this puzzling event enabled her to experience the first K-pop concert of her life. And judging from the jam-packed C-Club, a medium-sized venue in Berlin where the concert took place, the band and Jellyfish Entertainment also profited from the two additional dates added to the tour.

There is probably no need to go into details concerning everything that came before the actual performance — the stressful acquirement of tickets, the hours of standing in line, the search for a good spot (a difficult but important task for the ones among us not gifted with above-average height) — so let’s get straight to the concert, which started without much delay shortly after 7 o’clock pm.

After a short video, announcing that the time everyone had been waiting for had finally come, VIXX entered the stage to perform “On & On” which seemed like a good choice for a first song, as it had arguably been the band’s first step to greater popularity. Since the stage was rather small and VIXX’s music is more on the electronic side, the music was not performed live. It was either the acoustics of the venue or the enthusiasm of the person responsible for the sound mixing that made it rather difficult to hear the members’ voices. Then again, their entrance and performance was greeted with such frantic screaming that a better sound quality might not have been noticed either way. 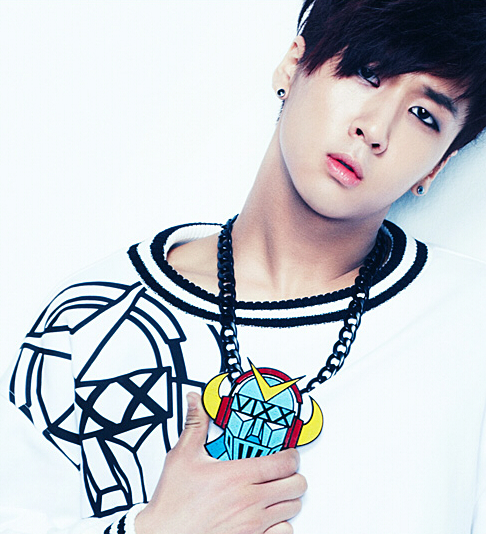 Of course, hearing/listening to the music is not necessarily the most important thing at this kind of concert, and VIXX and Jellyfish Entertainment are very well aware of that. This is why the performance was labeled as a showcase rather than a concert, which meant that the performance numbers were alternated with talk sections. One of these was in the form of a Q&A much like the ones many of us know from watching fan sign or fan meet footage: Towards the end of the evening, a staff brought out a big board with colorful post-it notes all over it which prompted the members to perform sexy dances, say encouraging words regarding the upcoming exams of some attendants, and, in Ravi‘s case, display an astonishing amount of aegyo gestures that leader N urged him to make.

It was the same routine regularly seen on TV shows and at fan gatherings and it revealed nothing new about the members, but it’s not something an audience would expect; nor does such a concert seem to offer room for anything going beyond a very superficial communication between fan and idol. In any case, seeing the members interact with their fans like that was fun to watch, even though they stuck to such a tried and tested formula.

But let’s backtrack for a minute and take a look at the performances again. Regrettably, at least in my opinion, the personnel of the venue was very strict and interfered quickly with anyone trying to take pictures or film a video; so a mere description will have to do. The solo stages certainly were a highlight of the concert. While Ken and Leo performed covers of Maroon 5‘s “This Love” and Adam Lambert‘s “Outlaws of Love” respectively, N and Ravi chose to present performances completely of their own making. N awed the audience once again with his impressive blindfold dance and incredibly smooth movements, and Ravi took over the stage with his self-penned song “껄렁껄렁” (Ggeolleong, Ggeolleong). Hyuk and Hongbin were responsible for the fan service, as they tried to woo a lucky fan earlier selected by a raffle on their joint stage, which elicited the most cheers from the audience.

The concert ended very punctually at around 8:30 pm, after the fans congratulated Ravi because of his upcoming birthday and waved around thank-you messages during VIXX’ encore band version performance of “hyde”; another highlight of the concert for me, as the members (especially Leo!) seemed to really let loose and enjoy themselves on stage. 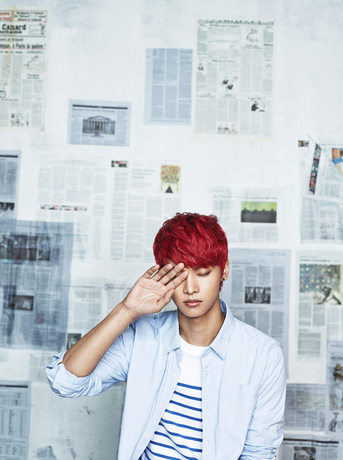 All in all, it seems like a smart idea for VIXX to have gone on an international tour so early on in their career. The concert in Berlin was sold out, as many of the other showcases surely were too, and the band was able to spark the interest of people who originally went to the concert more because of the opportunity to see a K-pop artist rather than because of the band itself. Having established this stronger connection with the fans is important since it might cause them to pay attention to and spend money on VIXX and their music for a long while. Additionally, international fans seem to be less affiliated to only one band but contrarily listen to many bands and singers. This might also have influenced the aforementioned decision to tour globally and bind listeners to the band in that way.

The showcase itself, though it did not offer anything outstanding or spectacular, was a fun experience to have and if the prices have not reached astronomical heights the next time VIXX comes around, I’d be very willing to attend their concert again.