EXO Showtime is Not My Style 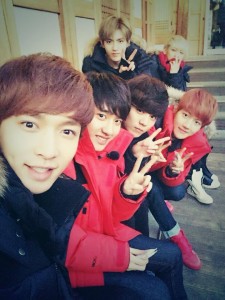 One of the biggest flaws in Exo’s debut was the lack of non-musical promotions. Fans cried out in disappointment that there weren’t reality or variety shows that allowed them to get to know the boys better. Exo-M had far more variety show promotions in China than Exo-K did in Korea, and even then, their overall number of appearances on TV – together or separate – had been negligible in comparison to similar debuting groups. So when EXO Showtime was announced, the news was met with great anticipation.

What better way to get to know the group than to have them feature in their own reality program. A lot of other groups have done it: VIXX had Plan V Diary, BTOB had BTOB B+ Diary, and B.A.P had B.A.P’s Killing Camp. All of these shows involved healthy doses of humor and they gave the members the chance to act naturally. With Exo, though, there has been the complication of having twelve members, not six or seven. Considering SM Entertainment‘s history with handling big groups — most notably, Super Junior — this should’ve been familiar territory.

SM’s adept hands at molding the group, along with its subsequent backing of the program, did not stop the show from falling short at the get-go. Most of the first episode was painfully awkward, and that set the tone for the rest of its run. While it was supposed to be a “reality” program, slightly more guidance from a director may have been suitable. It’s always good to see idols letting loose, but it’s also incredibly boring to watch twelve people eat and chat for fifty minutes – even when they are as attractive as EXO. 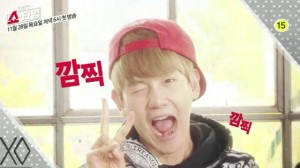 On the other hand, the group was continuously shuttled to specific locations, so it clearly wasn’t entirely freeform. MTV Diary reality shows are very slice-of-life because they allow the filmed groups to carry cameras themselves — this lends a sense of intimacy. EXO Showtime, on the other hand, seemed to lack scripting, but was conversely produced like a more structured variety show, and this wasn’t the best combination.

When you’re watching a group filming themselves, with a hand-held camera, you’re probably going to expect limitations to film quality and substance. But when you’re watching a professionally produced, long-episode show, viewers are definitely going to expect more. The amount of time it took to corral and feed the twelve members of EXO was significant enough that each fifty minute episode of the show only felt like it had thirty minutes – or less – of actual content. 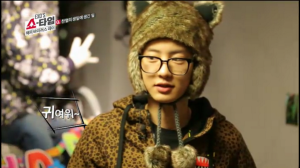 Not that eating on reality and variety shows is uncommon – if you are even a little familiar with the genre you’ll know that that’s quite opposite – but including it in every single episode is taking it a little too far. Were the boys only filmed at mealtimes? This is perfectly plausible, if you consider how packed their schedules are. For all we know, this is about all the time they can allot to EXO Showtime.

If that really were the case, the show would just paint SM as lax and lazy. It’s not like we don’t have a myriad other like programs to compare it with; what with the other reality shows that have games, challenges and skits for keeping the pace retaining viewership? To give them a little credit, the producers did attempt some organized challenges, but they ended up falling flat because it took so incredibly long for twelve people to complete a task. While it may have been funny the first six times, it’s turned out to be a well-worn ruse. There were little remedies here and there – like when the cameras only showed a few of the guys going into the haunted house – but they’ve been too blatant to ignore. 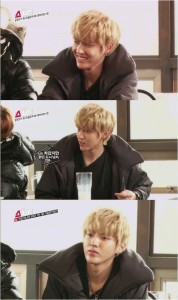 There were moments of gold, though. When Baekhyun and D.O paired up to bring us their tacky interviews, it truly saved the viewers from an otherwise stagnant situation. The group’s energetic members, who have comedic timing, or who aren’t afraid to reveal their own little oddities, should’ve taken the wheel this entire time. The duo was hilarious and it made up for the fact that the other members were not-so-interestingly sleeping, or shopping. You can’t expect all twelve people to be “on” all of the time — especially when you’ve given them ‘free time’ – but for the sake of a show, there should be some activity or interesting discussion at all times.

The other saving grace of EXO Showtime was Kris aka Mr. Galaxy. Despite his debut ice prince image, Kris has turned out to be a reality show genius. The first episode was quiet, tense, and awkward, until Kris began eating chicken. It sounds like such a small thing but his constant contradiction of everything his image makes him out to be, had his members — and I imagine many viewers — rolling in laughter. The best thing about idol reality shows is that they reveal what we don’t usually see. And with Kris, it was an endearing mix of quirkiness, downright silliness, and an obvious brotherly concern for his members. 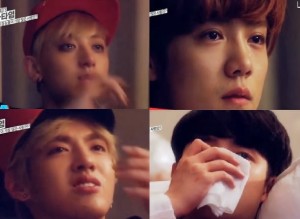 If all of the members of Exo had let go as much as Kris did, and allowed themselves to act as impulsively as they’d wanted to, the show would’ve been tons more interesting. Of course, the usual suspects – Baekhyun and Chanyeol – still contributed to the show with their naturally loud personalities, but raw energy doesn’t quite compare to a natural 4D personality. Exo could learn a thing or two about letting loose on reality shows from their seniors MBLAQ and B1A4, both of whom consistently throw their images to the wind and likewise produce much more interesting content.

Some forgiveness is necessary, however, considering that this was Exo’s first real solo attempt at a show. The members have a huge amount of potential, but they’re going to need more guidance and experience. EXO Showtime was a fine introduction for them, and it served the purpose of allowing fans more time with the group outside of its music show promotions. That being said, it’s unlikely that many viewers of the program have converted to being fans because it simply wasn’t entertaining enough, unless you already liked the boys. 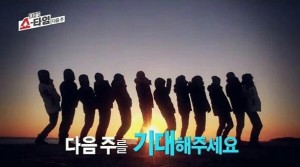 The show picked up the pace as it went on, but the first half was – for lack of a better word – boring. Episodes eight and nine were very interesting, and everything after that was certainly an improvement, but how many people that weren’t already fans actually made it that far? If you want to introduce Exo to someone through this show, it would be best to pick and choose what episodes to show them, instead of making them start from the beginning.

EXO Showtime wasn’t a failure by any means, but it wasn’t the intimate, image-free, entertaining rendition some of us were hoping for. Hopefully, SM and Exo can learn from this experience, so that their next attempt can be a better one. Also, someone please get Kris on the variety show loop because that guy could be the next Heechul (if slightly less fabulous).