Quick! What’s the name of the seven-member JYP boy band with a hip-hop bent, a playful debut song, and is known for incorporating acrobatics into its stages? Well, that depends. If this question were to have been asked in 2014, your answer is Got7. However, if asked in 2008, the answer is 2PM.

A large part of Got7’s appeal is that they have an old school 2PM vibe. However, upon closer examination and comparison of the music and the members, it becomes less of a vibe and more of an uncomfortable feeling that Got7 is  an attempt by JYP to set right what once went wrong.

It’s not that the current line-up of 2PM is an unspeakable evil and they should not exist beyond the OT7. Both 2PM and Jay Park have had successful careers post-scandal, and both have produced some truly excellent music. But the fact remains that in order to succeed in their new form, 2PM had to change. They lost a lot of fun and energy in their post-Jay era — they came back with the emo “Heartbeat” and the angry “Don’t Stop, Can’t Stop”. In fact, Hands Up and Grown did an excellent job of showing netizens that 2PM cannot effectively party without Jay. This isn’t necessarily a bad thing, as 2PM’s sales have continued to rise over the years. Nevertheless, the fact still remains that one of the great questions of K-pop is “What if Jay never left 2PM?”, and Got7 seems to exist to provide an example. 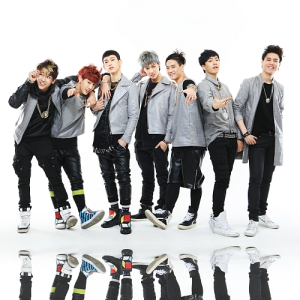 To be fair, “10 out of 10”  and “Girls, Girls, Girls” are very different musically. “10 out of 10” is a bouncy dance song that’s meant to be performed, which suited 2PM’s debut image. On the other hand, “Girls, Girls, Girls”  is a swaggy affair with more focus on the vocals and rapping. The end result is that they sound more mature , which is rather ironic when looking at the actual lyrics. “10 out of 10” is the perfect theme song for college frat guys who only go to class for the view, while “Girls, Girls, Girls” sounds like the frat guys’ younger brothers trying and failing to claim that they’re epic studs. What they do have in common is tone: both songs have a very upbeat tongue-in-cheek style that’s infectious and just fun. They’re the kind of songs that invariably lead to awkward chair-grooving, public singing, and confused looks when your roommate walks in on you attempting to dance.

The rest of their debut albums sound similar as well. Got It? is decent, but not spectacular. “Like Oh” is a serviceable hip-hop love jam, but other then showcasing the vocals, it doesn’t really stand out. What does stand out is how much it reminds me of “Angel” from Hottest Time of Day. The beat of “Like Oh” sounds a bit more delicate, but the rhythm is nearly identical. Most of the remaining tracks aren’t as utterly identical.  However, they do have the same sound found on Hottest Time of Day and 2:00PM: Time for Change– slower beats, intermixed rapping and singing, all with an undercurrent of serious energy. The loss of energy is what really changed in 2PM’s sound. The music didn’t get slow as much at it seemed to lose all signs of life, and they wouldn’t have been able to return to their old sound. Jay’s departure was a watershed, and the loss forced their image into a new, mature direction.

Got7 is JYP’s hope to cash in on a proven sound that none of his other acts could take on.This is reinforced by their live stages, which have several elements lifted from “10 out of 10” performances. The choreography has a lot of visual elements is common with “10 out of 10”: the formation breaks and popouts, an iconic hand gesture, and, of course, the stunting. That last one really stands out, due to how much it doesn’t mesh with the song. Even their stage outfits look like callbacks to 2PM’s debut– they share a color palette.

The similarities of the music and stages on their own isn’t really an issue. JYP has brands within his brand, and it’s easy to argue that all he’s doing with Got7 is revisiting one that worked in the past, and they’ll grow past it — that is, until you look at the members themselves. The line-up of Got7 has way too many similarities to 2PM for it to be a fluke. An American b-boy with rap skills, a pretty Thai member, a rapper with “bad boy” written all over him, a couple stand-out vocalists, and they’re all backed by two jacks-of-all-trades? Which group is being described here?

It’s not that Got7 are perfect clones of their sunbaes, but the comparisons are hard to avoid, and JYP seems intent on making them impossible. Mark does a good chunk of the stunting, while BamBam’s got that sweet, gentle image. I’ll give Jackson two months before he starts hitting the weights, and six for JB to become the “voice” of Got7, leaving Jr. in the shadows.

Got7 are not 2PM’s clones. They have their own personality, their own flavor, but it all just gets obscured by the niggling feeling that we’ve all seen this exact set-up before. Got7 has the potential to be great just like 2PM, but at this point, I’m afraid that that’s what they’re going to be: just like 2PM.