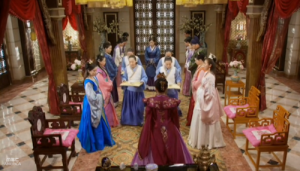 Oh, Empress Ki, these past nine episodes have been an uphill battle. Thankfully, 27 and 28 showed improvement and an interesting plot — Seungnyang taking on an active role in the palace — and 29 continued that trend.

Before we get to that, however, we have to get through the pregnancy plot first. On a personal level, I couldn’t stand this arc. It reeked of lazy writing and boring execution. However, after a friend explained why it was necessary, I begrudgingly gave the plotline some respect.

There’s a powerful theme of motherhood binding together many of the characters of Empress Ki: Seungnyang’s mother protecting her, the Empress Dowager protecting Ta Hwan, the mentally ill court lady protecting/mothering Seungnyang, Empress Tanashiri’s quest to have a child, Lady Park’s status as a concubine with a child. 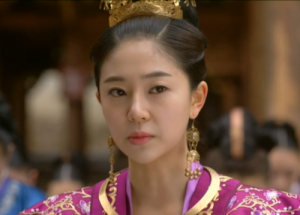 This is also a K-drama, so of course the baby survived and of course her baby becomes the one that Empress Tanashiri claims as her own. The baby’s birthmarks were a dead giveaway of its future importance. Nonetheless, I’m anticipating Seungnyang actions, when realizes her baby is being raised by the empress.

Much more interesting, however, is Seungnyang finally becoming a concubine. Seungnyang wasted no time in getting down to business and all I can say is thank goodness someone finally taught the emperor to read. I mean, didn’t he claim he was going to do that 15 episodes ago?

But I digress, Seungnyang taking part in court is entertaining, and it creates a faster paced plot. It’s been a while since we’ve seen her cunning side and the world needs more smart-Seungnyang. Her role in the poisoning arc was beautifully executed — I can’t believe it’s taken this long for her and the Empress Dowager to work together. 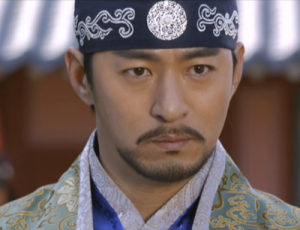 The last thing of comment is the goings-on of Wang Yoo, which frankly don’t interest me in the least. This money scheme has dragged on long enough and while the reemergence of Yeon Bi-soo (Yoo In-young) was unexpected, it didn’t keep things interesting.

Hopefully, the intersection of the two plot lines will give Wang Yoo something else to do because right now, it’s difficult to hold myself back from fast-fowarding.

The majority of episodes 21-30 were ridden with boring and drawn-out plots, and a drag to get through. Thankfully, Empress Ki has begun to regain its initial spark with the return of Seungnyang to court as a concubine. She returns well-versed in palace customs, so seeing her use them against her enemies has been a joy to watch. Too bad she can’t just get rid of the emperor and take the throne for herself.

Is anyone actually interested in what Wang Yoo is doing? Do you prefer Warrior Seungnyang or Concubine Seungnyang?