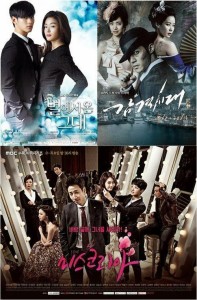 All of the hype behind the recent drama You From Another Star has perhaps stolen much attention from other on-air dramas. One such drama is Inspiring Generation, also known as Age of Feeling. These two series are currently in 1st and 2nd place during their Wednesday-Thursday air-times, but the difference between their viewer ratings is drastic. Inspiring Generation has yet to break the double-digit mark, while You From Another Star has steadily maintained top ratings of over 20%, even hitting 30% a few episodes back. Perhaps partially (or wholly) influenced by the low marks, KBS recently announced a writer switch for Inspiring Generation.

Inspiring Generation, starring Kim Hyun-joong, Im Soo-hyang, and Jin Se-yun started off with four rookie staff writers. There were also frequent contributions by the director, so there was more than enough screenwriting capability for a Korean drama. While three-quarters of the writing team have never written drama scripts before, lead writer Chae Seung-dae has worked on a few one-episode specials. However, he’s the one who’s leaving. The following announcement by KBS was released on February 10th:

Chae Seung-dae is a talented writer and has done a good job, but as he’s still a new writer, it seems to be beyond his power to head up the script for a 24-episode drama.

The drama will be taken over by Park Gye-ok starting episode 11, to be aired next Wednesday. Park has previously written the scripts for Cain and Abel, Invincible Lee Pyung-kang, and Dummy Mommy. Surely, such a seasoned writer can only help improve Inspiring Generation, right? Let’s take a look at some past writer-switchers. 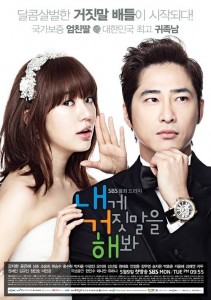 In late 2010, Mary Stayed Out All Night experienced a similar slump before episode 11. Despite rumors of on-set conflict, the original scriptwriter was reported to have made the decision to leave on her own. The writer of SBS’s 2011 drama Lie to Me also departed from set prior to episode 11 due to “creative differences” with the rest of the crew. In the same year, Spy Myung-wol added a new scriptwriter after episode 5 without kicking one out (or having them leave, voluntarily, of course). Unfortunately, none of the three dramas’ ratings improved by much.

Unlike the usual writer switches we’ve seen as a result of low ratings, 2010 hit Daemul surprised audiences by announcing their change after an episode 3 rating of 26.4%. SBS reported a disagreement in the future direction for the drama as the reason for the switch, and the decision was supposedly made even prior to the airing of the first episode, back when staff members were going over the script. Fortunately, ratings remained high through the whole series. 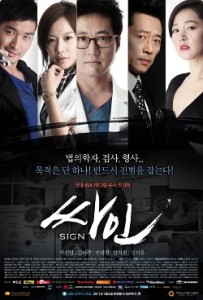 The original director of medical drama Sign left his position to take on the role of scriptwriter starting with episode 11 (perhaps there’s an episode 11 curse?) in 2011, citing his desire to work more on the storyline as his motivation. Although this doesn’t exactly count as adding a new writer to the production, it certainly did help raise ratings in the later episodes. Therefore, a writer switch can at times benefit the production as well.

Inspiring Generation started with a 15 billion won budget, so it’s understandable that KBS is disappointed with the low returns from their investment. After all, a drama’s ratings ultimately affect the price it can be sold at to overseas broadcasters as well as its advertisement profits. Nevertheless, a change in a drama’s original team can impact both character development and story flow, which may or may not be bad news depending on your current opinion of the series.

Do you think this writer switch will help Inspiring Generation reach new heights or will it simply damage the drama’s current style?