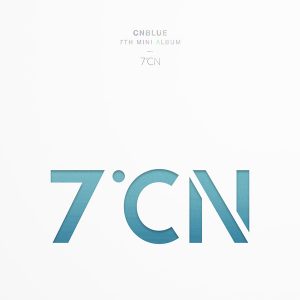 It’s been almost a year since the release of Blueming, and CN Blue is finally back with another mini album! Titled 7ºCN, a clever play on words to remind us that it is their 7th mini-album, this release melds hints of electronic pop smoothly into their signature soft rock genre to create catchy, jam-worthy hits.

In typical CN Blue fashion, most members participated in the writing and composition of the tracks, which allows us listeners a chance to appreciate their songwriting talents.

The title track “Between Us” gives an amazing first impression. Like many others, the title track is always the first track that I listen to off any album, and if I enjoy it a lot, then I find myself more inclined to look forward to the B-sides. The song opens with the chorus, which is something unusual, but it works. The verses build up beautifully to the bass-heavy chorus, and the rhythmic shift between the chorus and the bridge is seamlessly clean. What is special about “Between Us” is that it moves away from the same sounds of their previous title tracks, notably “Cinderella” and “You’re So Fine”. Don’t get me wrong, those were absolute jams and I still reach for them from time to time, but the structure and the sound of these tracks were tad too similar for my taste. “Between Us” offers a taste of something new just when CN Blue was at risk of sounding a little monotone, proving that they can still produce wild jams.

“It’s You” slows it down just a little to a relaxed tempo. It’s catchy in its own right without being too in your face, especially the “whoa” crooning during the chorus and the “baby girl, it’s you” during the latter parts of the song. Hints of the trumpet jazz it up and move it slightly away from the rock genre. 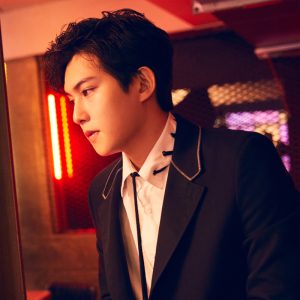 The opening notes of “Calling You” sounded a little strange, almost giving off a more sombre mood. However, the atmosphere is quickly lifted with the addition of the summery guitar line and the tropical shaker rhythm. In fact, “Calling You” is probably by far the most interesting track off the album, inserting little surprises here and there. Aside from the instrumentals at the beginning, the second part of the chorus uses dotted rhythm in contrast to the first to create variety and interest. Changes in the key during the bridge keep listeners on their toes. Yet, even with the many unexpected elements of the song, it somehow harmonically works.

Like “Between Us”, “When I Was Young” opens with an anthem-like chorus which is smoothly transitioned into the key guitar line. The melismatic “you” line in the chorus sounds just a little exotic, perhaps because of the interval movement between each successive notes, which definitely adds flavour and excitement to the song. There are a few instances of sound effects, like the modified voice during the bridge, which is perhaps indicative of the group trying some of the more hit trends in pop songs? Either way, it adds a trace of pop into their soft rock genre.

I have to admit, I have no idea what “Manito” means. After translating the song title from Korean to English to find that it did in fact mean “Manito”, I then looked up the word in question in a dictionary to get this definition: “a supernatural being that controls nature; a spirit, deity, or object that possesses supernatural power”.

My love, stop and turn around

But it was hard for me

I saw you smile and cry

But I couldn’t tell you

As if I was your manito

Lyrics aside, this track opts for a light acoustic accompaniment with a slow tempo, giving a chance for listeners to appreciate the vocal talents of the members.

The last track on the album, “Royal Rumble”, opens with busy instrumentals that actually complement the slow-moving and relatively calmer vocal line, offering a more melancholic atmosphere on a whole. 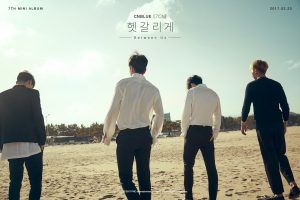 All in all, 7ºCN is a solid album. It’s different enough to offer variation from CN Blue’s previous works, but similar to an extent that listeners can appreciate CN Blue’s signature soft rock sound. Whiffs of pop make it the perfect bridge between genres of pop and rock, and also serves to appeal mainstream listeners who may be wary of the rock genre. That being said, one of the few pieces of criticism that I have is that the B-sides don’t quite live up to the title track: when I was listening to B-sides, I found myself itching to play “Between Us” again and again. Although, this could be seen as a good thing, since the title song is such a jam. Either way you look at it, there’s no denying that CN Blue has delivered a diverse and dynamic album filled with jams!