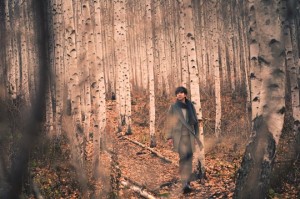 Seasons can prove to be very poignant, common themes in music. From the blooming season of spring, to the hot and alluring season of summer, to the quiet and sleeping season of winter, the four seasons prove to be a very successful muses for musicians, the seasons being perfect medians in displaying transition and nature through music. The season of autumn seems to get the least love out of the four seasons when it comes to music. While winter, spring, and summer make for popular themes for their high symbolic value, many seem to overlook autumn, the wistful and brooding season when the Earth prepares to sleep once again. Quite noticeably, Lee Seung-gi’s most recent effort Forest attempts to use the highly overlooked season of fall as its setting, to great effect.

Forest is triple threat Lee Seung-gi’s first musical comeback in a little over a year, with Lee Seung-gi concluding his year by digging back into his musical roots after a year of successful variety shows and dramas. The heavily ballad-driven album is able to illustrate the melancholic yet reminiscent feeling of fall quite accurately. All the tracks feature a similar set of orchestral instrumentals that fully captures the season’s bittersweet nature, and this sound is further complemented by Lee Seung-gi’s airy and light execution. The sound of the album, while nothing new at all, makes for a familiar and soothing journey that manages to be climactic at the same time, perfectly personifying the limbo the season of fall finds itself in. 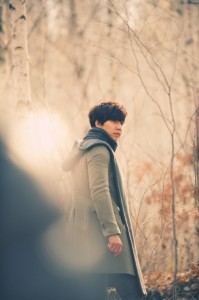 The album starts with a gorgeous instrumental intro. The intro manages to introduce the overall mood and pacing of the album with its highly orchestral sound. From the first few seconds, a bittersweet and nostalgic mood is made clear, but a sense of triumph is made evident as well. The strings and piano, instruments used quite generously throughout the entirety of the effort, are first introduced climatically through the intro before ultimately subsiding in the later songs, adding an interesting progression in the flow of the album. Lastly, the use of silence was particularly effective in this song, giving the song a sort of suspense and emptiness that carries over to the following song.

The following song is “Return,” also known as “Looking Back.” It is the effort’s lead single, and with it, Lee Seung-gi proves a song doesn’t need to be flashy or excessive to be enjoyable. Contrary to most lead singles which are usually made to stand out from the rest of the album, “Return” sticks with the album’s more subdued sound. Lee Seung-gi manages to show his vocal prowess and control without ever really overpowering the song, and the instrumental stays mainly consistent and simple, fully displaying the wistfulness and yearning the song talks about.

However, despite being consistent with the rest of the album sound-wise, “Return” still manages to be a highlight not for its vocal embellishments or dramatic change in pace but for its core structure, which was simply a breath of fresh air. The instrumental’s melodiousness and the repetition seen within the song’s chorus and verses are arranged in a way that never seems boring or formulaic. Instead, the use of repetition adds a very fitting feeling of familiarity and security, and it makes the littlest change in pace in the bridge all the more powerful.

“Forest” follows, and while it’s probably the most forgettable song in the album, it still manages to impress. The piano in the song’s instrumental manages to especially shine, its rhythmic qualities adding an interesting quality to the otherwise unadorned song. Moreover, Lee Seung-gi’s vocal control was probably the most prominent in this song. The improvements in his vocals are undeniable in this track, 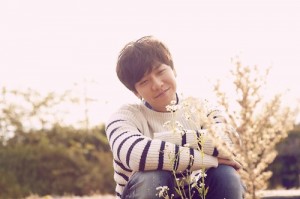 even if his voice was drowned by the instrumental in certain points. The ending sections in particular were a treat to the ears, the vocal work and heightened instrumental fusing to make a formidable combination. But what makes the song so forgettable in comparison to the others is its lack of a clear distinction and its more formulaic progression. It lacks the inventiveness of the previous “Return” and the likability of following songs “Words of Love” and “An Invitation For Me,” making its simplicity seem bland rather than refreshing.

The next track “Words of Love,” a track composed by Lee Seung-gi himself. While like “Forest,” the song stays largely formulaic, it makes up for it with its likability and charm. The progression from the verses to the chorus, while at times seeming sloppy, added a more dynamic element that the other songs lacked. Furthermore, the use of french horns were particularly intriguing, adding more complexity to the song. While not the best piece, this song is at least a step up for Lee Seung-gi, confirming his potential as a composer.

The last song in the mini album is “An Invitation For Me.” The fastest paced song in the album, it is also my favorite track following “Return.” The change in pace, not too severe to be considered jarring, was gladly appreciated, ending the album in a largely positive note. The song has a ingenuousness that’s endearing to hear, and all in all, it serves as an acceptable closer that’s able to neatly tie the whole effort together.

In conclusion, I wouldn’t call Forest the most innovative or groundbreaking work out there. It stays simplistic and minimal in its entire run, only choosing to add embellishments as an afterthought. While this was the downfall for some of the songs in the short album, this is also where the album’s main strength lies. The album has a simplicity that’s refreshing to hear in a genre that indulges so much in excess, and the simplicity allows the earnestness and the genuineness of the effort to shine unadulterated. Likewise, Lee Seung-gi’s delivery was just as clear, choosing to highlight his vocal control rather than his vocal prowess, a choice I commend greatly.

While the album most prominently embodied the feeling of wistfulness and longing that comes with fall, it also manages to convey the feeling of stillness and serenity that also comes with the season. Ultimately, Lee Seung-gi’s refreshing album gets a 3.6/5 for its ability to find a climax in a largely serene effort, truly being a proper musical representation of the season of the season.

Readers, what are your thoughts on Lee Seung-gi’s Forest?