The Great Seer Disappoints, But Why to Keep Watching 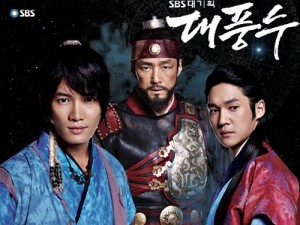 After lukewarm reception for To the Beautiful You, SBS‘s next drama in the lineup is The Great Seer, boasting a cast with stars like Ji Sung, Ji Jin-hee, and Song Chang-ui. The basic storyline intends to follow the change from the Goryeo Dynasty to the Joseon one in the 14th century, with special emphasis on the influence of those with divine sight and the ability to read the land. The drama is in the for the long haul–36 episodes with 14 of them having already aired. With political conflicts, fighting, and supposed powers work to predict the future, what could go wrong?

The first disappointing aspect — and it’s a big one — is the acting. Very few characters have any chemistry with anyone. Most are detached, restrained, and look constipated more than anything. The music adds more to the mood of the moment than the emoting the actors are supposed to do. It’s understandable that some characters need to be restrained, but even in what are supposed to be private confidences, there is little to no believable expression. It’s as if the actors are very aware that they’re acting, trying too hard to convey something, but falling short of the goal. It’s displeasing since greed is one of the primary motivators of most of the characters, yet the emoting doesn’t show any of it, aside from that done by the Head Priestess. 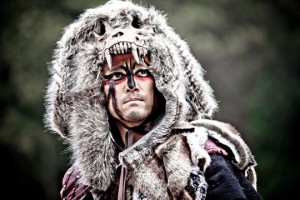 The shining stars are few, but memorable. Ji Jin-hee does a fantastic job as Lee Sung-gye from the start. Indeed, his scene in the first episode was what kept me curious and watching. He manages to make every one of his scenes believable and enjoyable, especially those with his fellow deputy generals. Ahn Kil-kang as the Monk Moo-hak and Lee Moon-sik as the swindler Jong-dae are both exceptional in their minor parts. Oh Hyun-kyung as the Head Priestess is a villain with remarkable restraint in her acting as she works her position to secure power. Her frequent eyebrow lift is a sign she’s about to say something unpleasant and an interesting characteristic unique to her character. Ji Sung is also a breath of fresh air as the older Ji Sang, but he only enters in episode 8, after enough time has passed to make a growth spurt practical.

Speaking of this growth spurt, there are all sorts of problems associated with it. Six actors are exchanged due to the passage of time. Five of them make sense: there’s a logical progression from adolescent to adult. However, the sixth one is uncalled for: the change that becomes Princess/Professor Young-ji (first Lee Jin of FinKL fame, then Lee Seung-yun). She’s a woman with great knowledge of the land, considered a professor that even taught her “son.” So why should her actress have been exchanged along with the others? Her age isn’t near that of the others, and no other actor who was also present since the very beginning was changed. In fact, they barely show any signs of aging, yet another slip up. This is a poorly done casting and makeup job that detracts from the plot. 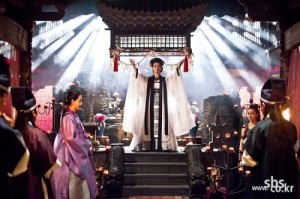 It also makes no sense that the grown up versions of students Hae-in (Kim So-yeon) and Lee Jung-geun (Song Chang-ui) are easily recognized within the palace, even by one another even though they haven’t seen each other in a long time, yet the older version of Ji Sang is completely unrecognizable by all but one person of his past (Ban-ya). Is his change that great? It’s not easy to tell since the much of the main cast did change.

So after these gripes, why should anyone keep watching the drama? One word: plot. This storyline is one of the most intriguing I’ve watched in a K-drama. I’m sure you can read about the switch from the Goryeo Dynasty to the Joseon Dynasty, but the depiction of political strife through drama is infinitely more interesting with its fictional add-ins, even despite the poor acting. The drama’s first scene involved Ji Sang and Lee Sung-gye mulling over the idea of revolution as comrades with a steady relationship, and the current point is so far from there that it’s curious how arrival at that point happens, especially as simpler problems than the welfare of the nation have yet to be answered. The connections of all characters with one another and their roles in relation to one another are also enjoyable to see,

Also in favor of the drama are some of the talents the characters possess. The position of the House of Sungsu–house of divination led by the Head Priestess–places emphasis on astronomy with a little bit of sight and has an alarmingly influential position in relation to the King. The House of Seowon–which plays more with geography and more concrete sciences and numbers–is also important, especially in more practical matters. 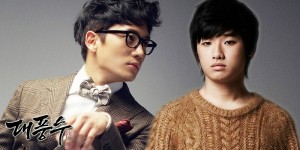 The power of land is a recurring motif as well, making location, as it connects back to the ever-desired location of Ja Mi Won, a fixture in the drama.

These 14 episodes have all been setting the stage. For a 20-episode drama, there would be much more action 14 episodes in. But since The Great Seer is slated for 36 total, there’s more time to set the stage for the complicated action, the type that will really involve itself with the fall of the Goryeo Dynasty. Unfortunately, right now, the more immediate worry is how Ji Sang is going get back into the palace after being kicked out.

Have any of you been watching The Great Seer or are interested to start? Any that gave it a shot but decided against continuing?