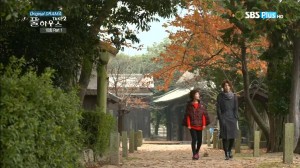 It was another packed week in Kpop as we head into the  last week of November–where has all the time gone?  Seriously, did y’all even have time for you K-pop fix with Thanksgiving, Black Friday, and Cyber Monday/week going one?  Well, if you didn’t here’s your 5 Things recap: DBSK aren’t human they’re “Humanoids,” Juniel sings of a “Bad Man,” Roy Kim won SuperStar K4, Lee Hi gets her own blog, uh site?, the power vocalists of SMTOWN serenade Singapore with “Open Arms,” GD bought his parents a swanky pension, SPICA are “Lonely,” U-KISS go the (short) “Distance,” JYP wrote and produced Lee Hi‘s second solo release “Scarecrow,” the Brave Guys released “I Think I Love U So” for the K-drama Shut Up Family‘s OST, Gavy NJ sings of someone else who is “Pretty,” Goddess likes “Dirty Boys,” I’m loving Full House Take 2 more and more even though the story is a little skechy–but at least they have better hair now, and Seo Taiji is/might be making a comeback–the godfather of modern Korean music just released an MV for the previously released song “Coma” and opened up Facebook and YouTube accounts–I wonder what he’s up to.

The following are the top 5 Things that happened in K-pop last week that I think were a bit more special than the rest.  If you’re not up-to-date with your K-pop beware because spoilers may lie ahead.

5. The King’s Man on The Radio Star

Actor Jo Jung-suk was on the latest episode of The Radio Star along with his co-star from the King 2 Hearts, Kwon Hyun-sang.  Some of you might not know this, but Jo Jung-suk was a fairly successful musical actor before breaking out into the K-drama world with his stellar performances in What’s Up and King 2 Hearts.  Loved this performance of his on the show.

It’s one of the last episodes of the now cancelled God of Victory, it isn’t easy being a K-variety, but in this clip personal trainer Sean Lee shows the cast a great exercise to keep up and build your idol abs–I don’t think this was supposed to be funny.  This is kind of 19+,  just saying.  Can you imagine the fanfic explosion if any boy bands were to really use this method?

3. The return of Lee Seung-gi

The sure thing (in ratings hits), Lee Seung-gi, returned to the music scene with the MV for his newest song “Return” from his 5.5 mini album, Forest.  It’s a nice ballad from Seung-gi singing about a lost first love and a beautiful MV starring popular young actors Kim Yoo-jung and Park Gun-tae who recently starred together as the younger versions of the lead actors in the K-drama May Queen.  Seung-gi will be performing the song live on next week’s Yoo Hee-yeol’s Sketchbook and will also be having his 2012 Lee Seung-gi Hope Concerts in Seoul on December 1st and 2nd. Two thumbs up to Loen Entertainment for again providing English subs for their artists’ MVs.

It’s season 2 of K-pop Star and the search for the next big thing continues.  There was a lot of talk about San Diego native McKay Kim and the performance of his original composition “Month of June” after the episode, but my vote so far goes to the duo 2000 Won made up of friends Kim Il-do and Kim Hyo-bi.  They had a shaky start with their introduction misstep , but other than that they were great.  They did their version of JYP‘s “I Already Have A Woman“ which Yang Hyun-suk said he preferred more than the original.  Keep an eye out for these guys, my only worry is that they probably won’t be able to stay as a group throughout the whole competition.

2AM held their solo concert Way of Love in Seoul this past weekend on November 24th.  Along with their own repertoire, the boys did a few that weren’t including this awesome acoustic cover of some of K-pop’s biggest hits.  They also did this spectacular version of SISTAR’s “Alone,” and at that moment in time I really think that Seulong was thankful that he was still recovering from his leg injury.  I’m kind of disappointed that they chickened out and didn’t wear heels, but I guess we wouldn’t want to see all four of them with leg injuries.  Why Changmin, what wide shoulders you have…