Side B: Hidden Secret 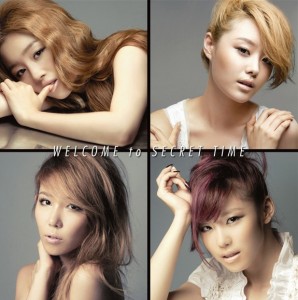 The wonderful ladies of Secret have been on the scene for a little over three years, and since their debut, they’ve been releasing music regularly, racking up a significant discography which worthily complements their promoted tracks. Having analyzed the concepts for each of the group’s promotional releases through documenting Secret’s journey through time, I decided to look through the rest of Secret’s music for hidden gems. To my delight, there were many.

Like other established girl groups that put out excellent tracks other than their promoted releases (2NE1, T-ara, and Wonder Girls), it’s evident that the producers behind Secret put in a solid effort at creating great music for the group with each and every release. Not only are its promoted songs catchy and attention grabbing, they’re also usually accompanied by high quality songs that populate a single, mini, or full album. While Secret’s promoted releases have gotten away from its original R&B sound over the years, its musical roots can still be found in many of its b sides. As always, let’s turn back the clock and start from the beginning.

Debuting in the last quarter of 2009 with “I Want You Back,” the digital single came packaged with the soft piano ballad “3 Years 6 Months.” I’m usually not a big fan of ballads (particularly slow ones), but the emotional impact of this song is so indescribably beautiful that it’s hard not to recommend. There’s nothing fancy or flashy about this song, as its soothing pace and soft piano beat acts as a contrasting counterpart to the livelier electro instrumental of “I Want You Back.” But what really makes this song are Jieun’s powerful vocal and Zinger’s heartfelt rap display. The lyrics reveal the girls’ reminiscence of their time together as trainees and how long they’ve waited for this moment of their debut. Make sure to not miss their emotional performance in their debut showcase where Zinger and Jieun literally break into tears mid song! The acoustic version is also worth a listen for its soulful rendition that is reminiscent of early Brown Eyed Girls.

Secret’s next release came in the first part of 2010 with “Magic” from the mini album Secret Time. There are two songs worth mentioning with this release. “Do as You Please” is a high energy and uplifting song with a standard electro pop composition. It’s a basic dance track that feels like it could easily have been a promoted single if it were just a bit more layered. Throw in some of the group’s trademark jazz instrumentals, an English hook (one that’s better than “Mazik”), and a sassy Zinger rap verse, and this song could have possibly outdone “Magic.”

A much recommended song off of Secret Time is “My Boy,” which falls into one of my favorite K-pop genres: the electro ballad. Aside from featuring Jieun’s usual vocal prowess, a powerful chorus, and a Zinger rap verse (I willfully admit to a Zinger non-aegyo rap bias), it’s the song’s beat that really does it for me. The catchy piano melody laced with the electro pop synth brings out a really soulful vibe that suits Secret’s (or should I say Jieun’s) R&B voice. The song is in a way a combination of the sincere tone of “3 Years 6 Months” with the emotional energy of “I Want You Back.” Not too slow yet not too pop-driven, the smooth R&B of this electronically infused ballad is just right.

In the second half of 2010, Secret further secured its place in the industry with the release of “Madonna” and its similarly named mini album. While the title track was criticized for sounding too similar to “Magic,” the non-promoted tracks expand on the group’s previous musical repertoire. “Hesitant” contains a simplistic 90s styled rap beat that becomes laced with electro synths and percussion instrumentals to create a pleasant pop tune that stays true to the group’s R&B sound largely due to the vocals. Unlike previously mentioned tracks, this one puts other members’ vocals on display as well. Although mostly overshadowed in the vocal department, Hyosung and Sunhwa show they can also hold a note in “Hesitant.”

However, “Do It Better” is the mini’s true standout song as it’s also Secret’s first foray into hip hop. Produced by and featuring Baekchan of 8Eight, the track starts with a strong rap verse from Zinger, proceeded by some “rap-libs” (like ad-libs but for rap), and a strong chorus over a bass and electro heavy beat. Follow that up with more of the same until the end when things pick up even more with another Zinger rap, an intense ad lib from Jieun, and some rhymes from Baekchan. This song would have been a guaranteed hit had the label decided to give it an even modest promotion. Perhaps Secret should look into joining the fray that is aegyo hip hop.

As Secret moved into aegyo territory with their two following releases of singles with just one b side each, its next laudable non-promoted efforts didn’t come until the latter part of 2011 when it released its first full-length album, Moving in Secret. While this album did not hit home for me as much as the group’s first two minis, there are still a few gems worth mentioning. “Don’t Laugh” is another signature slow jam that allows the members (Zinger included) to demonstrate their vocals. The beat is gentle and more acoustic than urban but the group retains its consistent element of showcasing strong and moving vocals topped off by Jieun’s powerful voice.

I can’t of course leave out Zinger’s solo and rap showcase, cunningly titled “Amazinger.” Stylized in the form of an underground mix tape with a very old school beat mixed with percussion, piano, spinning, and even some beatboxing, Zinger brings it with the fierce delivery of a freestyle rap battle. There are no chorus, no verses, or any structural indicators of popular music. It’s just her and the beat. In the fashion of American hip hop from an era once missed, the song is a lyrical boast of her aspirations that drops in shoutouts to her label and group. She also alludes to some of Secret’s hit songs through some cheesy wordplay.

Paying homage to her hip hop roots, she suitably ends with an English phrase, a reference to a line from Nas’ “Made You Look.” See if you can catch it.

After spending most of 2012 promoting in Japan, Secret returned last September with a mini album named after its title track, Poison. The featuring of a jazzy instrumental with an alluring saxophone melody in “Poison” came accompanied by a light jazz-like instrumental in “Falling in Love.” Smooth and soothing as usual, the song lacks the vocal impact or emotional punch of those mentioned before it. Nevertheless, it’s still a decent track that unfastens its audience from the over-processed loudness that is today’s K-pop and brings us back to a simpler time. There’s also a part that is very resonant of an old Spice Girls song. Extra brownie points to the first reader who can point it out!

Lastly, “Calling U” demonstrates exactly how true Secret remains to its soulful R&B roots. It’s as heartfelt as “3 Years 6 Months” and as powerful as “My Boy.” Moreover, the ladies add a spice of sensuality to “Calling U” that goes well with their new sexier image. The dominant flute melody is mesmerizing, the members’ voices are charming, Zinger brings the swag in her rap verse, Jieun’s range in the middle eight and ad libs are stunning as usual, Hyosung is allowed to demonstrate her vocal ability, and Sunhwa…contributes in her own way. Don’t take my word for it; check out their performance on M! Countdown.

Secret also released several original b sides in its full length Japanese album, Welcome to Secret Time. I won’t go too much into it since the group’s Japanese releases attempt a different image and sound which I’m not too fond of. But for those who are curious, be sure to check out the J-pop induced fun that is “Welcome to Secret Time,” (short and spunky intro courtesy of Zinger) “Secret Dream” (again, Zinger saves this song for me), and “I Miss You” (touching acoustic track).

With Zinger to return shortly from the unfortunate car accident last month which sidelined her with a bruised lung and broken ribs, as well as abruptly ending the group’s promotions for “Talk That,” Secret looks to quickly rebound and regain the momentum it generated in 2012. Let’s hope for more sassy, sensual, and downright soulful releases from Secret in 2013!