In the past year alone, it’s seem as though Block B has been a hot topic. Despite their lackluster debut, an explosive controversy, and the current lawsuit underway against their own label, Block B has made good on their promise to be a new breed of artist on the pop scene.

Since their rise to the fame, Block B has been busy trying to rock the candied K-pop world with some serious hip-hop flavor, and have becoming more and more successful with their music ever since they arrived. Their latest full length album Blockbuster can attest to the fact that these kids are trying to do something more with their name than just make the headlines. 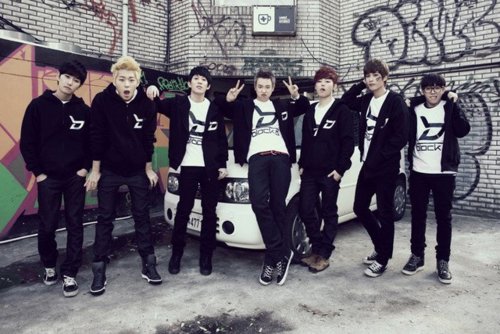 So to distract the music listening community and the devastated BBC’s from the legal drama unfolding before Block B, I’ve decided to take this time to remind everyone of just who is at the helm of the team, the mastermind behind the music, the GD look-a-like who can rock a verse better than he probably knows it: Zico.

For those of who you don’t know the story, Ambika could tell you a little something about pre-debut Zico, but in a nutshell, this rap machine was discovered back in 2009 after recording a single with Kyung, who was then known as Holke. Prior to being raised under Cho PD’s wing at Brand New Stardom Entertainment, Zico was a rapper on the underground rap scene for a number of years. 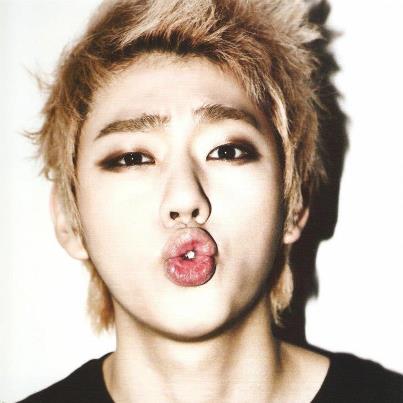 During his time at BNS, Zico wrote, composed, and produced his own full length mix tape called Zico on the Block. Though he was the youngest among the group that would later become Block B, his skills and his experience put him a clear line for position of leader. Thus, throughout Block B’s career, Zico has spent a significant amount of his own time involving himself in Block B’s music production as well as steering their musical and conceptual direction.

Block B took a long hiatus in the aftermath of the Thailand interview controversy they were involved with last year, and in that time it appears as if  Zico continued to focus on his music. Accompanying the release of their stellar comeback album Blockbuster, it was announced that Zico would be releasing another mixtape, with a pre-release treat on Chuseok this past September. Since then, Zico has been releasing ZICO on the Block 1.5 over the months, track by track, to keep us hungry fans wanting more each time.

Since this is volume 1.5, I’m assuming this mix tape as whole will mostly likely be shorter than the nineteen track ZICO on the Block that was dropped on the masses back in 2010. So far, only seven tracks have been released, but I’m not sure we’ll be seeing new additions any time soon given the lawsuit currently underway between Block B and Stardom. Some think the mix tape is complete, but others seem to disagree and the current songs are all only pre-releases. Either way, I’d love to offer up my take on what we do have of ZICO on the Block 1.5, hence, the story so far.

Warning! Prepare yourself for some mature language!

First priority is appearance
Eventually a wholesome face goes under the knife
A systematic production of human weapons
music bull shit? they wanna be famous aight?

Because I said let’s become a star, I’m on the verge of insanity
I become a prey on my own, stirring my spoon
Battle royal, a profession where I must survive
If you waver you’re disqualified, move it just begun 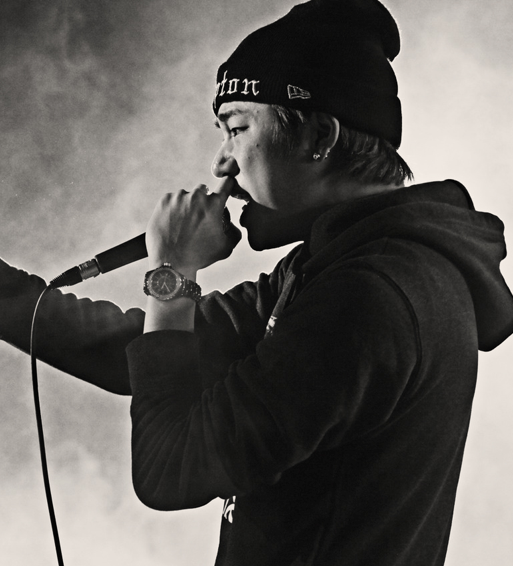 “Battle Royal” was Zico’s pre-release track as well as his Chuseok gift to fans in the fall of 2012. The melody to this number is extremely simple: the instrumental is primarily a piano piece, sprinkled over with a few subtle beats that carry the flow of the lyrics and some synths throw in here and there to break up any monotony that might arise from a such a consistent sound.

Don’t let this simple melody trick you, however, into thinking the song is any bit casual. Zico illustrates the dark flip side to idol life, his tone almost bitter but still humble. He confronts the demands of the idol life head on, and the song bleeds of the tension and competition that is apparently a constant pressure he can’t avoid for a young artist like himself. “Battle Royal” proves itself to be a fitting name, as Zico makes out his idol life to be a game of survival of the fittest.

On the night of the SBS Gayo Daejun, when all your faves were lighting up the end of the year in elaborate performances wearing eye catching outfits, Zico took to the underground. He was one of the many artists on the roster for the South Town Show Vol. 6, and took to the stage to command an audience. He performed several of his mix tape tracks, old and new, among them my favorite new track “No Limit.”

Music was just a hobby but in a moment it changed the direction of my path
I learned hip hop culture by crashing into it bare bodied, the streets are my museums
Rolling [hall], sound holic, drug, I rapped without pay if they stood me on stage
I made a few fans, harmonics organized, single debut
The suggestions of the adults around me, “Do you want to audition?” My visuals suck, besides I can’t sing
There’s no rule that a person should just die, I turned my chair4 without using my hand, ‘Demo Tape’
A call rang a month later, I ran out in surprise
Cho PD and Rhymer realized a sprout, nineteen’s first Fantasy
A stamp on the contract, a significant sense of belonging, now feeling like a pro
Team, leader, responsibility, community lifestyle, always one step ahead
Look more and proove with results, non-verbal
I’m always gon be true, I’m the roof and the pillar, I can never lose, everyone come at me

Fill up history with the past, the present
Flip upside down this boring development
My first romance still makes my heart full, breath deeply
Nobody’s Perfect, I remember that time deep in my heart

In “No Limit,” Zico takes us back to where he began and walks us through the story of his rise to prominence. The song recounts a both a passion and struggle; music has taken over Zico’s life but where it was taking him was a question he couldn’t really answer. All he knew was music, but their were many that criticized his one track mentality. Thus his journey to the airwaves was a war he fought on his own, which is why I think this song takes on a ‘me against the world’ type of fighting feel. You can just tell how deep the lyrics run, especially when Zico become so absorbed when performing this song–you can see him meaning every word that’s flying off his lips as if they were his dying words. His struggle to the microphone was painted with his blood, sweat, and tears.

The melody amplifies the pride in this song, and runs through a clean, consistent beat the entire way through. The complexity of the music again comes through the rap, and for the most part the instrumental remains simple but powerful in the way is frames the story.

“Cocks” is the head-turning track on this mix tape. This song is about addressing the competition, brushing off the haters, and calling out the amateurs.

What’s your dream, does a vision for you even exist?
We live in a world of professionals, of businessmen, of billionaire salaries
Policemen, lawyers, king singers, the underground’s return of glory
But wait, why do you think you can discount effort? It’s a frequent occurrence
Jealous haters tackling my dream
They do nothing to achieve their own, such a good life they’re living
Grow up and gain a conscious because the gentlemen and the pathetic are divided once we hit our 20’s
Has it hit you yet? All you’ve done is play, eat, shit, sleep all day

Zico takes on a more aggressive approach to the delivery of this song, which is dramatized by the heavy bass and dark use of wind instrumentals. “Cocks” is Zico in his most organic element, I think–the lyrics are an onslaught of angst and edge completely uncensored to his harsher feelings. To top off the climax, Zico throws down a mad speed rap that flies so fast and drops so hard that it leaves listeners almost awestruck.

Though I really couldn’t tell you why this song is dedicated to all his ‘cocks,’ all I know is this is my favorite side of Zico. He does a good job of bringing a variety of sound to his mix tapes, but “Cocks” seems most representative of Zico’s central music character. This ‘all up in your face, you can’t touch this’ attitude is what propels his more headstrong lyrics, and fits best with his manner of delivery. This is where his unique sound can be heard at it’s best and where Zico is the most illustrative in his rapping ability. If you’re going to listen to any of these tracks, be sure to get your fill of “Cocks.” 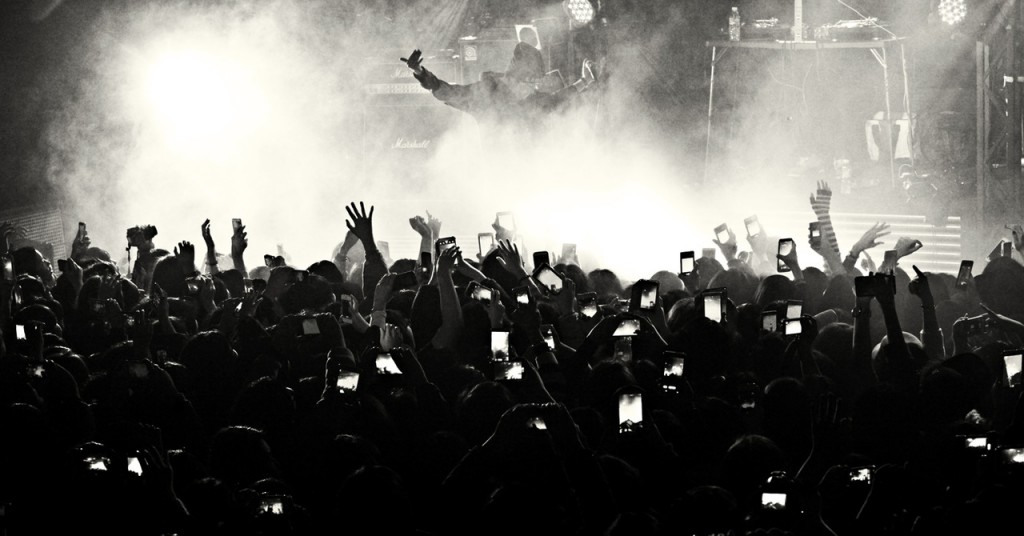 There are four other tracks on ZICO on the Block 1.5, but I’ll leave the rest of the exploration up to you! Hopefully this look into this mix tape showed you a not so typical side to an idol on the mainstream, and that you’ve been enlightened with some good music. I thank my lucky stars that an artist like Zico is always making music in his down time, and I just know he’ll come back to wow us just when we least expect it, either with more tracks for 1.5 or an entirely new mix tape or with Block B. This kid is unpredictable, exciting, and utterly impressive, and if you’d like a chance to get to know him, crack down on this mix tape!

And to those BBCs out there biting your nails over the recent drama, don’t forget that Zico is the leader of his pack! With rhythm and flow and passion like his, Block B will find their way. Keep your heads up!

(Block B’s Official Daum Cafe, Lyrics from B ON THE BLOCK, ZICO on the Block Vol. 1 available at hiphopplaya.com, South Town Vol. 6 performances and photos from something-good.kr)