No Hate for Baek Ji-young's "I Hate It" 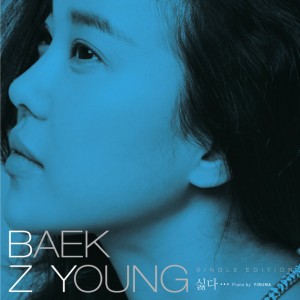 The famous Queen of Ballads, Baek Ji-young, has recently come back with single “I Hate It,” her first official release since last year’s empowering and sassy “Good Boy” in May. A gorgeous contemporary ballad through and through, “I Hate It” has Baek Ji-young go back to her more somber roots, and I have absolutely no complaints over the move. While the vocalist’s more upbeat pieces can be mindless, catchy fun, being efficient ways to expand her fanbase’s demographic by attracting more youthful fans, it can’t be denied how suited Baek is to ballads.

Her voice is powerful yet delicate, illustrating amazing and trained emotional capacity that is certainly fully utilized in her emotional pieces about love or heartbreak. Surely, her title as Queen of Ballads is very much justified, and her ballad pieces are definitely among the most noteworthy on the current Korean music scene. “I Hate It” is only a testament of Baek Ji-young’s skill in her craft, demonstrating all there is to love from Baek Ji-young.

In partnership with renowned pianist Yiruma and skilled producer 2Face, Baek Ji-young absolutely delivers with a sophisticated piece driven by powerful vocals and accompanied by an interesting instrumental. Starting off with a grim and barren piano instrumental performed masterfully by Yiruma, the sound is later enhanced with the introduction of the rich orchestral instrumental. The song sees its climax with the commencement of the chorus as the tempo suddenly hastens, bringing the more climactic orchestral instrumental at full center, gently rising above the stable sounds of piano to create a much more dynamic sound. 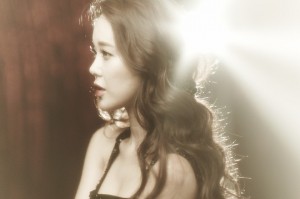 Yet despite the song’s layered and prominent instrumental, Baek Ji-young’s voice is never lost or overshadowed. Rather, Baek’s voice works in full tandem with the complex instrumental, rising and softening her voice along with the progression of the song. Baek’s emotional capability is truly exceptional, and it fully takes the spotlight in this song. She manages to sound fittingly distraught and hollow in the subdued verses, and she is also able to perfectly embody the mix of melancholy and desperation in the chorus and bridge. Moreover, the power in Baek Ji-young’s voice is undeniable. The smartly and tastefully placed vocal acrobatics sound divine, having all the greater impact after flowing seamlessly through the song’s delightful build up.

Furthermore, the combination of Baek Ji-young’s emotive execution and the song’s sorrowful lyrics make for a deeply affecting and powerful piece. Talking about a woman whose longing and heartache has slowly morphed into uncontrollable anger and hatred, the beautiful lyrics shine light years above the sad state of lyrics in K-pop at the moment, with its touching honestly and melancholy being a refreshing and rejuvenating sight to see. The lyrics, at first timid and enclosed, slowly get more and more honest as the song deepens, matching the overall progression of the song. And paired with Baek Ji-young’s magnificent, emotive voice, the meaning and the intention of the song is made perfectly clear, making for an overall poignant and sentimental listen.

I hate it, a me without you
I hate it, a you without me
I’m still in this spot though the lights are turning off 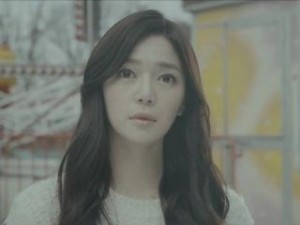 As for the music video of the song, it is as aesthetically pleasing as the song is pleasant to the ears. The video opens with the female protagonist walking into what appears as an abandoned amusement park. The majority of the video is filmed under a highly effective filter that gives the video a fitting washed out and depressed aesthetic, helping create the overall mourning environment of the song. The stark image of the usually colorful amusement park under the faded filter is an absolutely jarring sight, and the female protagonist’s flowing white dress makes her look especially discolored, establishing the jaded ambiance. Both the white dress and amusement park — usually symbols of innocence and naivete, as well as the plentiful looks of reminiscence and regret shown by the female protagonist, assist in creating the feelings of familiar nostalgia and bittersweet yearning, the very feelings the song conveys.

The video then shifts to similarly bleached flower shop, where she meets with the illusion of her former lover (also the pianist who is frequently shown in the majority of the video) who gives her a white rose before disappearing. It’s a very fleeting sight, yet when one peaks into the text printed on the window of the shop, it clearly says Wonderland. This hints that the current setting is supposed to be childish paradise, yet the depressed and lonely ambiance says suggests the contrary, being devoid of happiness and color for whatever the reason. 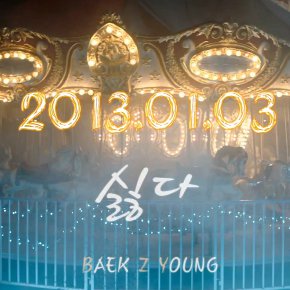 After seeing her reappeared lover on the roof of what appears to be a small castle, the protagonist swiftly rushes inside, to be greeted by a dazzling, crystal-like room decorated by white carousel horses. Baek Ji-young is absent for the majority of the video, yet it is in this room she makes her first appearance during the song’s more climactic second chorus. Framed in the middle of the room, Baek Ji-young wears an expression of hopeless desperation as the lyrics she sings begin to get increasingly revealing and desperate.

I hate all the love in the world and I hate us, who will be forgotten …
I hate myself for hoping you’ll come back, for not being able to let you go

As the song temporarily calms at the start of the bridge, the perspective is brought back to the protagonist, who’s wandered back to the amusement park she was previously in, namely in the colorless carousel she was inspecting. Matching the progressively stronger pace of the bridge, the lights on the carousel slowly turn on, symbolizing the protagonist’s acceptance of her desperation and longing. The carousel is the first sense of warmth in the cold video, and the way it glows against the dark background provides a hopeful and stunning contrast. At the video’s conclusion, while the protagonist is clearly shown to be grief-stricken and overwhelmed with emotion, it is implied she is at a warmer, more satisfied state in life, ending the video in a optimistic note. 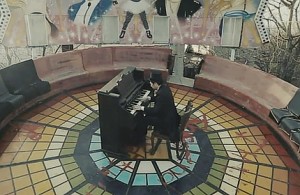 As said, Baek Ji-young’s “I Hate It” is an emotional, easily relatable, and deeply affecting piece, and its beautiful accompanying music video only makes the song’s intention all the more clear. The lyrics of the song were delightfully meaningful and heartrendingly revealing, a clear contrast from the state of lyrics in today’s K-pop scene, and the song and music video only further contributed in getting the song’s meaning across. All in all, Baek Ji-young’s “I Hate It” demonstrates all there is to love about Beak Ji-young, and deserves a 4.5/5 in my eyes.

Readers, what are your thoughts on Baek Ji-young’s recent music video? Leave your comments and interpretations below!