Recently Bill O’Reilly, the host of talk show The O’Reilly Factor on the FOX News Channel, discussed PSY and “Gangnam Style” in his Back of the Book segment. “Discussed” may be a bit strong, perhaps “misinterpreted” would be better or even “misunderstood.” The point is, what he was passing off as a serious discussion with a mental health professional about the song was in fact a grossly misinformed interpretation that bordered on offensive. Between O’Reilly and the so-called psychiatrist, Dr. Ablo, he consulted with, it was a fun-fest of rich white guys judging everything they don’t understand, with a little bitterness about the lack of morals in pop music to boot.

O’Reilly begins his commentary on a good foot by being as condescending as humanly possible and calling “Gangnam Style” “special.” This is a bad way to start a discussion about anything if you want people who are actually informed about the subject to take you seriously. He further digs himself into a hole when he compares PSY to Justin Bieber, which happens more than once in the video. No offense to Bieber, but he isn’t well liked in the K-pop fandom, or any fandom so it seems (except his own), and despite the fact that PSY and Bieber are now on the same label it isn’t doing either of them justice as musicians to compare them, especially based solely on YouTube views. This is the same way comparing K-pop groups is pointless, it only makes people mad and doesn’t help either group. 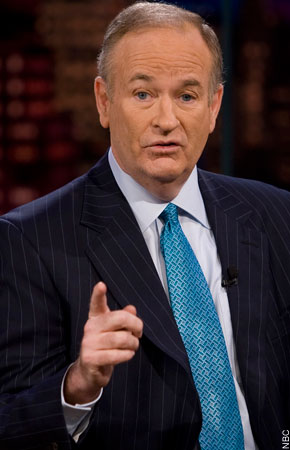 After that, it goes from bad to worse. If you haven’t watched the video, brace yourselves, because O’Reilly and Dr. Ablo go on to repeatedly refer to the song as having no intelligible words. Now, remember, we can’t take anything O’Reilly says seriously, but it is hard not to when the comment is so blatantly ignorant of other cultures and countries. The song does have intelligible words–they just aren’t in English. The words are perfectly understandable to people who speak Korean; like PSY, for example.

To continue the cultural insensitivity, O’Reilly seems confused about where PSY is from. This is up for debate, because some people think he said Pyongyang, the capital of North Korea, and some people think he simply said something racially insensitive such as YingYang. Either way, that isn’t where PSY is from (he’s actually from Gangnam District, Seoul) and calling him fat and making generalizations about his place of origin is unacceptable.

So why is Bill O’Reilly on TV if he is nothing more than an ignorant racist? Well, I’m not sure if this makes his comments better or worse, but he is actually a well-educated man. After scoring a perfect SAT score, O’Reilly went on to graduate from Marist University for undergraduate and then earned a master’s degree from both Boston University and Harvard. Despite the ignorant conservative image he portrays, we can be rest assured that he knows a thing or two about the world. If that is the case, then why say such ridiculous things about PSY and “Gangnam Style”? The same reason he says all inflammatory things he says, because it gets FOX News viewers and ratings. As a primarily right-wing news channel, FOX does good business by having someone say the most offensive things possible so both conservatives and liberals will tune in, for one reason or another. 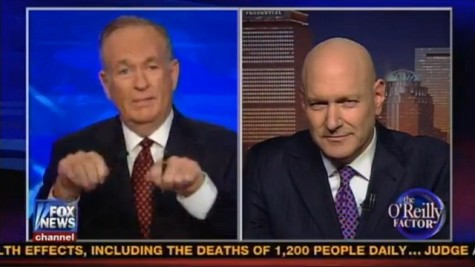 Is Bill O’Reilly really so clueless as to not have realized the magnitude of the PSY phenomenon until now? Possible, he is old after all, but more likely it was just a slow news day and since the presidential election is over he needed a new group of people to piss off. All things considered, K-pop fans and the Korean population may have been a poor choice. We all know how passionate K-pop fans can be, and insulting their sub-culture and popular groups never ends well. More importantly, by completely disregarding the Korean language O’Reilly is writing off the entire Korean population, which is racist, to be blunt. Not everyone speaks English in this world, after all. Having people publicly making comments like O’Reilly’s also damages the chances of K-pop groups getting popular in the US, and other countries, because they will be seen as “having no meaning.”

The overall message O’Reilly and Dr. Ablo are getting at is that pop music these days is lacking in substances and deep meaning, and yet people eat it up because the society is craving that thoughtless beat. “Gangnam Style” is not the best choice of songs to represent this message since it is often interpreted as having a deeper satirical message about the rich population of the Gangnam district. A better example from K-pop would have been T-ARA’s “Yayaya” because it uses lots of nonsense words instead of English or Korean, making it rely almost entirely on the catchy rhythms. However, to be fair, a lot of pop music, in all countries, relies heavily on the catchiness of the song as opposed to having a moral message. So as far as O’Reilly’s overall message goes, he isn’t too far off base. Pop music is popular because of its mass appeal created by addictive beats and fun, easy to follow dances, we all know this, and for many Americans, or non-Korean speakers, that is all “Gangnam Style” will be, unless they research the lyrics. 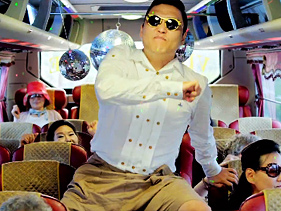 In the end, O’Reilly turned out to be far more moderate than Dr. Ablo, and even if he didn’t say anything specifically nice about “Gangnam Style” at least he didn’t equate it directly to a harmful drug like the doctor did. The thing to remember is that Bill O’Reilly is paid to get people worked up, so anything he says about PSY, “Gangnam Style,” or K-pop in general is meaningless (just like PSY’s lyrics, am I right?). Even if O’Reilly isn’t actually ignorant, he plays that up as his image for his show, so as a fandom it is important to dismiss his words as the publicity stunt they are and move on without getting too mad. Lastly, I’d like to say, as an American, I am sorry for the image our country is portraying by allowing people like O’Reilly on TV. There are people in the country who follow every word O’Reilly says, but a larger proportion sees him for the nut-job he is. Suddenly I feel like a K-pop production company apologizing when their idol says something wrong.