Sunny Hill’s Nostalgic Tribute to Childhood in “Goodbye to Romance” 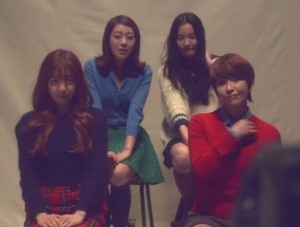 Christmas – a time to celebrate with friends, family, and loved ones. What better holiday is there to reminisce on the wonders of being a kid? As we grow and mature with age, the magic of Christmas becomes lost as it seems gradually less significant with each passing year. For many, it is a time to look back and reflect, and it’s also a time to cherish the memories of years past. It is the most nostalgic time of the year because it reminds us of the joys we experienced as a kid.

After making its name through commercial hits with relevant social messages and moralistic themes, Sunny Hill returns with a sentimental yet upbeat ballad suited towards the mood of the holidays. Crafted by the usual suspects behind Sunny Hill’s lyrical hits, Lee Min-soo and Kim Eana decided to go in a different direction with this latest release. Whereas Sunny Hill’s last four releases were centered on concepts ranging from dazzling to quirky, the artistic styling for “Goodbye to Romance” seems rather plain and mundane by comparison. The members don’t dress up to mimic grasshoppers or circus performers, but instead they are bundled up in cozy sweaters. The lyrics aren’t meant to instill a message for the wary listener, but they’re there to express a touching emotional sentiment. The MV is uncomplicated, yet it supplies layers of depth to accompany this touching holiday song. Fortunately, LOEN has taken the initiative of embedding subtitles for us on their YouTube channel. If you haven’t done so already, take a look at how the scenes in the MV parallel the song’s lyrics. 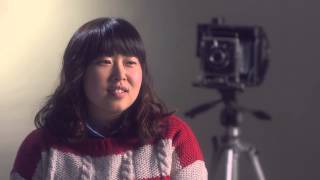 The teaser introduced us to the topic of the song in an interesting way, splicing together interview clips of people speaking about their awkward experiences of one-sided love. Again, much praise should be given to LOEN for also embedding subtitles in the teaser (and in all of the recent videos it has posted on its YouTube channel), allowing international audiences to gain a deeper understanding of what to expect from the song without having to frantically search for fanmade translations. The sudden inclusion of Sunny Hill members at the end of the teaser creates a visual blending effect which makes it hard for the casual fan to distinguish the members from the everyday individuals. It wasn’t until my second time watching the teaser that I realized they were even there! This juxtaposition of the members in their holiday sweaters, next to ordinary people, convinces us that they were once regular people who also experienced rejection and one-sided love. In fact, Jubi admits in Sunny Hill’s CSI segment (subtitles included once again!) that when she was in elementary school, and before she obtained her current idol looks, she once stalked her first love. How endearing.

“Goodbye to Romance” follows through on this premise of one-sided young love by tracing the progression of the narrator’s first love, one which runs through the golden years of her childhood. Through the unfolding narrative, we are reminded of childhood and the innocence that is attached to it. The song’s title speaks of a goodbye to romance, but what it’s really implying through the lyrics and MV is a goodbye to the fine memories of childhood. This is nostalgia, a longing for the perceived betterments of the past, at its utter finest.

As the chorus states, the narrator’s romance is that which feels “just like yesterday.” She is defining her past as a time of romance, perhaps the purest romance she’s ever known and that could ever exist – the romance we all once felt for our first love. She is equating this romance to her childhood. That is, the romance of her first love is a memento of her childhood, a symbol for the privilege of innocence she enjoyed as a kid. “Even the quivering and the longings were beautiful.” She clearly romanticizes her past, even reminiscing on times of struggle in the fondness of memory. 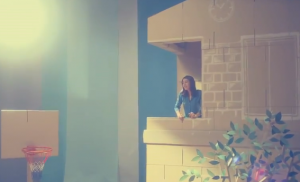 In the end, she must say goodbye to the past, goodbye to the delights of growing up, and goodbye to all the things she misses about being a kid. Although she’s no longer a child, the wonderful times of being young and innocent will always be in her memory. “Goodbye to Romance” is more than a farewell to one’s first love; it’s a goodbye to the innocent child we once were.

Through this lens, the MV may also be viewed as a nostalgic tribute to childhood. In essence, the narrator is reflecting and remembering her childhood through her first love. The transitions of the childhood scenes are brisk as the little girl going through her sister’s drawer becomes a starstruck pre-teen and then an obsessed high school freshman in a matter of seconds. In the end, the Sunny Hill members are juxtaposed with younger versions of themselves, and the nostalgia kicks in full throttle as the Christmas setting reminds us of how wonderful a time of the year it is to be a kid.

On a side note, it’s quite positive to see children in a K-pop MV which does not attempt to exploit them sexually. In most MVs that deploy children, they are generally displayed as miniature versions of girl group members through their dress and appearance. Since girl group members are often sexually exploited themselves, when children are juxtaposed in the same exact fashion, the sexuality of the adult (or teen) becomes transferred onto that of the child. Not that K-pop companies are endorsing child porn, but child sexuality in the media is an explicit form of sexual socialization which kids pick up on at a very early age. A recent culprit in this practice was CCM for depicting the members of T-ara next to their miniature versions in a teaser image for “Sexy Love.” It also planned to put the kids on stage to perform with T-ara, but fortunately the creepy collaboration never came to fruition.

Although the children in “Goodbye to Romance” also played miniature versions of the adult female members, they are not being sexually exploited because Sunny Hill isn’t being sexually exploited. Instead, they’re there to add meaning to the song. If it wasn’t clear from the lyrics, the MV makes it quite evident that remembering the innocence of childhood is the fundamental topic of the song. It’s great to finally see children depicted in a way that is suitable and appropriate – as innocent beings who remind us of the magic of Christmas. 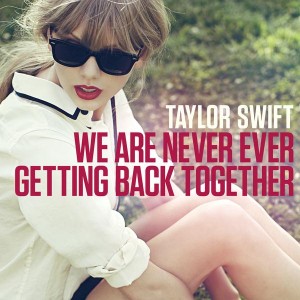 One final element that wonderfully ties the MV into the song is the fantastic use of one-shot cinematography. For those who are unfamiliar with one-shot camerawork, watch this, this, and this, and then watch the MV again. Notice that there are no jump cuts because the entire MV was shot in just one take. Joining the ranks of Spice Girls, Big Bang, and Taylor Swift, Sunny Hill’s take on the one-shot MV is by far the simplest and least flashy, but perhaps the most meaningful and touching. The predesigned sets which delicately allow for the swift scene transitions are certainly a creative element borrowed from Taylor Swift’s MV. Similarly, the focus on telling a story as opposed to simply being catchy distinguishes Taylor Swift and Sunny Hill’s productions.

The use of one-shot cinematography in “Goodbye to Romance” provides an additional layer of meaning to the song in that it puts an added emphasis on the progression of time. Through the magic of one-shot, the narrator’s story of first love is put on uninterrupted display and before we know it, the children are no longer carelessly enjoying a sleepover, but are fully-blossomed adults who can only reminisce about being kids again. In a matter of minutes and through just one shot, the audience is exposed to a lifetime’s worth of cherished memories. If a picture is worth a thousand words and a video is worth a thousand pictures, then a one-shot video is worth even more than that. What are some of your favorite one-shot videos? Please do share!

In observance of the Christmas spirit, what are some of your favorite childhood memories of the holidays? What childhood “romances” (literal or figurative) must you say goodbye to?