Play That Sound: Best Albums/Minis of 2012 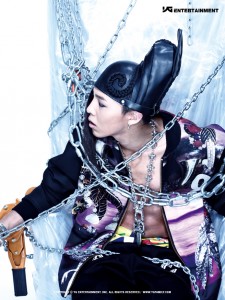 2012 has been an undeniably strong year for K-pop music, and the albums emerging from the K-pop scene this year have been no exception. You showed your love for your favorite albums and minialbums from 2012; here are our picks from this year.

From some wonderful songs courtesy of our favorite idols to the continuous updates on the unprecedented success of Psy’s “Gangnam Style,” 2012 surely gave us fans an earful. But of course, some of the most enjoyable listening experiences of the year were definitely the albums.

Out of this year’s lineup of albums, there was a very obvious trend for mini albums or EPs. Of these numerous releases, I thoroughly enjoyed a good handful, with releases from B1A4, Wonder Girls, TaeTiSeo, and Juniel being notable favorites of mine. However, of these countless efforts, my choice for the best mini album is pretty clear: Big Bang’s Alive.

I’ll be honest here and say that I’m not the biggest VIP out there. I enjoyed some of the group’s earlier work but soon lost interest come “Tonight.” However, Big Bang’s Alive was definitely a listening experience I genuinely enjoyed. After being buried with controversy, many were anxiously anticipating Big Bang’s return to the music scene. Their actual return with Alive was not as over-the-top or grandiose as some were expecting, being much more subdued. But don’t get me wrong; it was far from a disappointment.

Actually, it was this subtlety and refinement that made the album so pleasurable to listen to. The mellowness made the effort feel so natural and effortless, something I was desperately missing from Big Bang in “Tonight.” From the sophisticated sounds of “Blue” to the guilty pleasure that is “Fantastic Baby” to the sheer likability of “Bad Boy,” the album was a consistently marvelous listen, featuring a much more polished and dynamic Big Bang.

While 2012 was undoubtedly dominated by mini albums, there were still a handful of notable full length albums, and what albums they were. Actually, while these efforts were a clear minority, these full length albums were some of my favorite efforts of the year, for these albums carry a wholeness and a completeness to them that is often lacking in mini albums. 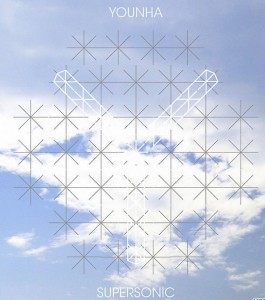 One such album is Younha’s Supersonic. With her last Korean effort being her two-part third album back in 2009, Younha was gravely missed in the music scene. Her return with Supersonic was a long awaited one, and it proudly featured a Younha with more control in her own music. The album takes Younha away from the spunky, youth-oriented pop-rock direction she was pigeonholed to, and instead utilizes Younha’s heavenly voice for a much more mature, mind-blowing listen.

Starting off with the powerful “Supersonic,” despite its huge length, the album never falters one bit, gripping a listener’s attention throughout. Supersonic fully displays Younha’s versatility and vocal prowess, soaring through the climactic “Set Me Free” to the much more mellow “Rock Like Stars” to the very emotional “Would We Have Changed.” The album, as a whole, is a magnificent one, easily becoming one of my absolute favorite releases of the year.

However, my choice for the best album of 2012 belongs to Nell’s divine Slip Away. Nell’s first effort following their long hiatus of four years, the album is simply full of quality gems that are absolute treats to hear. Employing a considerably more bare and basic sound compared to their previous work, the effort is just an absolute breath of fresh air in the excessive world of K-pop with its heartbreakingly honest lyrics and carefully constructed sound.

This album is, in my humble opinion, Nell’s best yet. Every little note in the album matters, and absolutely nothing is put to waste. All the tracks are very fulfilling listens, with the songs transitioning perfectly into one other, making for a very cohesive and innovative experience. Heartbreaking, poignant, yet simple at the same time, Nell’s Slip Away is, without a single doubt in my mind, my favorite effort of the entire year.

In retrospect, 2012 was a good year for album releases for me — not necessarily because 2012 was a particularly strong year for albums and minis, but because I didn’t spend a lot of time paying careful attention to the K-pop scene. As I mentioned during my midyear review from a few months back, it’s becoming increasingly evident that the album format in mainstream K-pop is dying. K-pop idol music is more dependent on the promotion of a single title track, to the point where the other tracks on the album have become mere decoration.

That said, all of my picks for best album this year were not from idol groups that I usually listen to or fangirl over, and I think there’s a certain joy and purism that comes with discovering and taking a liking to music from an artist that you don’t routinely listen to. It’s an indication that the music is being appreciated for music’s sake — and at the risk of sounding like a K-pop elitist, I think that’s something that’s generally hard to find in K-pop. 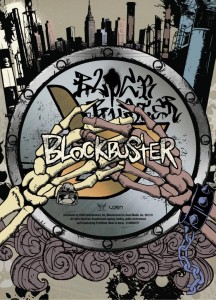 Don’t get me wrong; 2012 was a great year for K-pop music and it was really difficult to choose my favorite albums from the latter half of this year, even despite having not followed K-pop closely for quite some time. But when it came down to evaluating an album for the strength of its music alone, three albums in particular stuck out to me: Block B‘s Blockbuster, Wonder Girls’ Wonder Party, and Urban Zakapa‘s 02.

Blockbuster garnered the most votes in our poll by quite a stretch, and for good reason: this was an incredibly strong album that really showed off Block B’s multidimensionalism as a group, which is something that I felt their previous releases lacked. While Block B is billed as a hip-hop idol group and are propelled forward by Zico, P.O. and Kyung’s rapping, Taeil and Jaehyo consistently deliver strong, well-above-average vocals that, together, make for a fairly unique group capable of tackling all kinds of music. Blockbuster capitalizes on all the members’ strengths with a strong, diverse tracklist that succeeds in showing off the group at its best.

With the sheer volume of new K-pop groups debuting left and right, Block B managed to set themselves apart not necessarily by their strong “hip-hop” image (because let’s face it: at the end of the day, Block B is still a mainstream idol group through and through), but because their rapping can outdo any idol “rapping” any day of the week, and they’ve got some pretty strong vocalists to boot. In other words, Block B plays the same idol game as any other K-pop group and makes music that falls comfortably in step with the rest of the K-pop scene. Even certain tracks on Blockbuster testify to this; songs like “Movie’s Over” and “Mental Breaker” were some of my favorites from the album, but there’s no denying that they were relatively “safe” tracks that don’t really offer anything new to the K-pop scene. But at the same time, there’s something distinct and almost intimidating about Block B’s music that tells the listener that Block B is not a group that will be easily imitated or replaced. Using a song like “Nilili Mambo” as the promotional track is a clear indication of this. Block B has both the skills and the balls to bulldoze their way through K-pop, and it’ll be interesting to see how they progress in coming years. 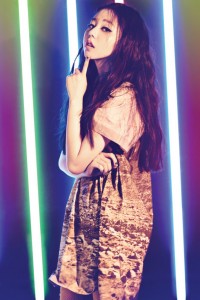 It always seems as if Wonder Girls’ work in Korea is constantly overshadowed by intermittent “news” of their “upcoming” full-length US debut album. Their second Korean minialbum seemed to be no exception; Wonder Party only contained six songs — one of which was the previously released “The DJ is Mine.” All in all, it didn’t really seem as if Wonder Party was supposed to be any sort of milestone for the Wonder Girls. Nevertheless, I really took a liking to this minialbum’s hip-hop flair. Even the promotional track, “Like This,” was really different from anything Wonder Girls had released in the past. “Girlfriend” is, hands down, my favorite song on the album; I’ve been waiting since forever for a K-pop girl group to release a ballad that was sensual, sophisticated, and emotional all at once, and “Girlfriend” delivered with just that.

I was interested to see that even though Wonder Party demonstrated a really new, refreshing musical side of the Wonder Girls — one that would’ve otherwise been highlighted and emphasized to no end had this been a big comeback for them, it was still a really understated release. It made it seem as if the Wonder Girls and JYP weren’t even aware of their own musical evolution, which is neither a bad or a good thing. If anything, it’s an indicator that the Wonder Girls have been growing a lot despite their absence from the K-pop scene, and they’ve been growing in a largely positive direction. Now, it’s up to their management to decide how Wonder Girls will use their newfound growth to reclaim their spot in K-pop royalty — that is, if they choose to do so at all.

Urban Zakapa is everything I want in an indie band: smooth, piano-driven instrumentals with jazzy vocals. I fell in love with their Beautiful Days EP earlier this year, and even though I still can’t decide if 02 has taken over the spot that Beautiful Days has in my heart, it nonetheless features some strong, easily likable music that doesn’t try to be anything that it’s not. “Back In The Day” features the failsafe, pop-jazz sound that I love about Urban Zakapa, while “Fly” is an evenhanded ballad that almost hurts to listen to. The whole album is minimalistic, clean, but nonetheless full of character, and though I find that indie bands are often criticized for making repetitive music, there’s something comforting about the consistency of Urban Zakapa’s sound that makes that criticism almost negligible. Vocalist Jo Hyuna described Urban Zakapa as “a place to return to” — an apt description indeed; to me, listening to Urban Zakapa is a bit like going back home.