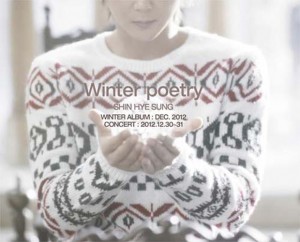 As the brooding month November takes its leave, the chilly month of December soon replaces it, bringing along with it the excitement of the holidays, the frigid weather, and of course, the melancholic winter songs. Acoustic seasonal albums have been popular this year, with many of these works using the seasons as their overarching motif. At first there was the budding IU, who portrayed spring through her Spring of a Twenty Year Old, followed by Juniel‘s optimistic thoughts on summer, shown in her debut album My First June. Lee Seung-gi‘s Forest came soon after, attempting to embody the bittersweet nature of autumn. Being such a potent theme, the season of winter would certainly not be left out. Shinhwa‘s Shin Hye-sung takes another go in handling the robust and dynamic theme of winter in his latest winter album, Winter Poetry, his second winter album following last year’s Embrace.

Riding on his 14th year in the business, as part of K-pop’s longest running group, Shin Hye-sung has certainly had a good amount of experience and credentials under his belt. Serving as one of the group’s lead vocalists, Hye-sung has evidently gone the solo route and released a number of personal efforts. Being a veteran in the K-pop sphere, Hye-sung no longer needs to rely on complicated instrumentals and gimmicky hooks to make his point. Instead, he’s grown into this own and has right of reigns to throw the focus on his unique, airy and strong vocals, a refreshing and commendable change from K-pop’s usual pacing. 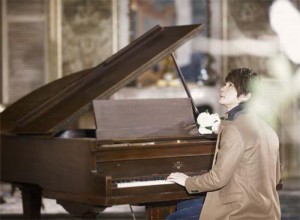 The eight part album starts with an instrumental piece, a fairly typical opening for an album of this nature. These instrumentals are often utilized to set the overall tone of the album, and the intro to Winter Poetry, an aptly titled “Winter,” does the same. Starting with the sound of footsteps on the snow, the setting is made apparent right from the beginning. Delicate piano and climactic strings soon add dimension, with a heart-wrenching piece from what sounds like a harmonica framing the entire song, leaving a chilling, fleeting feeling at the song’s conclusion.

The second song in the album is “Seems Like the End.” Once again commenced by some gorgeous piano, the lucidness and clarity of Hye-sung’s voice eventually take command. His vocal work, subtle at first but gradually increasing in volume and impact, demonstrates his absolute skill and experience. Undoubtedly, his emoting and vocal control is top notch, and the light percussion in the background only further highlights that, adding an intense pulsating feeling. My only real complaint about the song is its lack of a distinct climax or bridge. Taking so long to build a gradual tension, that emotion just lingers and drops by the song’s conclusion, leaving the listener satisfied yet wanting more. 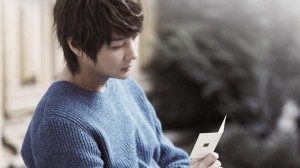 “The Words I Couldn’t Say to You” follows, and while the same pattern of piano and percussion direct the song like its precedents, this one has a more prominent yet fluid progression that’s irresistible to the ears. Hye-sung’s vocals, while still very masterful, aren’t as highlighted here. Instead, they work in tandem, staying compromising yet impactful at the same time. The chorus and the bridge add a more diverse fluidity, making an impactful piece. Notable was the instrumental’s high points and the equally exquisite build up to it.

Following two more ballad-like tracks, “It’d Be Nice If it Were You” is definitely a welcome change in pace, giving the album a more energetic ambience it’d been lacking thus far. The song, sounding similar to a classic Christmas carol, starts with some vocal layering before the entry of an instrumental draped by acoustics and light percussion steps in line with Hye-sung’s peppy take of the verses. Come the chorus however, the song finds its peak as enthusiastic electric guitar sounds joins the mix, spiking the energy of the song twofold. Following a small climax in the second chorus, the song temporarily quiets down again in its middle-eight, only to jump back up meaningfully with a very passionate and enjoyable climax. Probably the most dynamic song in the album, this stand-out track is also my favorite. 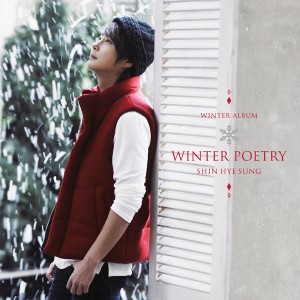 “End of December” keeps this more culminating sound going with its rhythm progressions. Beginning solemnly, the track slowly yet noticeably picks up the pace. Hye-sung’s voice gains a certain charisma as the song moves along, leading up to one of the best bridges I’ve heard in a while. My main complaint for this is really just its chorus. Despite featuring some impressive vocal work, with tinges of the dynamism represented in this album, the lovely pre-chorus wasn’t fully realised in its plain and anticlimactic main chorus.

The next track “Insomnia” slows the pace back down, this time featuring a warmer, more acoustic sound compared to the percussion-heavy tracks from before. As its title suggests, the song is a dreamy and soothing lullaby, perfectly demonstrative of Hye-sung’s subtle vocal work. While unremarkable and relatively forgettable, “Insomnia” is still a very pretty and heartwarming piece to listen to, contributing to the serene winter image the album aims for. The soulful harmonica sees its return near the song’s bridge, calling back to the song’s introduction, adding a very intriguing, nostalgic element that helps further unify the album. 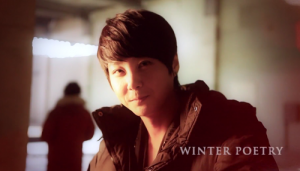 Hye-sung’s more traditional progression sees its return with the song “One More Step.” Strings, piano, and different forms of percussion once again line the song, making for a very traditional albeit beautiful listen. But as pretty as the song is, like many of its album counterparts, it’s in danger of leaning toward the less remarkable, sounding forgettable or interchangeable when seen alongside the other ballads of the compilation. The only real highlight here appears to be the breathtaking guitar break, being moving albeit fleeting as well.

The album closes with the instrumental “Memories of Last Summer,” featuring a brighter, more acoustic sound. The track is considerably different from the first instrumental, sounding warmer and mellower, probably to symbolize the contrast between the polar seasons of winter and summer. Furthermore, the song also carries a very ephemeral, nostalgic air that fits very well with its theme and the overall motif of the album. Gently winding down, the tune features yet another callback to the harmonica piece in the beginning instrumental. Hearing the same piece in the beginning and once more in the end, in completely different ambiences, has been totally ingenious in closing the album; this mellow and festive selection is tied together in a full circle.

Overall a unified, contemporary effort, I’d say Shin Hye-sung has been largely successful. With exceptions of forgettable, repetitive, and anticlimactic moments, he was able to deliver with his vocal mastery. Likewise, while there were low points, there were also some very high points, some that will surely come to be enduring stand-outs. Lastly, the album fittingly played up the its adopted overarching theme, forming a rather satisfying compilation.

In conclusion Shin Hye-sung’s Winter Poetry gets a 3.4/5 for me. Readers, what are your takes?