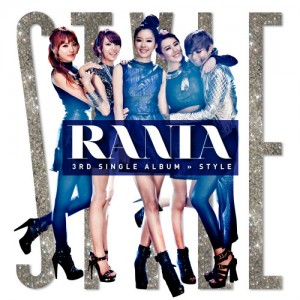 When I was a fledgling K-pop fan, one of the first groups to debut during my own rookie year of being into K-pop was RaNia. Despite my lack of knowledge of anything Teddy Riley, I was excited to finally see a group debu so I watched their debut, “Dr. Feel Good.” I liked the song enough, but I couldn’t get around how suggestive and hyper-sexual the song was, from my traditionally-raised perspective, so I drifted away from them in a haze of Big Bang. RaNia seemed to keep on with this trend, of being a “sexy” group, and I couldn’t but feel uncomfortable watching them. Call me prudish, but there are many ways to be sexy, which should be associated with actual confidence and a degree of self-assurance, on stage without having to emphasize that you’re being sexy on stage.

But with news that Teddy Riley, the American producer behind RaNia, would be leaving DR Media for all things SM, I was thankful that he had finally left them, but worried about what would happen to the girls post-Riley, who seemed like their only means for visibility within K-pop. And with the departure of Teddy Riley came the release of “Pop Pop Pop” and the withdrawal of yet another member Joy, things seem to be getting worse for the girls. However, 2012 seems to be brightening up for the girls, with the performance of “Killer”–which is a really good song–and now, RaNia’s latest single, “Style,” is being produced by Tablo and YG Entertainment. Those two alone names put together renewed my interest in RaNia. So hopefully, this can lead to more good things for the girl group.

Although this song was produced by Tablo, alongside PK, it felt very much like a song that Teddy would produce for 2NE1, but much more polished in my opinion. It has the same level of electronica and the same progression as most 2NE1 as of late, with the slow build-up and pulsating beats during the chorus. I don’t hate the song, but expected something different from a song that is attached with Tablo’s name. Nonetheless, RaNia carries the song very well and showcases the girls’ obvious vocal talent. Something I found interesting about the song was how it was completely devoid of a rap break, and opted to use the repetion of the words classy, crazy, sexy, beautiful, couture, and of course style, in a very husky voice. I normally dislike the throwing around of english words in K-pop songs, but the use of them fit with the song’s aggressive beats. The song is good, a giant step forward from “Dr. Feel Good” and “Pop Pop Pop” and just right up there with “Killer,” but the 2NE1 parallels  the song and my expectations of a new breed of a girl group song coming from Tablo having fallen flat makes me unable to fully enjoy the song. 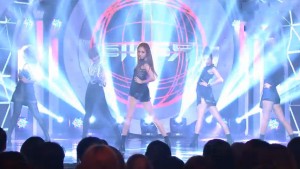 As for the MV, it’s mostly shots of the girls acting dismissively towards guys that attempt to woo them, and rejecting their gifts. Although the MV is laden with luxury goods, it almost seems like a rejection of the materialistic in exchange for judging people based on how they are on a personal level. So style is used in more of a figurative sense, where it means that the person the girls are with is not their “style” or a person they want to be with, and presents aren’t going to change that. The MV set itself is as flashy as any other K-pop MV, but the girls managed to make a lot more entertaining to watch because of the confidence and power they exude just by simply dancing and strutting their hearts out. This is the RaNia that I’ve always wanted and knew was there all along, only shrouded by tired and showy acts of sexiness.

This comeback is solid all around, only though I’m not entirely sold on the song. The girls’ stage presence alone will make me want to watch more performances by them and hope that they will release a fuller album, at least a mini-album, in addition to performing “Killer” a lot more.