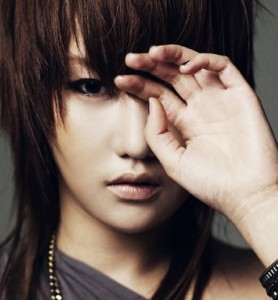 When testing the grounds of K-pop, the recipe for success appears awfully simplistic: many beautiful girls or guys in a group, a not-so-basic, yet easily learnable choreography, addictive hooks and concept-switching if out of ideas. In short, at a first glance, we could restrict the idea of popularity to idoldom. Music shows, big companies and the most profitable artists out there indicate a unique road to walk on. However, once we dig deeper, the image of K-music broadens; charts don’t restrict themselves to idols, including also plenty of artists who shouldn’t be neglected. Ballad singers fall under this category: they could be called idols or pop artists, but they have a distinct feel and approach to music that separates them from the rest.

Picking from the last few weeks’ music charts, one of the songs enjoying commercial success is Gavy NJ’s “Lady Killer.” After another round of line-up changes, the trio came back with the first part of their sixth album, Gavish, and a handful of new heart-warming ballads. The addition of two new members leaves an obvious fingerprint on the record. Leader of the group, Noh Si-hyun, penned the lyrics of the title track, which represent an answer (or a female version) to Byun Jin-seop’s “A Wish,” talking about an ideal man. The video tells the story of a playboy who dates all three ladies of Gavy NJ, who subsequently isn’t able to satisfy any of them. A mid-tempo ballad with a subtle rock influence and jaw-dropping adlibs, “Lady Killer” provides a nice listen. Evidently, Gavy NJ isn’t ‘The Thing’ in the music industry, but they’ve gathered a following which helps to buoy them.

I don’t need you to be handsome, I just want you to be charming and a bit taller than me
I need someone who can make me impatient to hear a love confession

By the same lines, Brown Eyed Soul’s members attempted different solo projects. Specialized in R&B that borders on Jazz-pop, the group’s music style and consistency has assured them of supporters throughout their career. Their debut song was a hit and their second album would benefit not only from critical acclaim, but also from the public’s support. Na-ul came back as a solo artist after 13 years with “Memory of the Wind,” which has topped the charts and gone on to achieve heavy airplay. I’m not surprised: the song is ‘painful’ to listen to. The ballad incorporates Na-ul’s soft and soulful vocals with a low-tempo musical background. The lyrics play on the idea of living in the past, surrounded by memories of what once was, and how easily they resurface despite efforts to move on. Enhanced by the singer’s voice and melodramatic MV, it’s the perfect tearjerker. But check it out for yourself:

Superstar K judge, Lee Seung-chul, a former member of Boohwal, recently came back with “Amateur,” a beautiful ballad through which he sends encouragement to the contest’s participants. The song compares one’s beginnings as an artist with the way people learn to live their life: the time it takes one to seize one’s talents and possibilities, the lack of courage and the rough times and hindrances. However, what shines through most is his message about what matters the most — the beauty of life and the chances that come with it, self-contentment and how we should be careful not to miss it. The video features scenes from the contest, with photo frames and an image projector urging the watchers to live so that in the end they have valuable memories.

Because no one teaches you how
Because everyone is standing for the first time
On this stage called the world
Everyone is the same, an amateur

And while we’re on Superstar K, an emotional, perpetually heartbroken artist, who has his way around music charts, is Huh Gak. The singer recently released “It Hurts” and I gotta tell ya, there’s a reason why he does tracks about his deep suffering: he’s frickin’ good at it. As a music show winner, the voice is anything but bad and the lyrics strike a deeply emotional chord, which is what matters most. His summer efforts fared more than well on the charts too: he collaborated with Zia, the faceless singer, for “I Need You,” which was a real threat to Psy’s “Gangnam Style.”

The reason why I brought these tracks up for discussion was because I often hear complaints about K-pop’s uniformity. Idoldom, undoubtedly, is the first choice when asked about Korean mainstream music, but overall, there’s much more to explore. Ballads may be fillers for idols, but there are artists who make a career out of them — and a successful one for that matter. Their efforts of pouring their souls into their music, to produce emotionally filled albums, leave an aesthetic layer over what we know as K-pop. It’s worth remembering from time to time that not only popular artists make the music scene, but also those who might not have such a loyal and massive following, who continually struggle to impress the general audience with their releases.

So, do you know of other ballad singers that make your day and help you cope with your own feelings? Do you have any recommendations? Leave us a note if you do! 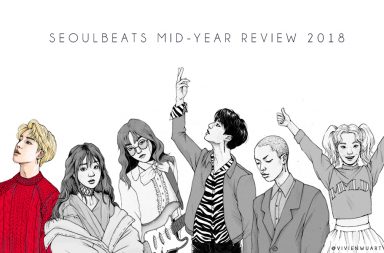