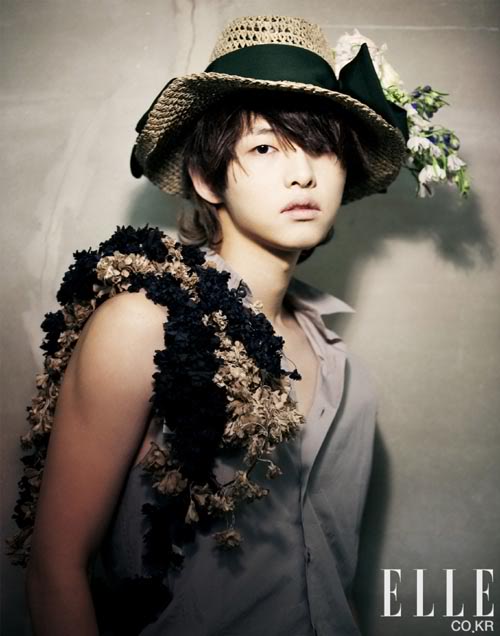 For film, fashion and tv topics, we covered We Got Married Season 4 and Julien Kang, the best of last week’s music shows, red carpet fashion at the Busan International Film Festival, Hara for Elle Girl, Nice Guy, and Maundy Thursday.

As for socio-cultural happenings, we took a look at the K-data blackout, Tiger JK‘s apology, entertainment company families, how comebacks determine post-scandal success, K-pop’s use of labels, a look at Ga-in and Hyuna‘s portrayals of sexuality, and why Nabeela would never want to be a K-idol.

Here are five comments that caught my eye this week:

The writer of this drama is the same for A Love To Kill. And I smell so much of that drama in so many scenes. I’m just in love with the fact that his drama gives you the space to think of who is right and who is wrong. Who is good and who is evil. In a way, all three main characters are manipulative, evil and in a way, selfish people. At the same time, the drama twists your mind and heart by giving you a reason to sympathize with each of them every now and then. It’a all shades of grey here and I love it. I’m still unable to completely hate or completely love any of the characters.

The other thing I love is Song Joong Ki. To say I was not surprised b his performance would be a lie. I really didn’t expect this baby-faced beauty to pull-off all of these spine-chilling, heart-wrenching stares. He hits me right through the heart. As you aid, he’s been playing such a wide-variety of characters and it is pleasantly surprising for me. I think he’s on his way to be certified as an A-level actor. (like seriously, he spent a lot of time just watching how stray dogs on the street act for his role in Wolf Boy).

Moon Chae Won is fantastic as always. I love her in War of Arrows and I like her here as well. Her acting is just so good. 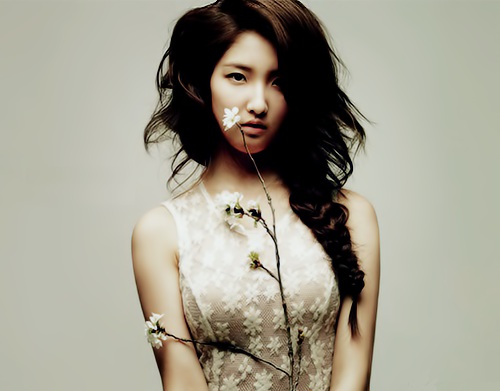 samlun100 on Why I Would Never Want to Be a K-pop Idol:

I absolutely agree to you. You have to give up a lot to be an idol.

NO FOOD   If idols eat too much, netizens call them fat.
NO SLEEP OR REST   Always have busy schedules or have to practice.
NO DATING   Their company doesn’t let them date. If they do, it must be a secret.
NO HOLIDAYS   They have to work even more on holidays
NO FREEDOM   They cannot do whatever they want. Managers always keep eyes on them
NO PRIVACY   Stalker fans are crazy.
NO SCHOOL    They have no time to study.
NO TIME FOR FAMILY   They seldom meet their parents even if they miss them.
NO GUARANTEE OF SUCCESS   With tons of idols these days, competitions is unbelievable 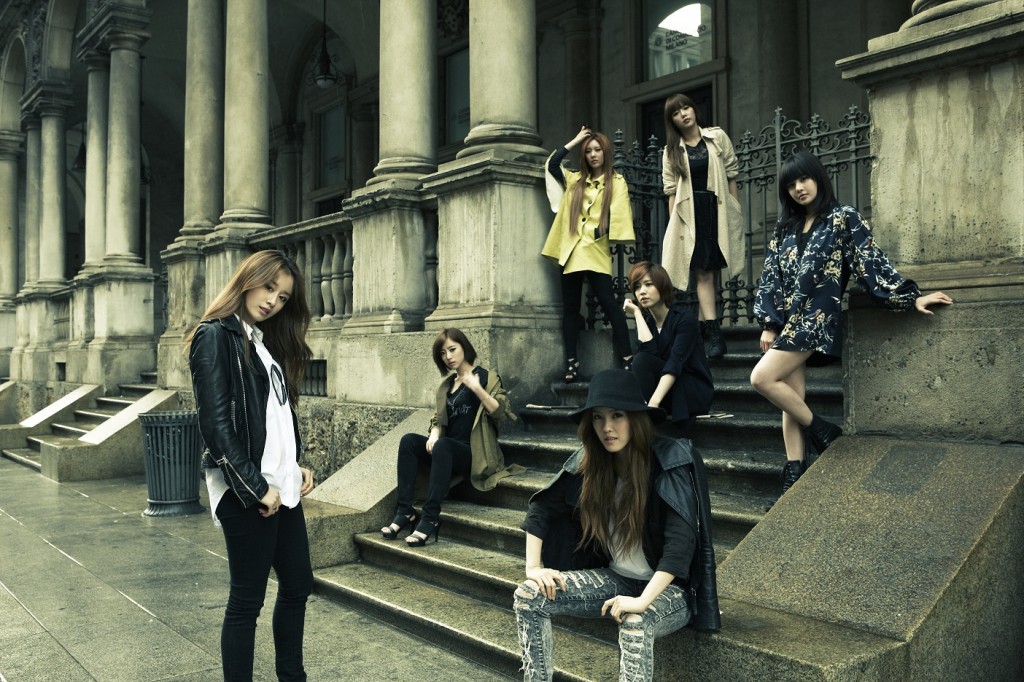 angel29 on The Perfect Comeback: How Comebacks Determine Post-Scandal Success:

With a number of idol related scandals before him, KKS did not seem to learn anything from all of them.  In Korea, humility, whether you be wrong or right is essential.  You don’t make excuses.  You don’t mudsling.  You keep your mouth shut and your head down and accept that there was also a mistake on your end.  If CCM only applied these lessons, T-ara would not be in as deep a sh*t hole they are now in Korea. 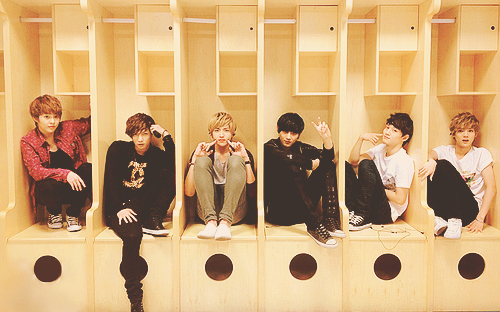 I really love when Wheesung and Lyn collaborated on Mirotic and So Hot. They made it so sultry, I remember having goosebumps watching them. That being said, Lyn does some amazing covers on her own too. My favorite by her was when she took a bunch of male idols’ songs and spun them into liquid gold.

I also really like the covering of songs within a record label. One of my recent favorites was done by SHINee in Bangkok, covering SJ‘s Sorry Sorry. Granted, it’s a song that’s become almost of right of passage in SM to cover as it’s been done by SNSD, SHINee, f(x) [in radio only], and EXO, but this performance is my favorite because how well I think the boys voices were spread out and how damn well they carried it out.

Most of all, I think the reason that idols covering other performer’s songs is so interesting is that it gives them an opportunity to break out of the roles assigned to them by their companies, the media, and even their fans. When they try a style of music that isn’t associated with them, it gives them a chance to show a different side of themselves. I also think it must be really fun for them. It’s the reason why shows like 1000 Songs Challenge are so popular.

As for a cover I’d want to see, I honestly have to admit the idea of TVXQ covering Replay makes me giggle. I’d love to see it. Other than that, I’d really to see some idols break out and try more diverse styles like rock or hip-hop. For example, a cover I think that would be really interesting would be for female idols to cover Maya, especially if it wasn’t done by the lead singer. 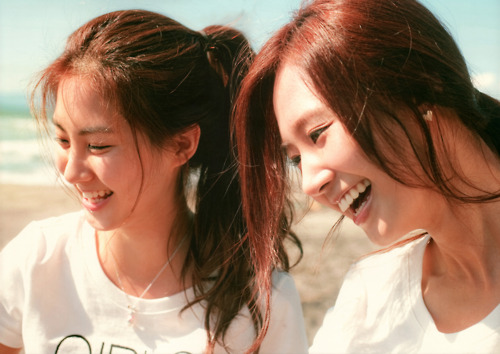 Nate Broadus (who might as well be an honorary writer by this point) on The Power of the MV:

Kpop could not survive without the MV — it is too image dependent. Also, you can bump that percentage from half to about 95% on the Gangnam Style phenomenon (and I may be generous to give the 5% leeway). I am not joking, the Gangnam Style craze would not be half of what it is without the music video to accompany it (that is about all anyone west of Korea can seem to talk about when it comes to that song).

What would Gee or Genie have been without the MV showing the girls of SNSD putting on their best aegyo suit and a leggy captain’s outfit? Would Tell Me have made near the impact it did if the Wonder Girls had not made a MV with that dance? You could just go down the line and find dozens upon dozens of examples where a MV had more than just a part to play in the success of a single. On the flip side, you might be able to list on one hand the number of successful songs that were not aided in large part by a MV. That is just the state of the industry. 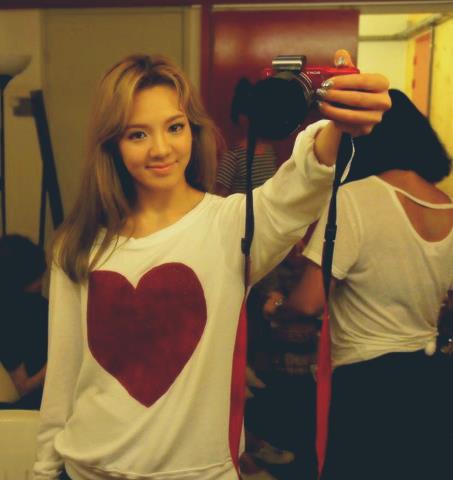 Now, having said ALL that, I will say that music videos anymore are starting to be pure ego trips. Who can pump the most money into their video just so they can say they spent an obscene amount? It’s about image, in more ways than one — not just the image you present IN the video, but the image you present when you speak to the press about how MUCH you put into it. You would think that artists derive their worth from how much they spend on a little three minute video with some strange theme. That is certainly the case in America, and especially the case in Hip Hop/R&B. Since Kpop models itself greatly after that mold, it is no wonder that this practice has carried over.

Kpop still isn’t as bad as Hip Hop in this regard, and maybe never will be. God knows there are literally hundreds of examples of rap stars reminding anyone within ear shot that they are rich and successful — with expensive cars, bottles of expensive drinks of the moment, and half naked women in abundance. Apparently, they are afraid people might not think they are successful without it, or why else spend so much money on something a great deal of people don’t even see anymore since MTV stopped showing music videos like 10 years ago (though you can always check them out on youtube, I suppose).

But because Kpop relies so heavily on the image of an artist, not just the song they sing, MV’s are quite a bit more crucial in the grand scheme of the Kpop industry. I guess you can liken it to early 90’s American pop, when it was damn near mandatory for an artist to have an eye-catching video. If you look at it from that perspective, it makes sense that the most expensive music videos in history tend to come from that era (MJ & Janet‘s Scream still has not been topped, officially, costing a whopping $7 million dollars).

If Kpop was a recipe, it would call for variety show appearances, catchy beats, and a generous heaping spoonful of MV. Leaving out the MV would be like baking a cake without flour. You could eat it when it is done, but its likely to not leave a good taste in your mouth. Sort of saps out all the flavor — as would Kpop without MV’s reminding us exactly why we follow this industry (yeah, music, too — but abs and legs are harder to ignore).

Thanks for being great readers, and as always feel free to leave additional comments below.