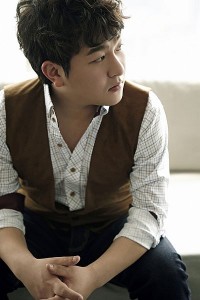 Well, according to his career, probably not.

Let’s take a look at it: in 2010 Huh Gak won the second season of Superstar K and that same year he debuted with “Always”. He signed then for A Cube Entertainment, subsidiary company of Cube Entertainment, and after some collaborations he released his first album, First Story, one year ago. The title track, “Hello”, was a hit, being followed by “I Told you I Wanna Die”. He released a new mini-album, Lacrimoso, in April this year and participated in Immortal Song 2 with a very good reception. And some days ago he came back with a digital single, “It Hurts”, celebrating the one year anniversary since his first album and whose MV is a continuation to the last one he released back in April. Doesn’t sound bad at all, actually. But now let’s take a look at his MVs.

In his first MV, “Always“, he plays the part of a guy who is in love with his employer. She, however, is in love with her boyfriend, who happens to suffer from a heart disease; he leaves her because of the disease (sounds familiar? Yeah, keep on reading) and she tries to commit suicide. When she wakes up, she mistakenly takes Huh Gak for his ill boyfriend, and he obviously takes advantage of this fact, until one day he gets hit by a car, the old boyfriend comes back, and the ending hints that Huh Gak may have died and his heart been transplanted to the ex-boyfriend.

Depressing much? Well, let’s take a look at “Hello” and “I Told You I Wanted to Die“, both of them part of the same storyline. Two friends want to revenge the death of one of the guy’s father due to a local gangster while one of them falls in love. The other one faces the gang and gets badly beaten, so the love-bird seeks revenge by going to a sinister industrial area to fight all of the gang members himself. He gets badly beaten too (of course), but he manages to fight the mafia boss only to discover he’s the father of his girlfriend. His friend goes to his rescue and ends up being killed, and he eventually dies too while trying to go to her girlfriend in a motorcycle accident. 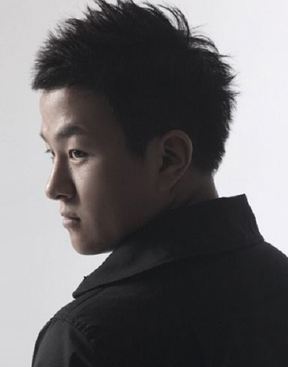 Crying already? Well, wait to hear the last one, comprised by both “The Person Who Once Loved Me” and the just released “It Hurts“. A girl gets a neurological illness and forgets about his boyfriend. Luckily, he is a little bit of a creeper and has been taking pictures of her every five minutes during their whole relationship, so he makes an album to help her remember. But he’s not only a creeper, he’s also broke, so when the girl needs an operation to save her, he has to ask a friend for help and they mug a rich guy on the street. He then gets the money for the operation, but when she’s going to the operating room, the police come to arrest him. Luckily, nobody dies in this one (I think?).

Huh Gak’s MVs not only sound depressing, but also quite familiar. They have all the elements a proper drama should have: amnesia, family business, terminal illnesses, fights, characters deaths. Each and every of his MVs are like a mini-drama, and just like those intense dramas with all the aforementioned elements, they have a good production, big names… and lots of inconsistencies and face-palming situations.

But not only are his MVs awfully sad; these are some of his lyrics:

I can’t say anything else than I want to die

I think I’ll finish myself because living is too hard

I get it, he’s a ballad singer, somebody thought he had a voice for ballads (although he probably could be singing anything and still being great at it), but not every ballad has to be about heartbreaks and wanting to die. Somebody in A Cube should take a closer look at him because honestly, he looks like the bubbliest person ever. His concept, they got it all wrong. And here is my argument:

Although sadly nobody from his company seems to be reading Seoulbeats, judging by the fact that “I Told You I Want to Die” didn’t get the best reviews and yet his next MVs are more of the same, I really hope Huh Gak’s careers makes a 180 degree turn sometime soon, because he really deserves to get out of that niche, and because I don’t think I can handle another of his MVs without wanting to kill myself. Mercy. 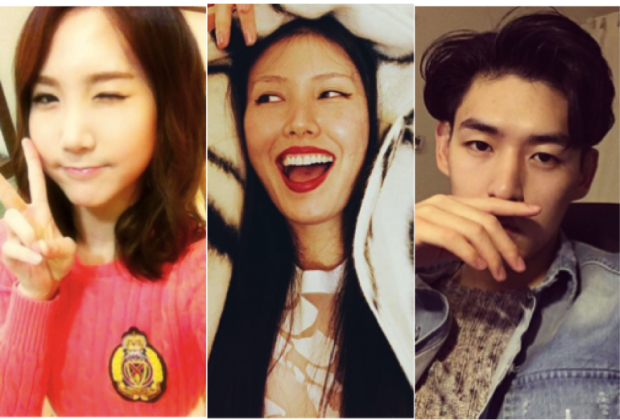 Saying Goodbye to A Pink’s Yookyung 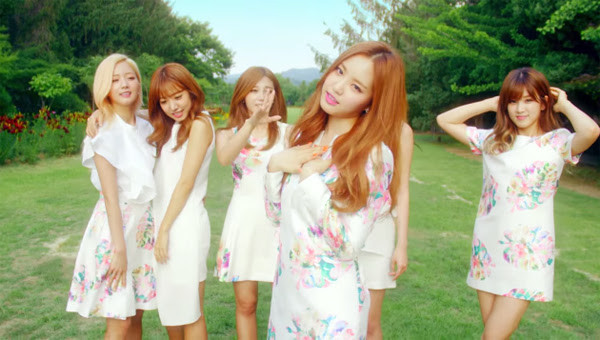