Boyfriend Tells You to "Be My Shine" 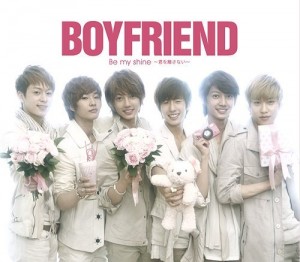 Boyfriend, rising idol group renowned for their noona-killing aegyo and charms, decided to take the next inevitable step in their (unfortunately formulaic) careers as K-pop idols and debut in Japan. However, Boyfriend deviated a bit in that ever-repeating formula and decided to debut with an original song rather than debuting with a remake like most K-pop groups do in Japan. This move suggests that Boyfriend may actually tackle the Japanese market more seriously than their peers who mainly just release remakes after remakes. While too early to tell whether this implication is true or not, we can gauge their potential in the market with their first release, titled “Be My Shine.”

A preppy pop song that presents everything Boyfriend embodies, “Be My Shine” is a perfectly adequate debut song for Boyfriend. It’s able to show the Japanese public they’re now attempting to charm exactly what to expect with them, and we can’t ask for anymore in a debut song. The track is one that highlights what Boyfriend personifies quite well, displaying their cuter image, youthful charms, and enthusiastic energy.

The chipper pace and sound of the song matches the pacing and feel of many J-pop sings in the market, and the boys’ energetic execution matches the very dynamic and positive instrumental. Said instrumental consists of a distinct synth loop and basic beats that later get added onto with some powerful electric guitar following the bridge. The sections with the guitar are definitely highlights of the song, giving it some climax and spunk the rest of the song needed, though the quieter moments of the instrumental such as the build-up before the start of the verses and the vocally potent middle eight were also able to bring some impact to the song. They focused on the boys’ vocals which were above satisfactory with this single. The “Kiss, kiss” hook was successful for the most part, being catchy without seeming too hook-reliant or gimmicky, and my only real negative complaint about the song is its abrupt end. The end had so much more energy compared to the rest of the song, and having it end so abruptly like it did was a bit disappointing, since the track could have went just a bit further more for a more satisfying conclusion.

As for the MV, once again, it’s very signature Boyfriend. The video starts with the members appearing one by one while member Donghyun performs his ad libs before the video proceeds on to showing the members’ choreography scenes and glorified solo shots of the boys. The video in that aspect is somewhat bland and would have benefited from even a minimal plot, which would have been pretty easy to include considering the very romantic nature of the song’s lyrics. The members’ longing stares and smiling glances, while charming and eye candy for sure, are pretty customary in K-pop at this point, and I just feel that with a more involved storyline, the video would have made a more intriguing watch. 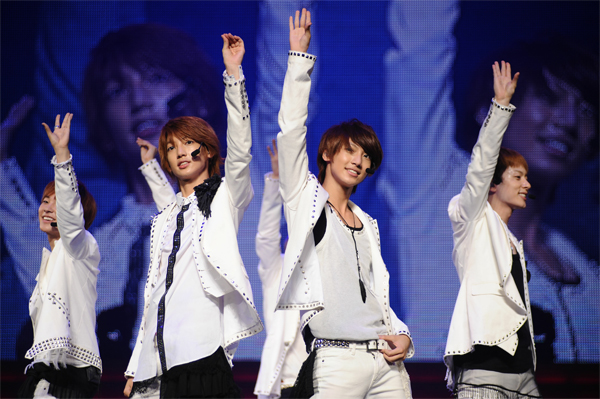 But while somewhat dull and uninvolved in terms of action, I wouldn’t really call the video a bad one. The visuals in the video were pretty remarkable and very fitting for the boys of Boyfriend. The set they filmed in has a very washed out yet mystical feel to it, a vibe that’s consistent in the entire video. A lofty and subtle color palette consisting of faded shades of white, beige, gray, and pastel blue is integrated in the entire video, further helping in creating the whole dreamy and imaginary ambiance the video is filmed under.

As for the boys themselves, they looked great, even if their outfits were a bit one dimensional. The pale blue suits weren’t necessarily my favorite since they seemed a bit too bright at moments especially when reflecting against the dominantly white and sunlit background, and the beige outfits were a bit too plain-looking for my linking. However, the boys manage to wear them well, and honestly, I’m just happy to see them out of those horrid floral suits they wore back in “Love Style.”

While the majority of the video was pretty visually pleasing, giving off an imaginary-boyfriend kind of vibe, I do have some complaints. There were these odd and weirdly edited light effects are present only in the choreography scenes that proved to be quite distracting. They gave the room a very foggy and blurred look that fits well with the theme I suppose, but that view ended up distorting the image more than once, even blurring the boys the video was highlighting. Furthermore, only the choreography scenes had this effect with the solo shots left untouched, making the transition between the two kinds of scenes inconsistent. Also, the camera also filmed some weird angles of the boys, occasionally peeking through gaps on the wall and looking over them through a corner.

The main highlight of the video, however, is probably its choreography. The choreography featured some large yet relatively easy movements, an aspect that can be seen in some of Boyfriends’ previous works. These movements appeared fun and energetic throughout, and the boys execute it well, a smile always on their face. Particular favorite moments include when most of the boys get on the floor and cheer near the end of the song and when the members appear behind Jeongmin during his part of the bridge.

Overall a decent release, Boyfriend’s “Be My Shine” is able to serve an acceptable start for Boyfriend in Japan if they choose to promote further in the market. It isn’t anything spectacular per se — it could actually be perceived as dull in some moments of the song and video, but it’s able to embody everything Boyfriend wants to be seen as in the new market they’re aiming on attempting. No gimmicks, no tricks, just Boyfriend, shining in all their pastel-infused glory.

Ultimately, “Be My Shine” gets a 2.75/5 from me. But what do you think, Seoulmates? Does Boyfriend have a chance in shining as Hallyu starts in Japan? Or is “Be My Shine” too mediocre of a single to convince you otherwise? Leave your thoughts on the effort below!