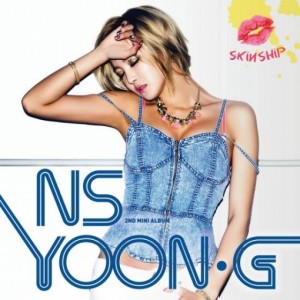 NS Yoon-G, previously stylized as NS Yoon-ji until somewhat recently, has released her second mini album of the year, Skinship. Just only releasing her first mini album Neo Spirit earlier this year, NS Yoon-G makes a somewhat unexpected but very welcome comeback through Skinship, led by lead single “I Got You.” While her past effort had NS Yoon-G transform through a more intense and rebellious stage, Skinship focuses on showing her as sexier and more alluring and features a much more playful sound that is perfect for the remaining days of the burning season of summer — well at least to those residing in the Northern Hemisphere.

NS Yoon-G pretty accurately describes her efforts as a mix of electronic and rock music, and it clearly shows in both her previous Neo Spirit and her more recent Skinship, albeit a bit differently. While both influences can be clearly seen in the bolder, louder sound of Neo Spirit, Skinship handles both influences a bit more quietly but in a bit more uplifting way. The layers of sounds created by the mixture of interesting synths, gritty instruments, and quirky adlibs make for an interesting listen that is only complemented by NS Yoon-G’s stable voice. 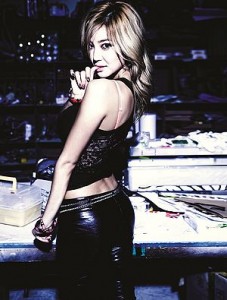 The album starts off with upbeat and quirky “I Am Hot,” a piece that definitely brings some heat. The introduction featuring a simple combination of synths and piano was a pleasant start that only welcomes NS Yoon-G’s cheery and light singing tone in the song. The rap that takes over the second verse was actually well-inserted and transitions perfectly with the song. The whole track is sprinkled with quirky background noise, and while it adds a bit of complexity to the relatively simple instrumental, it makes the song sound too busy during the louder parts of the song, particularly the sections toward the end. The laid back verses and the outgoing chorus culminate to an instrumental break which I have mixed feelings on. While the use of horns was pretty innovative and the background events silly and fun, its end transition back to song is very messy. The progression in this part could actually be part of the blame at the busy sound the song has especially toward the end, since it attempts to transition from one dynamic instrumental to another, fairly different one.

The next track is “I Got You,” which also serves as the album’s lead single. This song dealing with heartache has NS Yoon-G use a more mature and wholesome tone to sing the more serious song, and I definitely prefer it on her. Her voice starts out soft yet full of conviction in the beginning verses but gradually grows stronger until the particularly attention-grabbing chorus which serves as a pretty great climax. The bridge slows down the pace a little to keep the song from getting repetitive and features a distinctly delicate piano and strong vocals from NS Yoon-G. The rock influence is most evident here in this track with the prominent use of electric guitar and the overall grittier sound.

The accompanying MV, like the overall feel of the album, is very sexy and summery. The consistent use of the bright lights was a nice touch, and all-girl bands are always welcome in K-pop. NS Yoon-G looks great in all her outfits. Other than the prominent use of leather and black in the clothing that attempt a more rebellious look, there is also one set of clothing worn by NS Yoon-G and her backup dancers that feature dominantly bright, summer colors that were nice additions, even if they did stand out a bit. Furthermore, the choreography was sensual and alluring, further portraying NS Yoon-G as a chic and gorgeous woman. 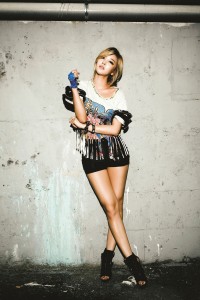 The next track of the mini is the ballad of the album, “Love,” but unlike some other ballads present in other artists’ albums, this particular one keeps from being boring, mainly due to its dynamic instrumental. If anything, this ballad might have a bit too much going on. A variety of clean synths are featured in the song, as are a wide array of instruments ranging from interesting percussion to subtle stings. While the instrumental keeps the song from being a bore, it at times overpowers NS Yoon-G’s vocals, which are notably more delicate and vulnerable toward the verses. While a more simpler instrumental might have called more attention to her vocals, NS Yoon-G was still able to show a bit more of her vocal prowess in the much more powerful chorus and bridge, keeping the track satisfying until the end.

The last track of the album of the album “Irritated” ironically manages to leave a pretty satisfying and refreshing closing. Starting with a graceful piano, the song soon picks up pace with the addition of guitar and sythns. While the rock influences in this song are a bit more subdued — at least in comparison to “I Got You” or her other pieces — it is still very much present in the guitar riffs and pleasant throughout. The faster pace of the song combined with the tastefully added elongated notes create a pretty laid back song with a surprising amount of backbone to it as well. NS Yoon-G’s voice also carried a bit of attitude as well, but still remained relaxed and flexible. While the distorted rap was not my favorite part of the song, the singing portions of the pre-chorus was particularly delightful and deserve mention. Overall, “Irritated” left me anything but annoyed at the album, tying it together very neatly. 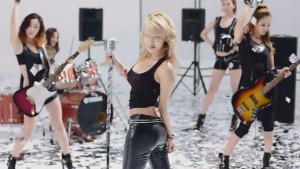 Ultimately, while not as intense or as bold as Neo Spirit, Skinship proved to be a very pleasant surprise. Skinship features a more laid back sound more fitting with the lazy months of summer, but still kept that electro-rock sound NS Yoon-G wants to be synonomous with. The combination of said two influences made very interesting and quirky, albeit occasionally busy, instrumentals that made for a very satisfying and in all cohesive listen out of Skinship. The stable vocals of NS Yoon-G was also able to be highlighted, as the flexibility with her voice can be witnessed firsthand with these tracks. While I personally prefer “I Got You” and “Irritated” over “Love” and “I’m So Hot,” the latter two songs are in no way weak links as the album stays consistent and appealing throughout.

Despite its slight flaws, NS Yoon-G gets a 4.4/5 out of me. What do you think so Skinship, Seoulmates? Was it able to bring in enough heat? Or were you left frozen throughout? Make sure to share your thoughts below. 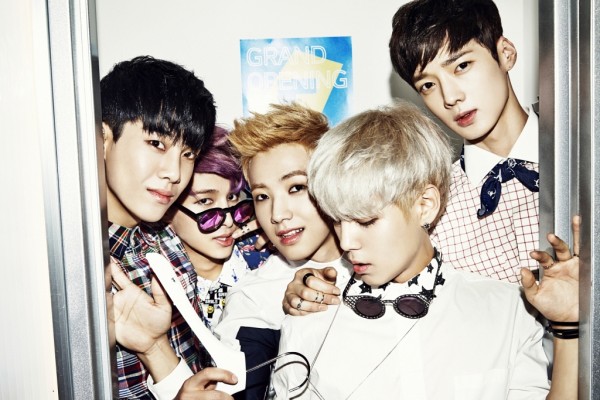 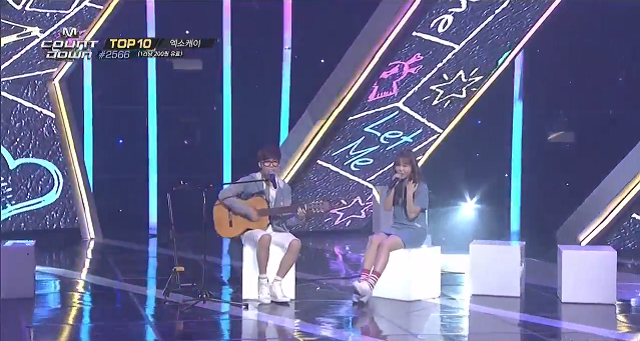 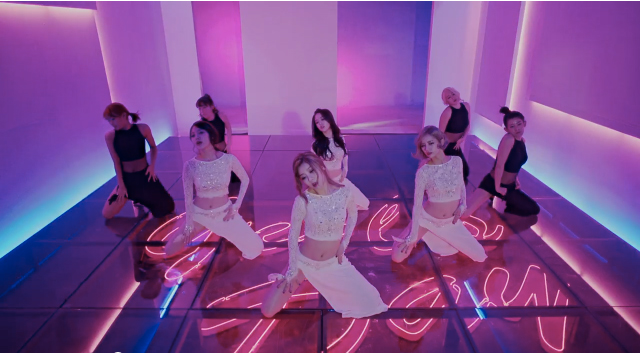