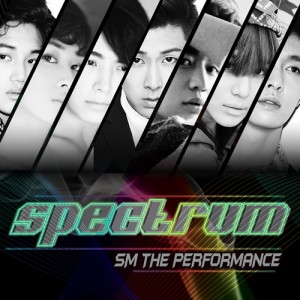 A couple of days ago, Cynthia wrote a very convincing article on SM Entertainment’s overuse of borrowing copyrighted material from other artists, and thus giving its artists unoriginal lead singles whose musicality doesn’t deviate very far from the original. These “lazy remakes” are essentially Korean covers of English songs which knowledgeable fans of the international music scene can quickly and easily identify. With the most recent example being S.M. The Performance’s “Spectrum,” a cover of Zedd’s 2012 summer hit in the electronic dance genre, SM has had a long history of turning English songs into popular Korean singles. f(x)’s “Hot Summer” and “Pinocchio,” SNSD’s “Dancing Queen,” SHINee’s “Juliette” and “Love Like Oxygen” (remake of “Show the World” by Martin; see linked article for information on other originals) and Super Junior’s “Twins” (“Knock Out” by Triple 8) are examples of remade English songs which SM artists have promoted, most of which were within the span of just two to three years after the original was released. While I agree that excessive borrowing of other artists’ material does lead to questions of authenticity and originality (elements for which K-pop is constantly criticized for lacking), there are nonetheless certain positive aspects in remaking music.

SM’s overreliance on premade material is mostly related to its need to satisfy its huge roster of artists. From a financial perspective, it is perhaps more cost effective to purchase the copyrights of a premade track, particularly one that has already been proven to be a hit in another industry, than to pay composers to create something from scratch. As by far the biggest entertainment agency in the industry, SM can get away with taking a few shortcuts here and there at the cost of sacrificing originality. International fans may be somewhat dismayed by SM ripping off other artists’ music, but SM stays afloat because of its many established acts whose dedicated fan base will support them at any cost.

That is not to say that other companies are permitted to do the same. In fact, it is rather uncommon for non-SM artists to promote covers of popular English songs without much variation on the original. Wheesung released a commendable cover of Craig David’s “Insomnia” in 2009 just months after the original. Not only are the songs nearly identical, the MVs are also very similar with Wheesung’s version displaying more rehearsed choreography. As an established artist with recognizable talent, his cover of Craig David was met with a mostly positive reception. It also didn’t hurt that Craig David reportedly handpicked Wheesung to cover his hit single.

Aside from Wheesung, others who have attempted a direct cover of an international hit have fared much worse. NS Yoon-G followed suit in 2010 by covering La Roux’s smash hit, “Bulletproof,” in just her second promoted single. Sharing very much the same musicality of the original’s instrumental, chorus, and parts of the verses, “Don’t Go Back” didn’t do much to launch NS Yoon-G’s career as the cover was met with far less success than the original. Released only a year later, “Don’t Go Back” didn’t necessarily have the spunk or the x-factor of the original largely because it was a remake. Being a worldwide hit, many still had “Bulletproof” on their minds and felt that “Don’t Go Back” was an uninspired attempt by a rookie to gain recognition. It was a valiant effort on the part of her agency to pursue this direction, but it was ultimately a fruitless endeavor.

The last attempt at promoting a single which basically replicates a renowned international hit came from LPG whose 2011 return with “Angry” was a cover of Yolanda Be Cool’s international mega smash hit “We No Speak Americano.” To put the magnitude of the hit in perspective, the original peaked at number one on countless year-end charts worldwide. It was the “Gangnam Style” of yesteryear, even breaching the US top 40 despite its ironic title and the lyrics being sung in a Neopolitan dialect. Similar to “Don’t Go Back,” it didn’t help that “Angry” was released just approximately a year after the original. Although LPG’s added choreography was much appreciated by red-blooded males, its overall execution was less flattering. LPG managed somehow to turn an international hit into a standard K-pop track. Catchy beat and all, the cover couldn’t prevent LPG from dwindling into irrelevancy.

As dishearteningly unoriginal as the knock-offs mentioned above may seem, please don’t assume that all K-pop remakes of English songs are one and the same. There are a few gems worth mentioning which aren’t so much copycats, but are truly original remakes. They use the inspiration and music of the original in order to create a vastly different song and turn the remake into a significant piece of work on its own. In a way, these remakes can be viewed as the artist paying homage to the original.

Big Bang’s debut album contained “This Love,” a remake of Maroon 5’s 2003 hit single which was arranged, modified, and performed by G-Dragon in his first solo. Showcasing much of the energy and angst that was present in the original, G-Dragon creatively transforms the song into a merger between hip hop and rock. Preserving only the title and instrumental, the original is still very much recognizable in the catchy beat, but the rest of the song purely displays the artistry of G-Dragon. Unlike a cover, this is not merely a translation of the original. It is more of a sampling, harvesting the original beat to create a song that is very much adapted to the style and sound of Big Bang at debut.

Original remakes are indeed a much more genuine way of promoting one’s music, but direct covers may also enjoy merit if they are of another artist’s lesser known song. Through covering non-promoted English songs, K-pop artists are in essence transplanting quality songs to a different audience who wouldn’t have gained exposure to these great songs otherwise. Covering b-sides of other artists is also a great way to introduce international audiences to K-pop. If done properly, fans of the original should generally appreciate their favorite undiscovered song being made popular by a K-pop artist. Jewelry’s “One More Time” (“One More Time” by In-Grid) and SHINee’s “Hello” (“Holla” by Mohamed Ali) comes to mind as songs which were highly promoted in Korea while few ever gave notice to the original. Honorable mention goes to TTS for covering “Baby Steps,” originally by Varsity, and performing it on music shows as part of its circuit of promotions for “Twinkle.”

As for remakes of material that isn’t originally in English, K-pop artists like to cover Japanese and Chinese artists in the song’s original language as a means of gaining recognition in those respective markets. Orange Caramel has been going down this road recently with Japanese remakes of “My Sweet Devil” and “Lum’s Love Song,” Japanese classics from the 70s and 80s. Although the quality of these remakes is questionable, Orange Caramel’s effort at connecting with its targeted audience is quite noble. Pledis isn’t new to remaking Japanese hits. As rookies, After School released a Korean cover of Morning Musume’s late 90s hit, “Love Machine.” Entitled “Dream Girl,” the remake was promoted as an OST. For Chinese covers, I mentioned a few in this article.

Last but not least, arguably the best use of remakes comes from songs which bring back a Korean classic. Not only do they appeal to fans of an older generation of Korean music, they also tend to be the most creative of remakes in that they significantly modify the composition of the original to allow it to conform with the sound of modern K-pop. These tributes to the classics represent the industry’s acknowledgement of its musical roots, reviving the fond memories of those oldies but goodies (and no, “Lovey Dovey Plus” does not count).

Big Bang’s second studio album released in 2008 featured “Sunset Glow” as the title track, a remake of Lee Moon-sae’s beloved song from two decades prior. As with “This Love,” Teddy and G-Dragon injected the song with a modern style of hip hop, also adding an electronic accompaniment to the instrumentals, generating a fun and positive spark that outdoes the original in terms of energy. YG actually reached out to Lee Moon-sae personally to ask for his permission to do the remake. The partnership worked out beneficially for both parties as the song helped Big Bang draw in a larger demographic while older audiences were fondly reminded of Lee Moon-sae. The two’s collaborated performance in the 2008 KBS Music Festival was an ultimate tribute to a legendary industry icon.

Led Apple debuted in 2010 with “Dash,” an electro dance meets rap rock remake of Baek Ji-young’s similarly titled single from a decade ago. As rookies, it was more appropriate that it remade an industry classic rather than covering a recent international hit. Instead of feeling like an imitation of Western pop, it was more of a modern take on a Korean classic. Furthermore, the fact that Baek Ji-young was still active meant that the group had to clearly distinguish itself to forge its own identity. It did so by remaking the song in a way that highly differentiates from the original by heavily distorting and perplexing the instrumental and the verses, keeping only parts of the melody in tact. As a debut effort, “Dash” worked well in expressing Led Apple’s musical direction while paying tribute to the Queen of Ballads.

Along the same lines as Led Apple, Glam recently returned with “I Like That,” a supposed remake of Chul-E & Mia’s 90s hit, “Why You.” Aside from the hip hop elements and the constantly recurring and addictive chants, there are not many similarities between the remake and the original. “Why You” features a light beat and soft melody that is characteristic of classic hip hop, whereas Glam updates it with a bass-heavy electro dance beat and strong R&B melody, staples of modern K-pop. Since the two songs are so musically different, and because “I Like That” is a blend of several segmented beats and melodies, it’s hard to categorize “I Like That” as a remake because it merely samples from “Why You” in some of its disjointed parts. As a comparison, it’s quite interesting to see exactly how much K-pop has changed from its roots to what it is now, which is yet another great reason to look into remakes!

What are your favorite K-pop covers and remakes? Feel free to include those I didn’t mention!