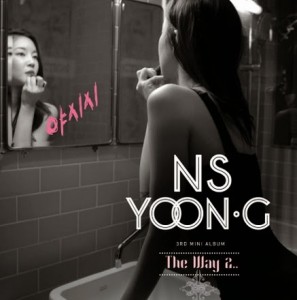 With girl groups contributing compulsively to K-pop’s subjective sexiness, one would expect the vault of ‘sexy’ concepts to be exhausted but NS Yoon-G’s new song, “Yasisi” — from the album The Way 2 — brings a fiery new brand of in-your-face sexiness from the never-ending potpourri of hotness.

Produced by Duble Sidekick and composer SEION, “Yasisi” is a sensual and seductive track which has NS Yoon-G dancing to the strums of Spanish guitar and mid-tempo Tango beats. The composition of the song relies on the alternate quick pacing and slowing down of the rhythm making the track pleasurably unpredictable. It seems to follow a much trodden path of musicality but tweaks it in certain ways that makes it new and fresh.

“Yasisi” essentially means sexual and both the song and the music video do not deviate from it – it is thoroughly sexual. In this new brand of sexiness which stirred eager anticipation with its blazing hot teaser pictures, NS Yoon-G plays a passive-aggressive game of tease in a bid to seduce her bodyguard. Unlike fanfictions with the same recycled storyline, NS Yoon-G just wants to have sex, just wants to give in to her desires while preying upon the clueless bodyguard. With generous flashes of flesh, Yoon-G deliberately arouses her target, smirking devilishly when she sees it working. Forget about overrated coyness; Yoon-G is sexual aggression incarnate as she commands: “Don’t just glance at me from there /Come to me right now.”

The lyrics only amplify what plays out in the video with Yoon-G asking him to “touch like that,” announcing her intent to be “more straightforward,” coming to terms with a part of “who I am I kept to myself,” and “crossing the forbidden line between us” — building up into a cohesive whole. 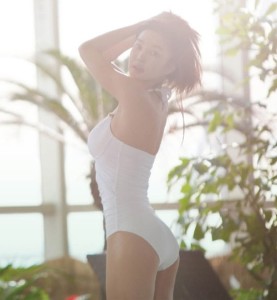 The ‘rap’ break in the video has been strategically put, even if hurriedly executed and badly composed after the isolated strumming of the guitar, for it breaks the monotony the song is slowly gravitating towards. So when it jumps back to its original musical structure, it doesn’t sound overused and the Spanish flavor explodes with new vigour as the horns and the guitar overshadow the mediocre ‘rap.’

The choreography despite the “rubbing your legs against each other” staple and the heels which make human movement seem like a distant dream, has men and women actually dancing and making judicious use of space. However, the music video does end up looking like a product of newly acquired video editing skills trying to join clips of the dance version and the drama version into a convincing whole and failing miserably. She might as well have made two versions instead of being obsessed with ticking boxes in the checklist of K-pop music video essentials.

Looking at her previous releases, it is obvious that in each video, NS Yoon-G is sticking with the concept of sexy while redefining it at the same time. Be it a witch or a sexual, self-aware woman, she believes in her concepts and, hence, is able to showcase a convincing performance instead of half-baked attempts at gaining quick viewership.

Hailing the glory of mesh stockings and red lipstick, there are strong chances that “Yasisi” will leave you humming “It’s sexual” in all its sensuous glory unabashedly because the hook is that ridiculously addictive. NS Yoon-G’s “Yasisi” is a fitting recipient of 3/5.