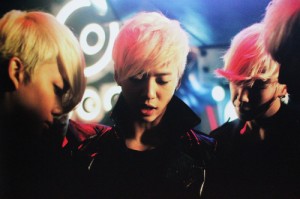 It feels like not too long ago that fellow writer Nabeela and I shared with you all what we thought to be the best songs of last year. However the K-pop time continuum runs — as always — at a surrealistically fast pace, and already in the first half of this year it is readily apparent that the musical landscape is shaping up very differently than before. In 2011, we saw a seemingly endless stream of tragic rookie debuts, while 2012 has seen the appearance of quite a few rookies that have managed to take the K-popiverse by surprise with impressive debut songs.

Musically and in other aspects, entertainment companies have an unfortunate habit of jumping onto ‘the next big trend’ so uniformly across the board that they quickly grow stale. In order to set themselves apart from the pack, quite a few of the established, returning artists this year (who often set the trends for other ‘wannabe’ groups) have been forced to evolve and grow their sound. The Wonder Girls seem to have finally found their way out of their never-ending retro rut and started getting with the times, Big Bang seems to have resolved most of their personal problems and refocused on producing music with more honesty, and the overall quality of SM artists’ music seems to be looking up (something I never would have predicted a year ago), making for exciting prospects for the future to come.

That being said, there are still quite a few rampant trends that are being played to death in K-pop songs this year: the introduction of dubstep sounds may have seemed novel at first, but has started to worryingly become standard in the same way that rapping has become a standard in K-pop songs. In both cases, I have nothing against the sound itself, but not every song needs to have a rap and/or dubstep break, as it can start to come across as not only formulaic, but also unnatural and forced. In addition, a much larger, looming problem is that the K-pop market is becoming saturated to the point at which it is already past its carrying capacity, and is unable to sustain and ensure for the success of all its groups and new debuts at once. It is much harder for one group to stand out when there are ten other groups that sound the same musically; likewise, it is difficult for us listeners to care about groups that we do not feel are unique. 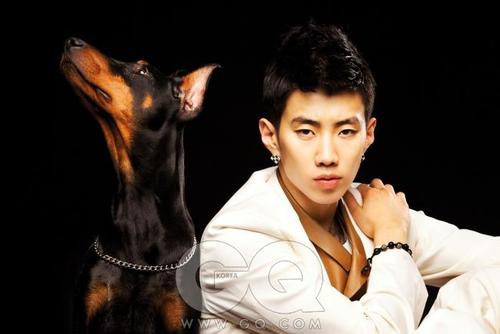 However, things do still seem to be looking up, especially as the K-pop landscape for this first half of the year has been growing in musical diversity as well. Not only are soloists starting to return to the scene, but new genres — a reflection of public choice — have been carving new niches into the K-pop charts and in some cases, competing directly with idol groups for the top spots.

The re-emergence of other genres of songs to the forefront has been aided in no small part by the popularity of talent-based music competition shows such as Immortal Song 2, Superstar K3 and Survival Audition K-pop Star, which gave the public an introduction to more varied musical acts such as Ulala Session, Busker Busker, Urban Zapaka, John Park, ALi, and the now-in-training Su-Pearls. Overall, the Korean music-listening population (which is not — and has never been — limited to K-pop fans) seems to be starting to gravitate towards musicians with images that seem more original rather than manufactured, and judging by the increasing number of idols who are starting to be marketed for their knack for composition, it seems that K-pop companies have been taking note of these changes in public opinion as well.

In our Mid-year Poll series, we asked you guys last week to choose what you thought was the best Korean song released in the first half of 2012, based on the music itself and not its physical frills. The results of the poll so far can be seen here, although I won’t be going into them in detail at the moment (don’t worry, we will have a post dedicated solely to poll winners at the end of the entire poll series, where no one will steal anyone’s thunder), I want to give a sincere congratulations to the deserving winners!

With that being said, since there were six months in the first half of the year, I would like to share with you all six of my favorite songs (in no particular order) from the first half of this year. As a disclaimer, I am only speaking for myself and my personal musical preferences, which is no better or worse than anyone else’s.

I’ll be the first to admit that Big Bang‘s previous highly-autotuned album, Tonight, failed to capture my interest (with the exception of “Cafe”), and while I immensely enjoyed their solo stints last year, I was afraid that the group as a unit was starting to lose their collective spark. However, their 2012 comeback luckily proved my premonitions wrong. Although I believe the raw and personal nature of “Blue” (which describes their feelings from hardships faced in the past year) makes it the song of choice for most V.I.Ps, my favorite song off Alive turned out to be “Bad Boy.” It’s a sexy and suave song that carries a natural swagger, and judging by the reaction to the song on World Star Hip-Hop earlier this year, it’s also a song that is strong enough musically to earn praise even from critical international (non-K-pop) listeners.

Can we hear it for amazing voices? 2BiC (short for “2Bi Continue”) is a talented 2-man rookie R&B unit signed under Nexstar Entertainment. Add the powerful yet soulful Ailee into the mix (who knew the girl could rap in addition to singing?) and you’ve got yourself a recipe for greatness. However, the real stars of this song are the amazing voices of the 2BiC members Jihwan and Junhyung, who as a duo harmonize perfectly together to create beautiful music.

“I Knew It” was released early in the year as a digital single to be included in the repertoire of Beast‘s Beautiful Show world tour. Aside from a short preview MV starring Dongwoon, this song did not get much promotion, but I would like to argue that incessant promotion is not really a necessary component of being a great song. The song sits very comfortably within Beast’s signature sound as set by their previous album, and is somewhat reminiscent to “On Rainy Days.” The acoustic guitar adds a nice touch, as does how well their voices — especially Hyunseung and Yoseob‘s — complement each other and manage to convey the emotion required of the song.

Earlier in the year when I wrote a review of Nell‘s 5th studio album, Slip Away, I declared that my favorite song off the album was the eponymous final track, “Slip Away.” However, somewhere along the way as I listened to the album on repeat over the span of a couple of months, I unwittingly found myself gravitating towards the joyous cacophony of “Cliff Parade” instead. The 8th track off the album, it is a song that celebrates the crash of feelings that are both destructive yet redemptive washing over you in waves. Woollim Entertainment seems to also concur that it is one of the best tracks off of Nell’s album, as they released an official live edit video (above) of the song on their YouTube channel a few weeks after the album release.

This is a song that had me addicted right off the first listen. I love how groovy and fun the song is, compounded with the fact that funk is not a sound that you come across very often in K-pop, so it makes for a nice change of pace. Primary is a rising hip-hop producer/artist that is well worth keeping your eyes on, as is Zion T (check out this jam here with Simon D). And Gaeko is one half of Dynamic Duo — enough said.

6. Lyn — Back In Time (The Moon That Embraces The Sun OST)

Lyn is one of my all-time favorite female vocalists in the Korean music scene; she has a soulful, jazzy voice that is best described not in words, but rather through listening experience (so check out her duet with her best friend and fellow artist Gummy, here). “Back In Time” is a beautiful ballad that pretty much epitomizes the essence of The Moon That Embraces The Sun. A drama’s OST can often make or break a series; this one definitely made it.