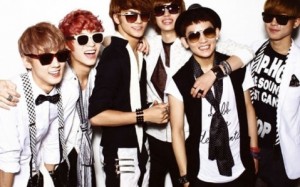 With 2012 looking like the Year of the Male Groups so far, Teen Top‘s comeback slipped past many K-pop fans as they scrambled to compete with the likes of Infinite, U-Kiss, and even JYP‘s newest brainchild, JJ Project. It’s not that the boys didn’t have a top-notch comeback, but with so many things happening in K-pop right now, it’s hard to bring oneself to pay attention to a group who has stuck with mediocre material, relying on club-esque sounds and honing their autotuning abilities to the level of Kanye West.

And I’ll admit it: Teen Top has never really impressed me with anything they’ve put out so far. Sure, Niel‘s vocals are not shabby at all (he has serious potential as a solo artist) and I do think that L.Joe is one of the prettiest K-pop rappers I’ve ever seen, but the general trend is that while they can land themselves on my K-pop radar for maybe a few days, Teen Top ultimately gets pushed to the back of my mind. So with the release of aRtisT, the boys’ latest mini-album, I decided to give Teen Top one more chance to impress me.

In the past, Teen Top has relied heavily on synths to produce a trendy sound, interrupted occasionally with Niel’s vocals. It’s, their last mini-album, had been chock-full of electric beats, pumping bass lines, and a ridiculous amount of energy — too much energy, in my opinion. It’s wound up being so overwhelming that it was actually underwhelming — none of the tracks particularly impressed, and the usage of remixes and R&B versions of “Going Crazy” as filler tracks was boring and repetitive. So imagine my surprise when their intro track, “aRtisT,” started off with a melancholy piano melody, punctuated by a catchy but not overwhelming percussion beat in the background. It seemed like the boys had hopped on the “less is more in K-pop” train, and “aRtisT” was surprisingly promising. If the rest of the mini-album stuck to the strategy of pairing tasteful instrumentals with the boys’ vocals, then I would be a very happy girl.

Teen Top then launches into their promotional single, “To You.” The track is paired with dramatic music video with sleek visual effects, contrasting vastly with the retro, upbeat feel of the song. 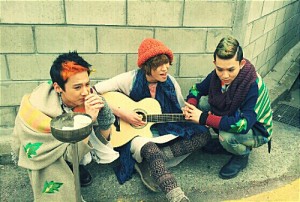 “To You” has aspects that are reminiscent of “Going Crazy,” but it does have this retro spin that adds energy and pep into the song, making it much more catchy than “Going Crazy.” The instrumentals contrast with the boys’ voices nicely, and the beat is neither too fast or too slow. What’s interesting about this track is that it actually reminds me a lot of Beast‘s songs from Lights Go On Again, one of their mini-albums from 2010. However, the fact that the boys’ voices are not mature enough yet stood out a lot in “To You.” Apart from Niel, the other vocalists in the group sound extremely similar to each other, making it hard for listeners to pick out unique qualities of each member’s voice while listening to the song. Artists who have been in the industry longer have developed those qualities, so it’s just simply a matter of time for Teen Top. No matter what, it was still nice to see them step away from the electronic elements that had played such a huge part in It’s and allow their songs to take on an easygoing feel.

It seems like Teen Top has a soft spot for R&B, because there’s pretty much an R&B-esque track on all of their albums. On aRtisT, the boys croon during “Baby U,” complete with finger snaps and a slower yet catchy beat. I love everything about “Baby U,” including the nice combination of rap lines and singing parts, which were split pretty evenly. It’s one of those tracks that is basically like comfort food in music form — easy on the ears and fun to sway along to. Unfortunately, as great of a track “Baby U” is, I’m not convinced that Teen Top can do R&B. Their voices, with the exception of Niel’s, are just not matured enough for the smooth, silky quality that good R&B needs. While “Baby U” was well-produced, perhaps I would have liked the track better if Teen Top had held off on that one for another year or so. 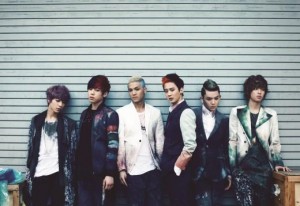 “Shake It” is next, and it’s easy to see what direction Teen Top is heading in with this track. No Teen Top mini-album (or album) is complete without a party track, so they have presented us with a haphazardly-thrown together, confusing song. The beat sounds off during the song, and the electronic elements in the background distracted me from the boys’ voices. I couldn’t tell whether it was too fast or too slow, because it just seemed stuck in between trying to sound like a ballad and electronic funk. “Shake It” jumped between genres in intervals of thirty seconds, so it was easy to see about halfway through the song that it wasn’t the strongest track on the mini-album. The rapping lines seemed to have been tossed in there as almost a second thought, and while I completely approve of Teen Top trying out new genres in order to develop their own sound as a group, this kind of track just does not work for them.

One semi-annoying thing about Teen Top albums is that they always have to throw on a few versions of the same song in order to take up space. In the case of aRtisT, we get three versions of “To You” when one would have sufficed perfectly fine. In fact, I would have loved to see Teen Top extend their intro and cut down with the alternative versions of their promotional single. We get both an R&B version, which they call a slow ballad version, and an instrumental version, and both seem a little flat to me. The R&B version of “To You” is basically the original track slowed down a bit, and I practically fell asleep listening to the instrumentals. 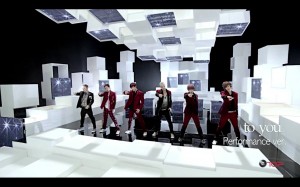 aRtist led me to conclude that while Teen Top does show a lot of promise as a group with stronger vocals and decent rap parts, as well as great production in terms of their tracks, they are being hindered by the fact that they have yet to find the type of K-pop that fits them the best. Their current music style is off and hard to follow, because the boys are just all over the place, flirting with different genres of music. As much as I appreciate their efforts at experimentation with newer types of music, it seems like they have this misconceived idea that their experimentation will undoubtedly make them into better artists. While that is true in some cases, becoming better artists implies that the experimentation is not wild and random and will instead give them a well-developed trademark sound as a group. Teen Top is still a young group and they have time to find that trademark sound, but I certainly hope that so much jumping back and forth between different types of music will not cause them to lose their way along their path to success.