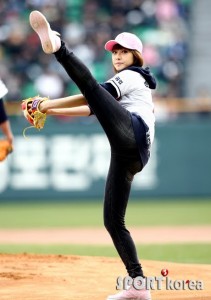 You don’t necessarily have to be a baseball fan to enjoy idol pitching, although it helps if you can appreciate a good follow-through or can comment disparagingly on their fastball technique. I’m not going to pretend to be any kind of player; my hand-eye coordination is so bad every friendly game of catch I propose has my friends running into the next county in fear. My game is the older, Irish form known as rounders, but seeing as how it has gone out of style somewhat I turned to American baseball. One of the first things that struck me about it was the idea of ceremonial pitching. Started in 1908 by Japanese Prime Minister Ōkuma Shigenobu, it has become commonplace for actors, singers and even Presidents to take to the field to open a game.

I could go on with the history lesson, but at this stage you are probably thinking about all the K-pop idols who have forgone their dignity to take one for the team, so to speak. Korea was introduced to baseball by American missionaries in the early 20th century and has since made it one of the countries’ favourite games, taking gold in the 2008 Olympic Games. The South Korean national baseball team is currently ranked third in the world, after Cuba and the United States. So, it’s no surprise that every aspect of the game is treated with some reverence, including the ceremonial pitch.

There is no shortage of idols to act as pitcher, with girl group members and actresses being in particular demand (although groups such as Supernova have had a go). They seem to act as almost glorified cheerleaders and both the game and the idol benefit from it. The idol gets a little more exposure and their fans, who might not be engaged in the sport, will probably watch it on television, or visit a forum afterwards or just generally show some interest. It’s a win-win situation.

Well, it’s a win-win situation providing said idol pitches well. Stars, almost exclusively female, such as Wonder Girls’ Yubin, actress Hong Soo-ah and SNSD’s Yuri have all received a great deal of well-deserved praise for their precise and expert pitches. No doubt they get stressed beforehand, terrified of letting themselves and their fans down. So to see some pull off a really good throw, not to mention the pride and relief on their faces afterwards is a genuinely happy moment. Now, I’m going to make a confession, watching these girls do so well is great, but watching their peers fail? Even more so.

I’m not alone in this, after SNSD’s Jessica threw what is being called the worst ceremonial pitch ever the video went viral. It’s now on pretty much every major sports site, The Huffington Post, CollegeHumour, countless blogs and “worst of” lists. It’s pretty ironic, and a little sad, to realise Jessica is better known in America, just the place her group is trying to break, for a few seconds of embarrassment — as they said on ESPN “it was just the release point”– and poor judgement as opposed to an entire musical career. I feel for her, I really do, but on the flipside she managed to get more Western exposure than almost any other K-pop idol by doing almost nothing. Maybe I’m just bitter and far too happy at the fact there is one thing I can do better than a K-pop superstar (I’d like to think I can dance better and have nicer legs, but I fear that’s all in my head). 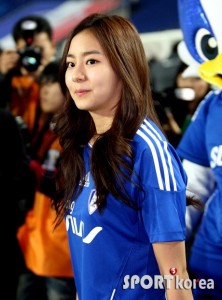 Of course, the moment it seemed their precious snowflake might be criticised, Jessica’s fans rushed to her aid, saying that no one expected her to be a world-class thrower and her main job that day was to be cute and pretty. Fair enough, despite the fact the standard outfit is almost exactly the same, after every major idol pitches there are always netizen comments about how brilliant they look, maybe even how to get their style. I’ll break it down for you now: trainers, baseball shirt, skinny jeans, probably a baseball hat, minimal makeup, go. A combination that if I wore it, people would assume I had spent the last three days ingesting nothing but old takeaway and crystal meth and refuse to let me into their shops in case I steal something. It’s worth appreciating the casualness of what they wear; in a few years don’t be surprised if it’s the concept for their latest album.

That’s not to say it’s a fool proof tradition – poor, poor Nam Gyu-ri, during a 2011 game between LG Twins and Samsung Lions she wore possibly the shortest shorts ever seen. It wouldn’t have mattered if she set a new world record or punched one of the mascots in the face. We saw cellulite and it was months before she could be talked about without that fashion faux-pas mentioned. I was even hesitant to bring it up, considering it happened such a long time ago and has been mainly forgotten, but the point needs to be made. Had she worn those shorts to a concert or a fanmeet, the backlash wouldn’t have been quite so large. It was the fact some fans felt she showed disrespect to the players and the tradition of the game that upset people.

These ups and downs of ceremonial pitching have become a permanent feature of Korean, and indeed all, baseball. It’s as much an institution as the haka is in rugby and pulling your shirt over your head when you score a goal in football. Yes, there are some negative consequences, but it is part of the game. We all laughed at Jessica, and cringed with her, but nobody really thinks any the worse for her because of it.

What are your opinions on the tradition? Is it a nuisance, pandering to fans when you want to get on and see the game? Or harmless fun and a way to feel more connected to your favourite idols? 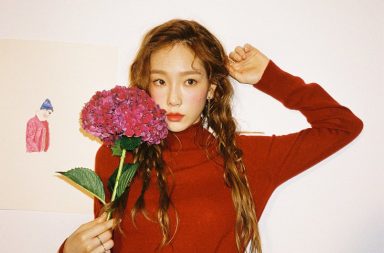