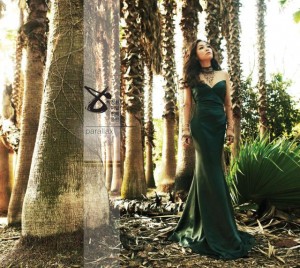 The world of Korean entertainment can sometimes be a strange place — and by “strange place,” I mean a place where genuine, honest-to-goodness talent sometimes (okay, a lot of times) falls through the cracks.  As has been discussed many a time, talented artists — especially talented artists who fly solo — often have a much more difficult time carving a niche out for themselves in a market saturated with very similar-looking and similar-sounding pop acts.

Park Jung-hyun (better known in the United States as Lena Park) was perhaps once one of those artists.  Despite the fact that she has been active in both the Korean and American entertainment industries since her first album Piece hit the scene in 1998, it isn’t a stretch to say that by the time she landed a coveted spot on the wildly popular program I Am a Singer in 2011, she had largely fallen off of the radar of most K-pop fans.  As a Korean-American who struggled with composing and performing in Korean for much of her early career (and who was most unfortunately and completely unfairly labeled “ugly” and “fat” by much of the Korean audience), Lena’s many diligently-prepared and gorgeous albums went unnoticed or ignored.  In fact, I’m completely embarrassed to admit that when she first walked out on stage during I Am a Singer‘s first episode, the suspicious and cynical little K-pop fan that operates roughly 90% of my cerebral activity was immediately prepared to tune out her entire performance based purely on my own lack of familiarity with her work.  Needless to say, I’m extremely glad that I didn’t — and ever since then, Lena Park’s voice has been one of my absolute favorites in all of K-pop. 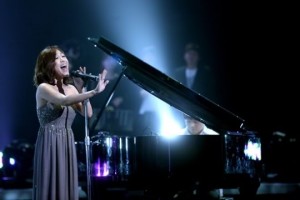 Truthfully, that Lena’s run on I Am a Singer was so incredibly well-received by many who might have previously spurned her work just might be that which has saved her career on the Korean peninsula — and this writer wonders how much that success has to do with the fact that after three years of being totally inactive  on the music production front, Lena Park has returned with her eighth studio album, Parallax.  This is not to say that she would not have continued to produce music either way; Lena Park is, if nothing else, a musician to her very core, one who is deeply involved in nearly every aspect of the production of her own songs.  However, one cannot deny that the Korean public will likely now be more receptive of her new material, and I sincerely hope that this is the case — for Parallax is most definitely a lens through which longtime listeners and newcomers alike can witness the continuing evolution and growth of a mature and exceptionally talented artist.

The word parallax is defined as “the effect whereby the position or direction of an object appears to differ when viewed from different positions.”  This is, in my humble opinion, the perfect title for Lena Park’s album: it is undeniably Lena Park, but also highly experimental.  Though she is known for her ballads and creative renditions of South Korean classics, Parallax is by no means an 11-track ballad-fest.  Full of diverse styles and instrumentation, Parallax is perhaps one of the most unique releases of the year so far — and it doesn’t hurt that it comes with a bunch of super cute behind-the-scenes video clips that show Lena Park in the studio putting her heart and soul into every single track.

The album opens with “그렇게 하면 돼 (Go Ahead),” a ballad whose first thirty seconds sound straight out of a musical.  This song’s charm lies precisely in its use of instrumentation; a complete orchestra provides the instrumental accompaniment to this song, but interestingly there is nary a drum to be heard.  That does not, however, have any effect on the impact of the song: the combination of dramatic orchestral music and Lena Park’s signature vocals builds up to a remarkably emotional climax that could draw a tear out of a stone.

The second track, “실감 (Feeling),” opens with interesting Enya-esque vocals that showcase Lena’s incredible versatility alongside incredibly dramatic musical accompaniment that is strangely reminiscent of both “Sixth Sense” and “Sherlock” at the same time.  However, the actual song is not nearly as shocking or envelope-pushing as the introduction would portend.  This is perhaps one of , if not my favorite track on the album — I especially like the emphasis on shifts between major and minor keys.  In keeping with how totally schizophrenic this song is, it features an awesomely electronic bridge that kind of blows the mind with how simultaneously out of place and perfect it is.  Basically, this song is all over the place at random instances, but the overall package just kind of works.


Track 3 is called “도시전설 (City Legend)” and begins with a catchy piano melody that carries the song to its refrain and throughout.  This song is a nice listen, but after the eargasm that is “Feeling,” it’s hard to be enthusiastic about it.  All in all, it is a fairly standard pop-rock song that is certainly pleasant to listen to, but nothing about it stands out in the way that so much of the rest of the album does.

“미안해 (I’m Sorry)” seems to be the song with which Lena Park will be promoting Parallax, rests somewhere between a ballad and a pop-rock tune that nicely shows off her impressive vocal range.  The beat against which the song was composed is quirky and pairs well with an acoustic guitar.  Lyrically, this is maybe the most LenaPark-esque song on the entire album; maybe it’s just me, but it seemed as though most of the songs for which Lena Park became known for on I Am a Singer were in some way about parting or goodbyes.  Overall, not a bad listen by any means — but I am torn as to how I feel about this potentially being the promotional track.  Given that it isn’t the album’s strongest song, it may fall a bit flat on the market.

The fifth track, “Raindrops,” was definitely my absolute least favorite track off the entire album — which is not to say that Lena Park doesn’t win points for experimenting with a new style (kind of electronica?), but I personally felt that I didn’t work at all with what I’ve come to expect from her.  Nothing about the vocal technique employed suggests her incredible talent; in fact, this song could almost have been a throw-away track off of any random girl group’s mini-album (and given that it doesn’t appear that difficult to sing and is laced with synthesized sounds, it might as well have been).  I was especially thrown off by the creepy whisper-y echo that punctuated the middle of the song.  Moreover, I just can’t figure out where it fits in with the rest of the album.  No points for this one. 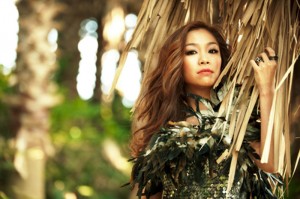 Track six, “서두르지 마요 (Don’t Rush)” is a ballad, but manages to maintain a modicum of character.  I especially appreciated the use of various instruments in composing the song’s accompaniment, although the excessive use of brass instruments makes the song slightly anachronistic.  As usual, Lena Park sounds fabulous — but I kind of wish she’d employed the same vocal tricks that are featured in many of her performances of “In Dreams.”  This song totally could have handled some rough and heavy ad-libbing.

“손해 (Loss)” opens up with guitar riffs that are alarmingly similar to Adele‘s “Rolling in the Deep,” but the actual product sounds nothing like it.  By far the jazziest song on the album, “Loss” packs a lot of personality and is a nice complement to the other songs — it rounds out the album and adds a degree of contrast that I think Lena Park was going for with “Raindrops,” but somewhat missed the mark with due to that song’s total incongruity.

The album’s eighth song, “Any Other Man,” is actually entirely in English, which will perhaps be all the more appreciated by Lena’s English-speaking fans, and falls into the same genre ballpark as does “City Legend.”  Maybe I am influenced by the linguistic component here, but this song sounds remarkably American to my ears.  It also features nice backing vocals courtesy of Lena’a 2012 Tour Band Members.  Not my favorite song of all time, but at least it fits with the overall feel of the album.


“You Don’t Know Me,” which features male singer Lee Lee-on, is kind of up there with “Raindrops” in terms of Lena Park’s experimentation with new styles and sounds.  Heavily reliant on the synthesizer, this song might as well be an old-school Depeche Mode track.  I appreciate the artistry with which it was constructed, and both Lena Park and Lee Lee-on’s voices blend together nicely, but as someone who generally shies away from experimental sounds, I found it strange and off-putting.  Your mileage may vary.

Song number ten, “바람소리 속에 그대가 (You In The Sound of the Wind),” is an incredibly slow, incredibly uneventful ballad.  It actually does pick a bit towards the end, but that requires one having enough patience to sit through the song’s first half — and maybe I just don’t have that sort of patience, but even with the beautiful accompaniment that the song eventually features, one might easily find him or herself terribly bored by the song’s pace. 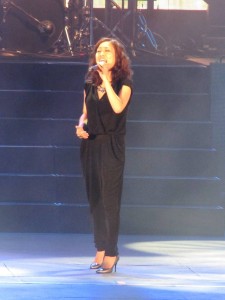 The album’s last track, “Song For Me,” was purportedly written for and dedicated to Whitney Houston‘s memory.  This song is seemingly a perfect coda for the album as a whole; the ending is beautiful, dramatic and powerful — three adjectives with which Lena Park’s music is often associated.  It seems only appropriate that Lena would conclude with this of all of the tracks.  Lyrically, musically, and vocally, this is one of the most moving tracks on the entire album and leaves the listener with a very good taste in one’s mouth.

Overall, Parallax is a perfect parallax of Lena Park herself — it presents a number of diverse lenses through which one can view the singer.  From every vantage point the album features, Lena appears different — but ultimately, Lena is at the heart of nearly each and every song.  In a K-pop market that is so often devoid of heart and soul, Parallax provides an abundance of it; you can’t listen to it and not hear Lena Park’s voice and dedication.  Put Parallax on your summer playlist — you won’t regret it.

Is Ailee Too Good To Be True? 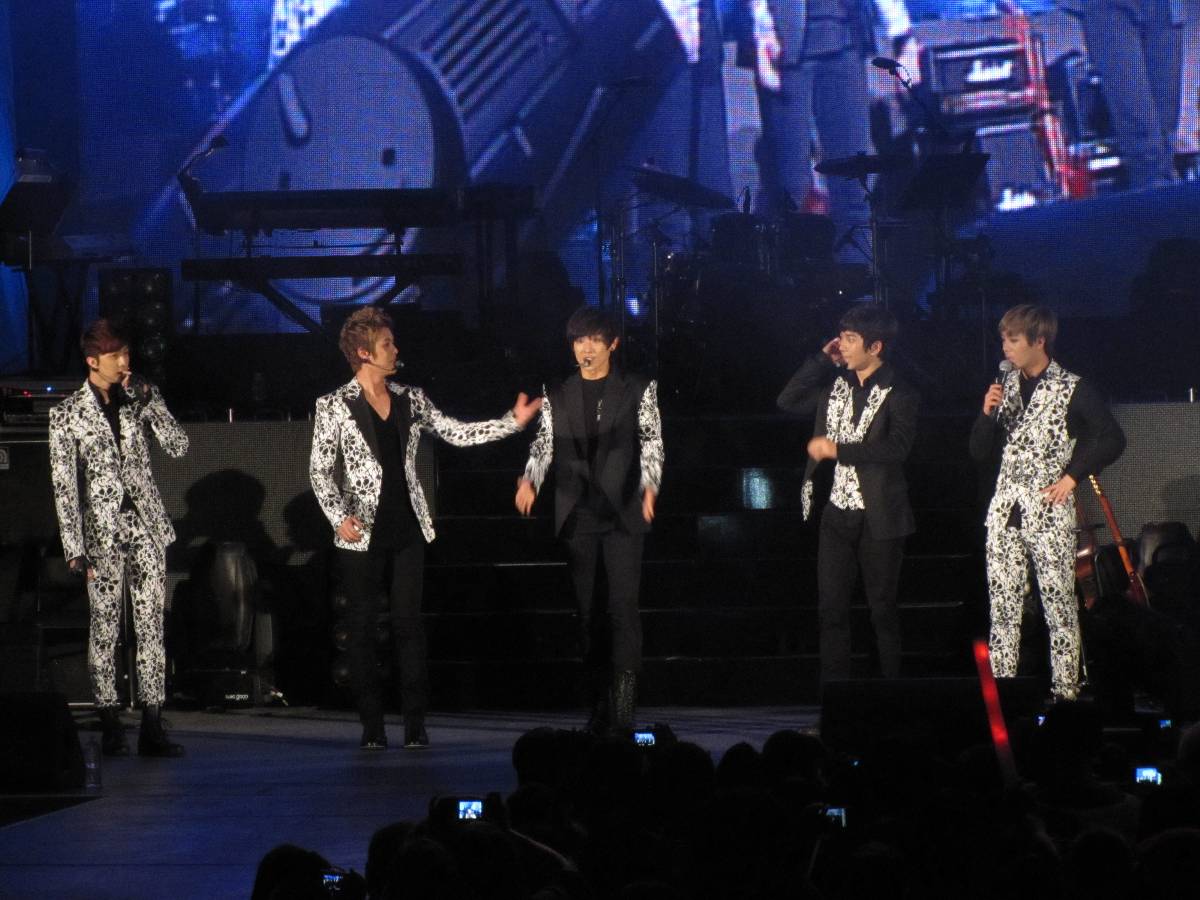 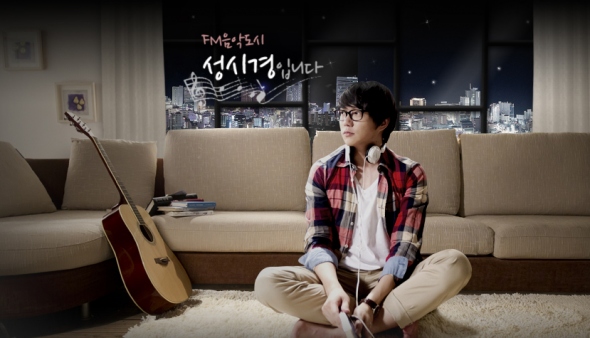 Op-Ed: My Beef With KPOP