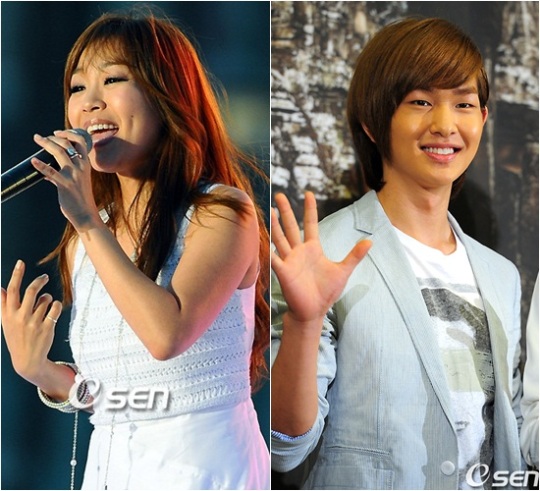 Singer Lena Park did not save a word when she was complimenting SHINee’s Onew after their cover of “Lucky” almost a week ago.  Although they didn’t have a lot of time to practice, she was very pleased with the performance and the fact that he was able to memorize the song in such a short time.  According to the veteran singer, it’s usually difficult to pull of such performance without a lot of practice, and that’s why she can’t stop priaising Onew.

“Lucky” is one of my favorite songs, so I was glad that these two talents did the cover.  However, I think Lena Park was a bit too expressive.  Yes, that’s her signature, but sometimes one needs to hold back to keep true to the integrity of the song, but other than that, two thumbs up for the cover!

Check it out below.