The Good - Sans the Bad and the Ugly

Overstuffed with a wary attitude, I pout as I read pieces of questionable journalism or statistics that fail to make sense. Needless to say, I am used to looking at a rather unpleasant side of Korean society. One article leads to another and before I know it, I feel the imperious need to close all tabs and take a break. It’s this moment when I realize that maybe I’m adopting at some point a sadomasochistic approach. It is normal to feel outraged. Hatred and offence make us tick; they provoke us and awaken self-defensive instincts. Reacting becomes compulsory, while positive aspects are unable to generate such intensity. Does this mean nothing good happens in South Korea?

No, undeniably no. There are good things that go unnoticed in our quest to understand Korean culture. So I decided to step outside my gloomy sphere, ransack my browser’s archives for June and share what I have found with others that are on the lookout for shinier things. Sure, an open-minded event from time to time doesn’t make up for bitter prejudices and thoughtless assertions, but it offers something precious: counterbalance.

Sex and Art Can Walk Hand in Hand 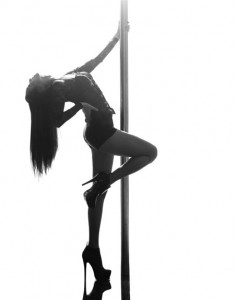 And the visual arts are not the only ones to pick up sexual innuendos. Pole-dancing is usually associated with sex and objectification. It doesn’t mean, on the other hand, that pole dancers cannot be sex subjects too. But that’s beside the point. Yoon Bo-hyun, the head of Pole Dancing Korea – Pin-up Star, wants to introduce pole dancing as a fitness activity and popularize it as an exercise, arguing that the exercises are easy to learn and after 2-4 months, the apprentice can already have a good grip on the routines.

Although it was sporadically mentioned, the number of couples working, coming from a poor environment, has increased due to the need for financial gains. This means that women from this social environment are keener to start working, a step forward for a country that had in the past less than thrilling policies when it comes to working women. The increase of daycare centers is an idea that could be put in practice in the near future to help moms have it easier at work.

And if we talked about sex earlier, The Korea Food and Drug Administration decided to make the morning-after pill an over-the-counter medicine, a pill that was until now restricted for special cases. Debates are still on, with the mind-blowing — and not in a good way — intent to sell oral contraceptives only on prescription. I applaud the first part instead and silence the bitterness for the latter just for a minute, moreover since these pills’ main principle is “The sooner, the better.”

Koreans’ Got Love for Foreigners 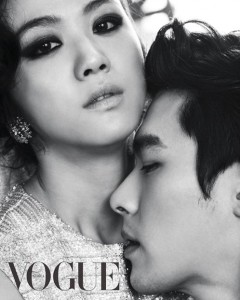 Multiculturalism met the Korean military, arguably a conservative institution by birth. Statistics show that the actual percentage of 0.3% enrolled soldiers will rise to 1% in 2019. The numbers look discouraging, but I beg to differ. The official immigration rate in South Korea is of 2%, with a considerable number of immigrants not owning South Korean citizenship. Furthermore, it was only in April, 2011 that the word “minjok,” implicitly indicating a “pure” Korean, was removed from the oath and replaced with “citizen,” opening the way for more diverse demographics.

A controversial mention would be that KIHASA (the Korean Institute for Health and Social Affairs) announced that 10% of the couples who decide to tie the knot are mixed — though the percentage is lower than in 2005. The reason for my hesitation is that it implies mail order brides too, which I wouldn’t hype about.

On a lighter note, there has been some attention given to a necessary revision of the Hangul — Romanization system. Updated last time in 2000, many translators accused its confusing nature. The growing interest shows that Korean learners, tourists and immigrants do matter. Along with Hallyu, an ever-increasing number of students choose to learn about Korean culture and end up in wanting to speak their language. And they are, after all, the main population that benefits from the existence of Romanized texts to smooth their way into the Korean language.

Still on the grounds of intercultural exchange, the animosity towards North Korean defectors asked for some measures. The decision of the Pukyong National University to host a presentation by a North Korean refugee seemed honorable. NKA (the association for North Korean Awareness) supported the event which was held on the 16th of June. 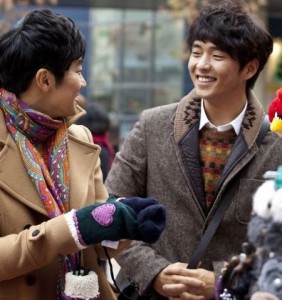 The Korean Queer Cultural Festival ended on the 2nd of June, after about one week of what seems to have been one hell of a party. While this should have been mentioned under the sex category, this festival is considered to be more of a Gay Pride Parade. It included K-pop renditions, drinking sessions, a street parade and people having fun.

This month, “Two Weddings and a Funeral” will be released. Now, I didn’t pick this because the movie director is openly gay himself, but because the movie centers on same-sex couples. Min-soo, a gay man, and Hyo-jin, a lesbian, decide to get married to avoid rumors and because Hyo-jin wants to adopt a child with her girlfriend of 10 years. It is interesting to see how all will turn out, especially with the adoption plot.

So, folks, this is what I dug looking for bright, shiny things. They won’t change the world or revolutionize any mentality, but they show a glimpse that there is diversity to a certain extent in the Korean culture. Do you have anything to share? What made your day in the past few weeks?