Three years since her last album, I Be…, Ivy has returned to the spotlight with a mini-album simply named Interview, and a new music video for Interview’s title track, “Torn Heart.”

Although Ivy’s turbulent career outside of music since her last promotions preceded my entrance into K-pop, I’d heard very promising things about Ivy as an artist, so I watched her latest MV with bated breath.

The MV opens up with a shot of a desert wasteland. The set is as bleak and gritty as any wasteland could be, and the lighting brightens up accordingly to the storyline. After a few seconds of watching bushes blow in the breeze, a hand suddenly creeps out of the ground and, like a scene straight from a horror film, out rises Ivy, covered in dirt, presumably stark naked. The story is based around Ivy crawling around the desert landscape, wrapped with a conveniently located blanket, as she is faced with a hungry wolf, a volcano eruption, and lightning. It doesn’t look too good for Ivy until the rain arrives and washes her clean. All that is left is her, her blanket, and a cute little lamb by her side. 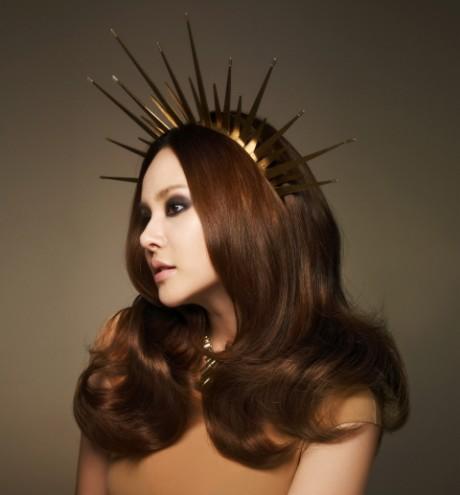 As I was watching the MV, at first, I was utterly confused. The MV is not subtle in being an allegory; every aspect of it was a symbol, and without much context on Ivy’s background, new fans might be at a loss at what the MV was trying to convey. From my perspective, the entire storyline represents Ivy’s life since her scandal. Symbolism is used  to represent milestones in her rocky career, from the accusations and subsequent (sex tape) scandal that nearly killed her career, to her resilience to move on and her struggle to survive with the backlash from the general public.

The wolf symbolizes the media, who are constantly waiting, and hungry to feed off a celebrity’s mistakes. The fact that Ivy is completely alone could be a dig at the neglect she felt under her previous company, STOM E&F. The mud caked on her body is a symbol of sin, her own sins, and it is only washed away when Ivy bows down and repents for them. The burning bush right next her is a shout out to the story of Moses speaking to God via a burning bush, which matches up with Ivy’s repentance. The lamb that arrives in place of the hungry wolf is ready to cart off Ivy’s sins into the desert, or perhaps it’s just a symbol of innocence that Ivy has now redeemed.

The song itself is very haunting, a perfect soundtrack for the MV, and helps to showcase Ivy’s marvelous singing voice. To the uninitiated, it is a great gateway song to get a taste of Ivy’s vocals and her range. 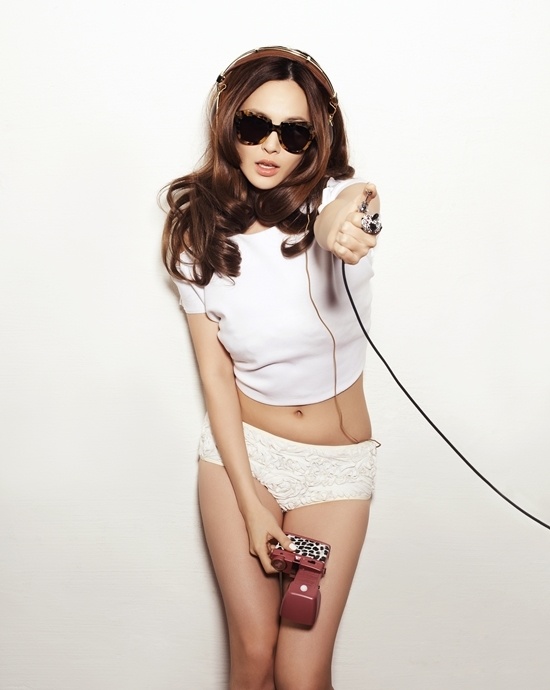 The flow of the song matches the MV almost seamlessly. However, without some background knowledge on Ivy, the MV might seem jarring to some, because of the lack of words and context within the MV. But I don’t think this song, or MV, is meant to gain new fans, but rather act as a transition between her scandals and her troubling past, into a new brand of Ivy. It’d be hard to break into an up-beat dance track after the difficulties Ivy faced between her last album and this one. The MV helps to symbolize the rebirth of Ivy and is less of a ground-breaking comeback, but more of a cathartic return to form for Ivy.

Overall, at first, the MV seemed like the aftermath of the apocalypse, but once one gets to know Ivy and her past, the MV is very thought-provoking and powerful, especially with Ivy’s acting, which seemed genuine despite the cheesy visual effects coinciding with it. I do think Ivy and her team could have gotten the same message across sans the random volcano and lightning bolts. However, the MV was a good choice for the song — a simplistic, meaningful MV for a sweet, little ballad — and a nice change from an MV about a typical girl/boy-reminiscing-over-lost love that typically accompanies a song with the title “Torn Heart.”