Sticking with the Formula: Infinite's Infinitize 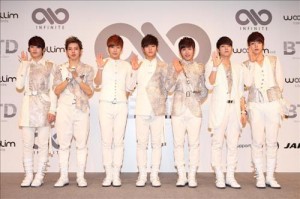 Infinite is one of the few K-pop groups out there I actually enjoy following. Even though many people think there’s not really any glittering qualities about these seven boys and that their music is mediocre at best, I still think that Infinite has the potential to become a wildly popular sensation in South Korea (and around the world).  So far, they have proved me right. After a grueling year of nonstop promotions and comebacks last year in both South Korea and Japan, including two extremely successful singles, “Be Mine” and “Paradise,” Infinite has remained surprisingly quiet for the first five months of 2012. But after a painfully long wait, Infinite has shot back to the top of the K-pop scene with their newest mini-album, Infinitize.

The interesting thing about Infinite is how the group has already created a unique sound to their music that makes anything released by the boys easy to associate with them, even to people who are not Infinite fans. The intro track to Infinitize, “Infinitize,” does just that — it brings in the upbeat intensity that has become the trademark sound of Infinite to open the mini-album. While it’s not anything extraordinarily original, “Infinitize” sets the tone for the rest of the album.

Infinitize‘s first track is “The Chaser,” a fast-paced dance track that reminds me of “Paradise” except with a very different overall feel to the song. The music video for the song was released a few days ago (and you can check out Natalie’s review of it here).

When listening to “The Chaser” for the first time, I was overwhelmed just by the sheer number of things going on in that song. Even the beat was hard to pick out and when it ended, I was left sitting at my laptop with no real perception or opinion of what I had just listened to. The thing about “The Chaser” is that Infinite basically took all the elements they had put into “Paradise” (the 80’s-esque beat, heavy bassline, and rock moments) and amped those up even more. So while “The Chaser” sounds pretty cool, it’s not anything special because there was no “Wow! I’ve never heard them do this before!” moment during the song. “The Chaser,” while packaged pretty nicely with strong lyrics which were distributed relatively fairly (although there seemed to be a severe lack of Woohyun in the MV) and great sound production, it just fell short of “blow me away” impressive. Infinite, while extremely successful in terms of creating their own sound, something that most groups do after two years or so, needs to learn that stepping out of that “sound” isn’t necessarily a bad thing either. 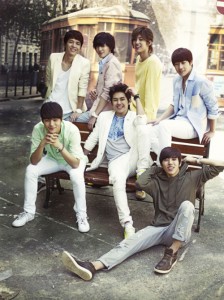 “The Chaser” was followed up by “Feel So Bad,” a heavily instrumental track that emphasized the harmonizing of the boys’ vocals. There are numerous sweeping string sections throughout the song, which made it feel very chaotic. Also the tempo of “Feel So Bad” felt very strange — not something incredibly fast, but nowhere near slow either. The rap lines that were tossed in between verses also bothered me, because they felt like something of an afterthought. While I appreciate the fact that “Feel So Bad” is a song that I probably would not have expected Infinite to take on, the execution of this track could have been much smoother. The paradox of masking a sad song in terms of lyrics by giving it an upbeat feel was something that the producers of Infinitize also decided to do to “Feel So Bad,” which ultimately just wound up making it sound like an overly busy track.

The next track, “In The Summer,” was a much lighter acoustic track that did a great job of showing off the boys’ vocal capabilities without overshadowing them with crazy instrumentals. Even though “In The Summer” wasn’t anything crazy that we haven’t heard from Infinite before, it was still a fun song to listen to and captured the lighthearted side of the group really well. It also emphasized the admirable fact that unlike many other post-rookie male K-pop groups, Infinite’s vocals are strong enough for them to tackle acoustic songs without employing the help of electronic synths. “In The Summer” is easily one of my favorites from Infinitize, even though it can be categorized as a filler track for the mini-album. I can totally see myself listening to this while spending an afternoon at the beach.

Infinite tackles a ballad next, “Only Tears,” which features a lot of piano (courtesy of maknae Sung-jong during live performances) and Myung-soo‘s guitar-playing skills. While I don’t necessarily see Infinite very seriously as a ballad group, I have to admit that “Only Tears” could have been worse.

The tricky thing about ballads is that in order to to make one memorable, the vocals for it has to be really something special. While Infinite has strong vocals, arguably Woohyun and Sung-gyu have the strongest vocals in the group and everyone else is pretty much on par with each other, I don’t think that their vocals are strong enough to make a ballad memorable. Thus, “Only Tears” didn’t really stick in my mind. I do enjoy watching Myung-soo and Sung-jong play instruments during live performances though–it’s definitely a lot of pretty.

The sixth track on Infinitize is “I Like You,” an upbeat pop song with some cool guitar riffs that remind me of the boys’ Over the Top days. Even though this track is solidly within Infinite’s comfort zone, it was an enjoyable listen. It’s clean and has a great sound, which makes it easy to identify as an Infinite song. If they had made this track a little bit more original or changed the style somehow, this would have been a great title track instead of “The Chaser” because it doesn’t have the same overwhelming quality of too many things going on in the background.

Infinite closes Infinitize with “With…,” a slower track with a very 80’s ballad feel. It’s nothing new — I could definitely feel some similarities between “With…” and “Real Story” from Over the Top. While “With…” is significantly slower, I felt like Infinite didn’t really bother with trying to step out out of the box with this song.

Overall, while Infinitize did a great job showcasing the boys’ voices with slick production, the mini-album itself felt very unbalanced. Infinite altered between making feeble attempts to break out of their comfort zone and staying solidly with music that they felt very comfortable performing. Tracks like “The Chaser” and “Feel So Sad” were difficult to listen to and absorb because they just seemed so complicated, while other tracks lacked that ever-important hook in K-pop and failed to keep me interested the whole way through. If the concepts that were showcased in Infinitize had been spread out a little more evenly across a full album, the boys could have made a bigger impact.

It would be a shame if Infinite gets stuck in an endless cycle of “reuse and recycle” in terms of music, and after Infinitize I’m a bit worried of that happening. Not that their fanbase will really care at all, but Infinite has the potential to become one of the top K-pop groups in the next few years and I want them to. These boys work ridiculously hard and it’s hard not to want success for them. With that said, I don’t think that Infinitize is something significant in terms of musical growth for Infinite, but I don’t think it was a setback either.

What do you guys think about Infinitize and Infinite as a group overall?