Marriage is a Crazy, Emotional Thing 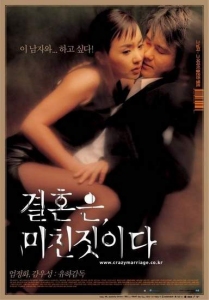 A fall afternoon. A blind date. Two people, meeting over orange juice and coffee. Polite smiles, banal conversation, a dull movie that she’s already seen. This is the perfectly benign set up for Yoo Ha’s Marriage is a Crazy Thing.

But as the alcohol flows and the right articles of clothing come off, something else entirely happens: they begin to actually speak to each other. There is a self-awareness to how absurd the situation is, and the talk goes on, they both unveil the ugly-yet-playful side of their personalities.

I don’t like either of the characters: Yeon-hee (Uhm Jung-hwa), a serial dater who has some financial independence but values financial security so much that she can’t find Mr. Right; and Joon-young (Kam Woo-seong), a part time English lit professor whose career is stuck on the launch pad. He has no financial freedom or independence but is also a serial dater, and possessed the rare combination of being deeply sullen and supremely cocky.

Marriage is a Crazy Thing is among my favorite Korean films–one of the first I ever saw–but I’ve never truly been able to figure out why that is. The film has always had an asterisk next to it in my head, and in the past I’ve likened it to three-chord rock bands that aren’t technically good but just have something–some spark, some elusive glimpse that is hard to pin down–to them.

A few months ago, film critic Kartina Richardson wrote a post on Mirror Film about the various problems one encounters when writing film criticism. Her starting point was about race and color, but (being a white male) I latched on to a different part of her essay. “I never want to discuss cinema in a leaden and academic way, but what other way is taken seriously?” she asks. “Emotional discussion of film is often dismissed as juvenile,” she says. And she’s right. And it’s absurd. Why should films be reviewed differently than they are viewed?

Film is a thoroughly emotional medium.

Movies are meant to make you feel, or they fail. They can also make you think. But while a film that can make you only feel is fine, a film that only makes you think seems to be missing something: a soul, a center, heart, a point of view. Whatever you want to call it, it’s the emotional element that is missing from otherwise good films, such as Syriana or, for me — though some will disagree — Barking Dogs Never Bite or A Single Spark, that keep them from reaching a certain level, from really digging in under the skin and into the vital organs.

When I go back and read over the bad reviews I’ve written – either the ones I didn’t write well, or the movies I didn’t like – the thing missing in them is generally an emotional point of view. Now, the catch to that is that emotions are also the easiest thing to manipulate in film. The mainstay of South Korean drama: the melodramatic tearjerker, for instance. But they can’t be manipulated clumsily. If we see the strings of manipulation, we can cut them off and be free of them. 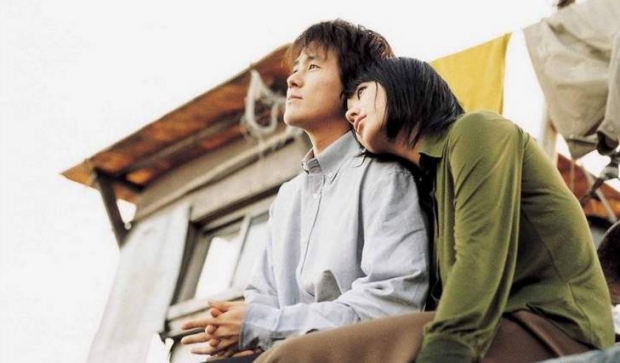 Where does Marriage is a Crazy Thing fit into that?

It’s a perfect example of a film meant to be viewed emotionally rather than intellectually. Your brain will only get in the way of the story, which lays itself out almost like a modern fairy tale, but in reverse, where the man is the powerless maiden waiting to be freed from his cell by the one he loves as friends and family around him move on in life, get married, have kids and careers.

Joon and Yeon-hee’s relationship was designed by them to be a weight station along the road, just a temporary stop before their final destination, but they never quite found a way out. They meant to, sure that each would cheat on the other, confident that the other was not fully up to building a real life around, but the thing about it is that they mesh so well, compliment each other so perfectly in their awfulness that it is kind of endearing.

Even after Yeon-hee’s marriage they can’t end it, becoming a weekend couple, when Yeon-hee lends Joon money to move out of his parents’ house, into a small roof room apartment. From the outside it appears that this actually the only way their relationship can truly function.

It’s the apartment, tiny, cramped, decorated by her, but lived in by him that makes all the difference in the world for the film. It’s a perfect stroke from the writer-director, Ha.

So, the somewhat strange conclusion to the question, I think, is that I like Marriage is a Crazy Thing because of its emotional selfishness. The meeting of these two characters in their little roof room getaway sparks some kind of a firewall into existence, where common sense, morality, guilt, conscience, law — or anything related to the brain — cannot penetrate, if only for a small amount of time. When something does finally penetrate it, it is a tide of emotion. It makes a mess, but it’s a true mess. Emotions always are.

Overall, this film defies a number or star grade. It’s a film that is greater as a whole than its parts, but if pressed… 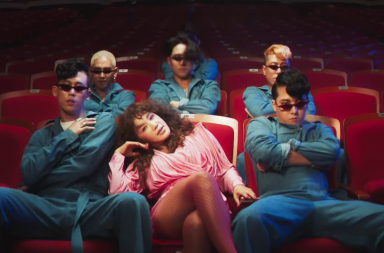 Uhm Jung-hwa’s “Ending Credit” is Not Yet The End

Witch’s Romance, Episodes 9-12: The Rise and Fall of Noh Shi-hoon

Witch’s Romance Episodes 5-8, Or How To Be A Real Man