Same Old, Same Old: Why the Structure of Boy Groups Needs a Makeover 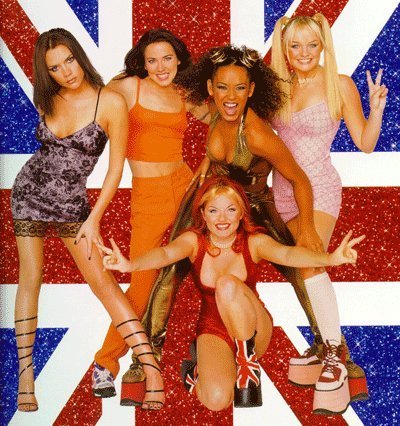 The saying “if it’s not broke, don’t fix it” is a well-known one, and can be applied to films, books, magazines…pretty much any kind of media. Yes, creativity and originality are the driving forces that keeps K-pop from going under; but it still operates within a very small sphere of formulae conceived to bring us, the fans, exactly what we want. Rarely is this more obvious than in the makeup of a group.

I’m going to focus on the boys, mainly because I have a better grasp on more of their characters. Now before you grab the flaming torches and pitchforks in order to point out each idol has a completely different personality, I’m not saying they don’t. But they each have a persona they have to pretty much stick to. It’s not at all unusual. I mean, one of the greatest girl-groups of all time (if you count album sales) are the Spice Girls, and they were literally their own labels; Scary was fierce, Baby was cute, Sporty was energetic and focused, Posh was glamorous and Ginger was, well, ginger. This has nothing to do with talent; it’s about the roles each idol plays.

The more you think about it, the more it becomes true. Take Big Bang and SHINee, two groups at the top of their respective fields. While plenty of people, myself included, are both Shawols and VIPs it’s clear the two group have different styles. Big Bang push the boundaries of K-pop by mixing a variety of sounds, such as R&B to produce songs that often sound a lot more Westernised than you average K-pop song. Their fashion is unique bordering on the outrageous, and there are blatant sexual overtones and middle fingers galore.

On the other hand you have SHINee, who stick very much to enjoyable, “safe” pop. I’m not saying it’s not high-quality, but it’s hardly far-out; this is SM we are talking about. They dress in the latest — therefore rather predictable —  fashion, avoid scandals like the plague, and while the older members might be creeping towards their mid-twenties, the noona-bait image has never really gone away. Different ends of the spectrum, so why are there so many similarities?

I can’t help but think it comes down to this fact: the makeup of the groups are very similar.

Say you’re a fan of Minho because he’s charismatic, silent, and when he looks at the camera with those eyes and speaks in that deep voice, it feels as if he’s talking to you, and he thinks you’re the sexiest thing on the earth. You think you’d like Big Bang, but who is going to turn your stomach to butterflies now? Don’t worry, Big Bang has T.O.P, and he’s perfectly capable of doing exactly the same thing. True, he tends to be more suggestive, and backstage footage reveal him to be something rather more childish, but nevertheless, you get the same deal in different wrapping. 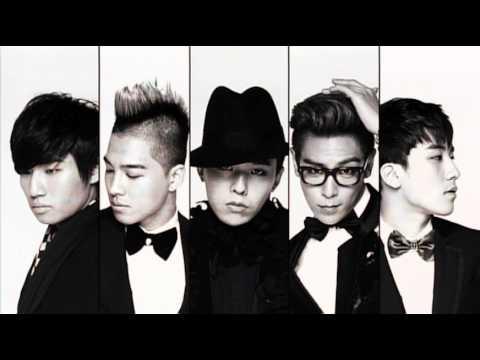 But actually, you’re more of an Onew fan, he’s funny, a bit of a fail, but still pretty handsome. Aren’t those qualities that Daesung also possesses and uses in much the same way? Key’s a fashionista, creative, can be a little cruel but there’s a caring, motherly element about him. His equivalent? G-Dragon. Jonghyun and Taeyang mirror each others soulful but playful attitudes (I’m sure their challenge with gravity really is a coincidence ). In fairness I can’t really draw huge parallels with Seungri and Taemin because Taemin has retained alot of the magnae agyeo while Seungri has used his solo ventures to shed his. But the two of them do pull in the majority of the older fans (if my undercover internet sleuthing is correct).

This repetition means that fangirls will always be guaranteed to find their bias type in a group, even if it is at the expense of the idols’ true personas. Super Junior have taken it a step further — almost every possible preference seems to have been covered. True, it might be based on their actual personalities, but don’t delude yourself into thinking there are not scripted reactions and statements that idols must say, even if those things are far from what they would do if they were not in the public eye.

If you strip away the often thin veneer of natural personality, you get a formula that has been used again and again, it’s evident from Super Junior and DBSK, to Beast, to Infinite, and pretty much any other boy group you care to name. It’s already clear in newcomers B.A.P and I can almost guarantee EXO will be a perfect example when they finally debut.

But to be fair, without this structure what would we have? A group of clones, each the same as his fellow members? I love Key to bits, but I wouldn’t want a group full of boys exactly like him, it would give me a migraine. No, what I want to see is idols that are a little different. I want a group where the soulful one studied nanotechnology and talks at length about it on Star King. I want noona-bait to turn up an hour late to concerts with a cigarette in his mouth, lovebites down his neck and dried blood on his knuckles. I want the funny one to have a string of casual affairs and refuse to apologise, while the bad boy is happily married to his secondary school sweetheart.

It would be a disaster, and it’s exactly what K-pop needs, even if it doesn’t like it.