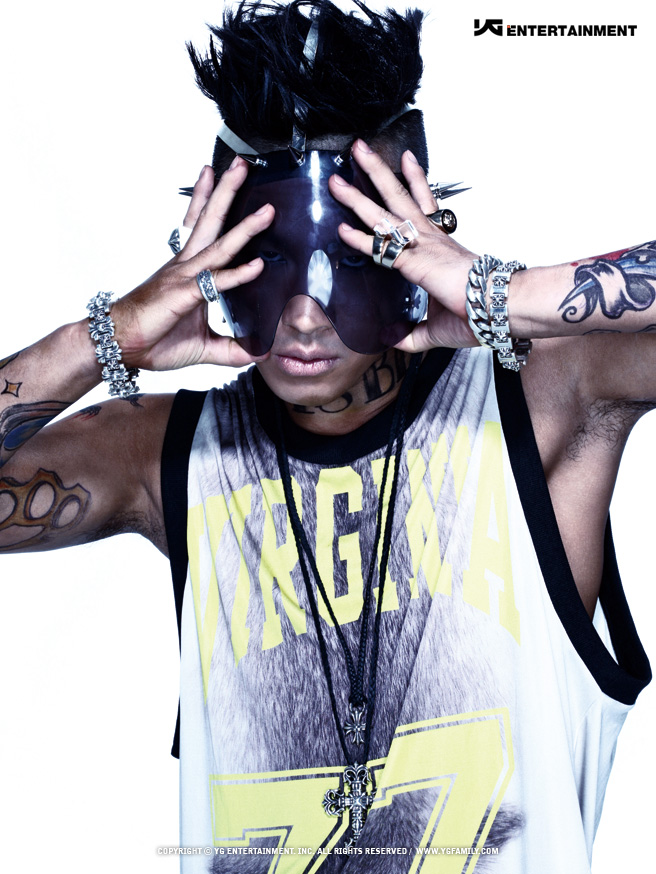 With their fifth mini-album, Alive, Big Bang currently ranks with five spots within the top 10 on Billboard K-pop Hot 100s and has become the first K-pop artist to rank on normal Billboard Top 200 albums. By now, any remark stating how they’ve overcome a turbulent year only to prevail would simply be adding to the reverberation expanding across the World Wide Web. So, let’s get on to what we came here for: modest fangirling with a side of blatant advertising and a nice, warm glass of chocolate abs to drink it down with. This week’s Shameless Plug: Taeyang.

Born on May 18, 1988 in Pocheon Gyeonggi-do, South Korea, Dong Young Bae (better known as Taeyang) made his initial appearance in the Korean entertainment industry through collaboration with hip-hop artist Jinusean. His brief scene in the MV for “A-yo”, in which he is seen wearing a #9 Steve McNair Titans football jersey, lead to a successful audition that ensued six years of vocal and dance training beginning at the age of 12 under YG Entertainment. Training as a rapper alongside G-Dragon, they were to debut as a duo (GDYB) but were later joined by an additional four trainees (T.O.P., Daesung, Seungri, and Hyun Seung) making up the first blueprint to YG’s flagship group. Once establishing the final lineup, from which Hyun Seung was dropped before their official debut in 2006, Young Bae resolved to focus on singing rather than rapping and decided on the stage name Taeyang meaning “Sun” in Korean.

Recognized for his role as main vocalist, his skills as a rhythmically acute dancer, charisma and faux hawk, my first true encounter with K-pop (which came as song recommendation) was Taeyang’s “Wedding Dress” from his album Solar (2010). Reaching 2nd place on the iTunes R&B-Soul charts in the United States and 1st place in Canada, his first full-length album made him the first Asian musician to do so. Unlike his first solo album HOT (2008), Taeyang had the opportunity to develop his skills as a vocalist as well as in music composition–co-writing four songs (“Solar”, “Where U At”, “Wedding Dress”, and “Take It Slow”) and writing lyrics to “Take It Slow”.

[youtube http://www.youtube.com/watch?v=vXNmN0kHRwA]What had first appealed to me while watching the MV for “Wedding Dress” back in 2010, was not that he had co-written the music with Teddy Park, his skills as a dancer, warm voice or his chocolate abs. My first encounter was purely visual: a young man casually dressed in a Yankee baseball cap, wearing silver rings on his index and pinky fingers while sitting at a black grand piano. I was smitten within 31 seconds of the music video. As he played the delicate piano melody, he also struck a chord with the romantic in me. By the end of the video, I was starry-eyed and typing away Taeyang in the YouTube search bar anticipating what other MVs I would come across. 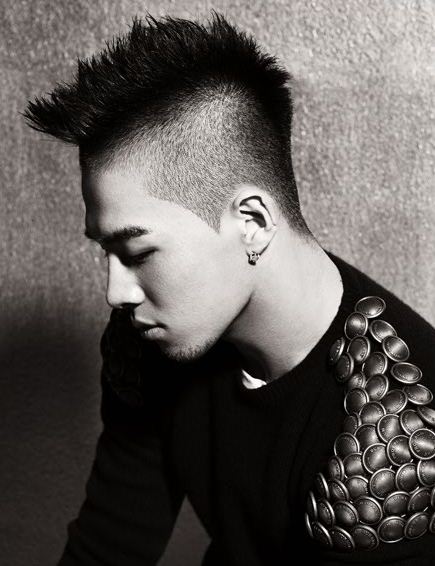 What has solidified my admiration and support for my ultimate bias is simply the fact that he hasn’t let me down as a fan. That, as he once mentioned during an interview, what he wants is “[to] be a musician who touches people’s hearts” and he has stood by his word. Although it may seem pretentious and maybe a bit naïve, I can’t overlook his dedication as a musician and entertainer, his humility, good-nature as well as his qualities as a friend to his fellow band members.

During the time in which Daesung’s traffic accident and G-Dragon’s marijuana scandal seemed to threaten the group’s existence, the only comment to stir up netizens was a cryptic tweet posted in October of 2011. For the most part, there was a static silence that VIPs theorize is depicted in Big Bang’s “Fantastic Baby” MV as a time he sought to spend in reflection. A conclusion some may come to after watching a scene in which he is meditating or seeing photos of his recent tattoo yet, is mainly verified with his strength of character, and his passion and focus displayed during current performances. Although the thanks he’s given fans on behalf of Big Bang for their love and support are general and not personal, this is by far what I appreciate most.

Big Bang will be holding their first world tour in 2012 entitled ALIVE TOUR, which is sponsored by Live Nation and reported to visit 16 countries and 25 cities. Their fifth mini-album Alive, which consists of 7 tracks, is mainly written in collaboration between G-Dragon, T.O.P. and Teddy Park. Their album currently ranks #1 on both Gaon monthly and Gaon weekly charts in South Korea, #4 on Billboard world album chart, #151 on Japan’s Oricon weekly album chart and #150 on United States Billboard 200 chart. If you don’t already own at least one of the six different editions, I would strongly recommend checking it out.