My general thoughts on Teen Top are that of indifference. I am not a big fan of their music, but I don’t dislike them. I was side eyeing them when they came out with “Noona Don’t Wear Perfume“, but other than that, I shrugged my shoulders and moved on. But one of Teen Top’s members, C.A.P, reminded me of a Korean Richard Cypher, so I developed a soft spot for him. Then I came upon this gem.

What exactly did he say? On Mnet Wide’s “Open Studio,” Teen Top’s C.A.P  is asked how he would raise his children. He replied that he would dote on his son and give him everything he wants. And how would he treat his daughter?

As for my daughter, I would hit her and keep her locked up at home.

WTF, C.A.P. And all this was said with a little smirk on your face?

I used to like you C.A.P. I thought you were a decent guy, but I thought wrong. Do you see that? That’s my respect for you flinging itself out the window. This comment — made by Teen Top’s dear leader, no less —  is abhorrent and downright misogynistic . Even his group members gave him a look of that says “What just came out of your mouth?” I cannot even begin to describe how utterly wrong these 35 seconds were. 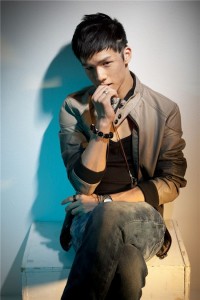 Not only does C.A.P say that he would physically beat his daughter but he claims that that’s just his “cool” parenting style.

First of all, just because he is nineteen does not mean he doesn’t know about how one should treat other humans. One also can’t base his ignorance on the supposed culture of the country. While South Korea is a patriarchal society, one also tends to forget that South Korea does not condone violence against women. During the late 90’s, Korea passed the Law to Prevent Domestic Violence and passed more legislation to  in an effort to protect women’s rights. While the nation still has ways to go regarding women’s rights, they are not stuck in the Medieval Era where male chauvinism can always be excused.

And while spanking your child is seen as normal in many countries, his blatant misogyny is repulsive. What’s even worse are the fans who defend his statements. There is no ambiguity in his statements; it is blatantly sexist. You could even see the discomfort of the MCs and other Teen Top members because they know what he said was out of line. I understand that in Asian cultures physical discipline is part of the parenting style but if that’s true why would he dote on his son but keep his daughter locked up at home because it’s dangerous outside?  It’s male chauvinism at its finest.

I have seen people defend his statement about treating his daughter more harshly, because the outside world is dangerous and it is necessary to receive such treatment to survive in the world.  I beg your pardon? That is one of the weakest refutations I have seen in my life.  It’s because people make those kinds of excuses that women still aren’t respected and still refuse to hold themselves to a higher standard of morality. Other fans have claimed that C.A.P.’s remarks were nothing but “just words” that would not translate into actions. That’s yet another weak argument, because words do have power and just because we haven’t seen him actually hurt anyone doesn’t mean his remark wasn’t out of line. We take offense to racist remarks, so why should C.A.P be excused for his sexist ones?

C.A.P.’s popularity amongst fans does not excuse him from being  called out for things like this, and making excuses for outright sexism can be as bad as the deed itself.

What are your thoughts on it? Leave your comments below.