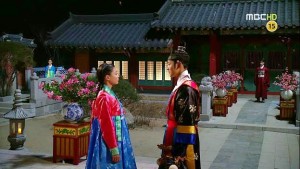 In the second week of 2012, we saw MBLAQ wage War (they should battle whoever gave Seung-ho that haircut), IU Wanted to Like You, Boyfriend trains to be the next big Hallyu stars, INFINITE tears are shed, Song Ji-hyo sees red for BAZAAR Korea, f(x)‘s Victoria get the lead role in an upcoming T-drama also starring Fahrenheit‘s Calvin Chen and Super Junior M‘s Zhou Mi, Sunny Hill have affection for grasshoppers, and two moons + two suns = heartache.  What 5 things that happened in K-pop this week did I love more than the rest?  Keep reading to find out.

On the latest Invincible Youth Season 2, Suzy, Ji-young, Bora, and Ye-won‘s mothers visited the set for some fun.  In between touring the farm (where Bora’s brother also got to meet the girls) and some question and answer rounds, the girls each had their moms show off where they got their sexy moves from… which in all the cases I think was their entertainment companies.  It was still cute though.

On this week’s episode of Immortal Song 2 the theme was ‘A Duet with Legends’ where each of the contestants paired up with a legendary Korean singer for a duet.  A lot of people were talking about the sexy perfromance of Brian Joo and Kim Wan-sun, but the duet of the night was definitely by 4Men‘s Shin Yong-jae and legend Jo Jang-hyuk singing the rock ballad “중독된사랑 ” (Addicted to Love). 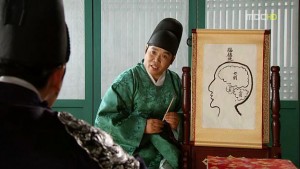 The Moon That Embraces The Sun is about first love, politics, and the power of fate. It’s been mostly fun and young love so far in the drama, but next week’s episodes will turn the fairy tale ending of this week where the prince gets his princess into a Grimm tale.  I did love this bit from episode three where Prince Lee Hwon‘s servant Hyun-sung tries to explain the thought process of Yeon-woo (the princess to be) to him– her knowledge of men is 70% her brother Yeom, 20% Prince Yang-myung her brother’s good friend, and 10% her brother’s other good friend Woon.  Prince Hwon?  He’s the tiny dot on the bottom, to which he gets angry and sends Hyung-sun to face the corner.  Next week’s episodes will be the last for the younger cast of Yeo Jin-ku, Kim Yoo-jung, Lee Min-ho, Kim So-hyun, Siwan, Jin Ji-hee, and Lee Won-geun. While I can’t wait to see the story develop with the lead actors, I’ll miss these young actors who did a great job of setting up the story for us.

It’s another round of eliminations on K-pop Star and this time the contestants are vying to get placed in one of the three companies to further compete. This trio made up of some of the best dancers in the competition did a great routine that blew away the judges and got all three a ticket from BoA into SME.  I thought YG would want the trio, but I guess SME wanted the boy that could be their next Taemin more. 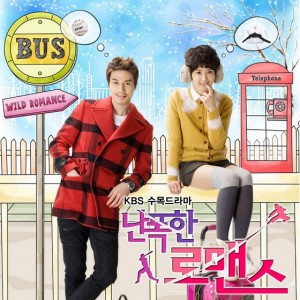 I was looking for a light hearted and fun K-drama to counteract any heartache I’d be having with the other drama I’m watching (see  thing 3) and I think I found it in Wild Romance.  It stars Lee Dong-wook as a talented, but hated pro baseball player Park Mu-yeol, and Lee Si-young as a bumbling bodyguard Yoo Eun-jae who’s a baseball fanatic for a rival team and hates Mu-yeol’s guts.  Of course by a twist of fate she becomes his bodyguard and there’s a stalker after him.  It was unexpected to see Dong-wook playing a brash and unlikable type (and can someone please clean that crap off of his face) and to see Si-young so plain looking (what a difference hair and clothes make).  Also co-starring in this drama are two of my faves from What’s Up, Oh Man-seok and Im Joo-eun playing the leads’ best friends.  This is the second week of the drama which is slated to have 16 episodes and is a Wednesday/Thursday drama for KBS.