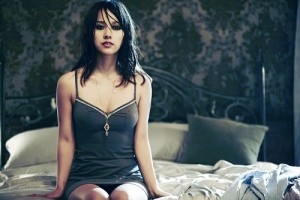 Firstly, Hyori’s in the MV! I’ve missed seeing her.

Secondly, what kind of name is SPICA?

According to some sources, it stands for “Sonic Princesses Infinitely Creating Anarchy”. It appears that bosses at B2M Entertainment decided to randomly throw some English words together because they like the individual meanings of the word. They must have missed the memo that states that names should make sense. Another source states that the name comes from “spica”, which is the 16th brightest star in the sky (although according to Wikipedia, it’s the 15th brightest star). I’m not sure which is true, but I really hope it isn’t the former, although, why pick the 16th/15th brightest star and not the first?Aside from the name, the girls of SPICA consists of former Five Girls/T-ara member Yang Jiwon, Superstar K 2009 contestant Park Narae, as well as Kim Boa, Park Joo Hyun, and Kim Bo Hyung and they’re all being mentored by Hyori. That in itself caught my attention and gave me a reason to check them out. Honestly, I wasn’t sure what to expect. Initially, I thought that with Hyori mentoring them, it’d be all “Chitty Chitty Bang Bang”-esque in-your-face sexiness and sassiness; however, I was mildly surprised when I heard their song and saw their debut photos. They’re not a mere reproduction of Hyori. They do look like they have a slight edginess to them, but it’s not all about hot pants and tight tops. 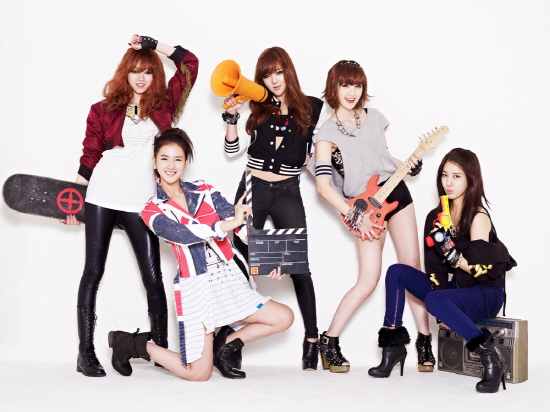 Hyori plays the protagonist in their debut MV, and from what I can gather from the video alone, Hyori’s character had a fight the previous night with her man and is mulling over the fight and the implications of it in the morning. It’s not that origina,l but I think the point of this whole MV is Hyori, in her cotton negligee, acting as eye candy.

I don’t think the MV is bad, but you can’t see the girls of SPICA in it so I can’t place the voices with their individual faces. I’m divided on whether this is a good thing or not. As it is their first MV, one would think that a new artist would want to introduce themselves to their listeners, but by having Hyori play the lead in it, it brings the hype needed to bring attention to SPICA and set them apart from the plethora of girl groups out there. Bear in mind that SPICA will have to compete with the likes of 2NE1, BEG, SNSD, Wonder Girls, KARA for a chunk of the already saturated girl group dominated Korean music industry. It’s still too early to see whether they have what it takes to succeed and be bigger, if not better than the other girl groups currently out there but I do hope however that Hyori shouldn’t be the only reason why we should check SPICA out. 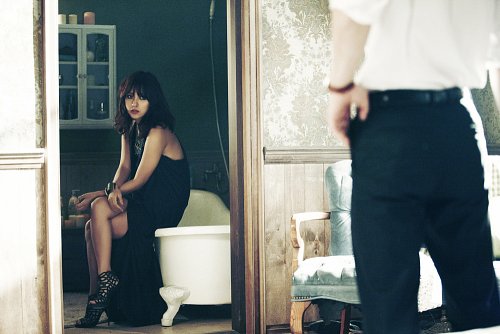 The song is a slow tempo song and has a familiar feel to it…like almost everything else I’ve heard it before. I don’t think it’s in any way an amazing track, but it does showcase the girls’ voices and harmonization, which I think is a good thing for a debut single — it shows that they aren’t a gimmick and can sing. It might not be a strong BAM!-in-your-face debut single, but the subtlety of the song will make an impression on the listener and have them replaying the song…at least till they figure out where they’ve heard the song before.