The 101 on Crazy K-pop Fanboys 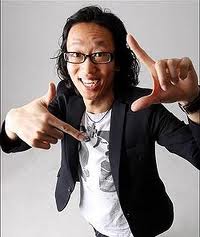 [Warning — if you are an overly sensitive, overly obsessive K-pop fanboy, you are advised to leave this post at once.]

Most of the posts here at Seoulbeats are usually about the celebrities and their activities, but today let’s switch it up again and talk about K-pop fanboys. Last time I talked about fangirls and their “mannerisms,” so it’s only fair that I take the time to address the behavior of their male counterparts as well.

Before I go on, let me just put it out there that this does not pertain to all fanboys of K-pop. There are many intelligent fanboys that understand the balance between entertainment and life, but a good amount of K-pop fanboys are just plain “interesting.”

Now, the thing about K-pop fanboys is that they are not as common as K-pop fangirls because let’s face it, the biggest target group that K-pop companies zero in on are teenage girls. However, ever since the great girl group explosion of 2009, more and more K-pop fanboys have been roaming the Internet and making their way towards concert venues as well.

What separates the K-pop fanboys from the K-pop fangirls are the stereotype differences. Here are two general types of fanboys that we all commonly encounter in the K-pop world these days: 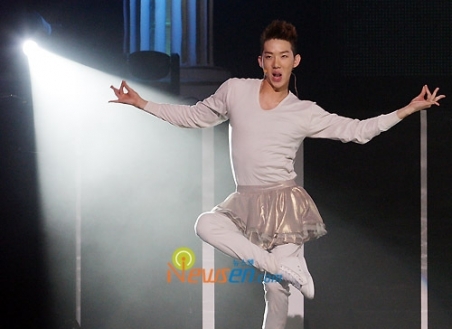 I’ll give you bonus points if you know where that reference is from. On the subject at hand, times have changed globally. Along with having international influences, we live in a net-culture where it is funny and routine to see guys dance to girl group songs. Before, it would have been unacceptable and almost deemed “wrong,” but now it just seems normal in the K-pop world.

These kinds of fans aren’t that bad, unless you’re uncomfortable watching a dude bubble popping or bopeeping.

A lot of the times we see fanboys just joking around, but in other instances, these fanboys take it super seriously and go all out. Not only do we see fanboys dancing to girl songs, but we also even see K-pop male idols themselves dance to girl songs, and the funny/sad thing is that sometimes the males even outdance the girls on their own songs. If you are uncomfortable with that, avoid the following video (even though it seems rather tame to me).

Type 2: Girls Bring the Pervs Out

Music entertainment companies know that sex sells, and it is selling more often than not, but the question is: what is “sexy?” 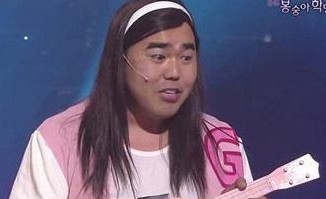 There’s a clear difference in what sexy is in Korea versus America, but lately the differences have been slowly deteriorating due to the infusion of cultures between different countries. Still Korea has two distinct versions of sexiness: The standard and the aeygo. The standard-sexy usually involves girls seductively dancing in revealing clothes while the aegyo-sexy usually involves girls being cute and coyly talking in an abnormally high pitch. Regardless of what is sexy, men are simply attracted to the allures of women.

That being said, this brings in a whole bunch of perverts ranging from the awkward pre-teens to the creepy ajusshis (uncle fans). We usually see these fans in the comments sections of YouTube videos or on forums saying “[      ] is so freaking hot!!!!!” and that is VERY VERY tame to some of the other things that I see…

To be honest, the statement at some point or another ends up turning into “I want to [   ] her now,” and that is just TMI. Sometimes it gets even more explicit what guys type down, but I guess everyone has some kind of fetish. For the most part these fans aren’t much of a problem, the most they will do is well… cater to themselves, but there have been instances of these fans being more than extreme and lashing out. 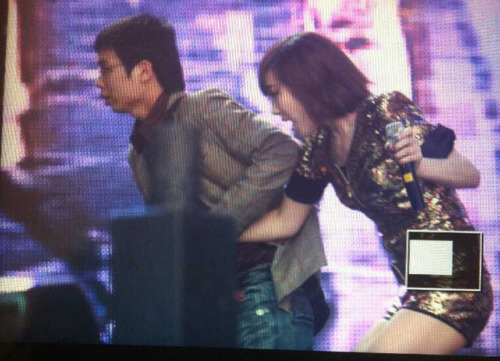 One instance of this manifesting physically was during April 17 last year, when we saw Taeyeon from SNSD being pulled off the stage during a Run Devil Run performance by some crazy fanboy. Luckily, the fanboy was stopped, and no one got hurt.

However, just taking this case, these fanboys need to be notified that these groups aren’t yours to literally take from the stage, and it is scary to think that there are potentially even more fans out there who aren’t aware of this basic difference between the K-pop world and reality.

Speaking of SNSD and their crazy fanboys, check out the screaming from this extremely excited fanboy during a fairly recent performance of “The Boys“:

It can be argued that his vocal cords might even rival even those of the legendary “pterodactyl” Sooyoung fangirl… if that’s even possible.

These are just some of the stereotypes of crazy K-pop fanboys that I see around the world of K-pop. However, like I said earlier, there are definitely other types of male K-pop fans. If I’m missing any other stereotypes, feel free to let me know in the comments section below!