Welcome to another installment of awkward moments in K-pop.

This time, I present to you just a portion of commonly reoccurring awkward moments in the K-pop sphere.

Here are four recent instances that made me cringe just a little bit on the inside. 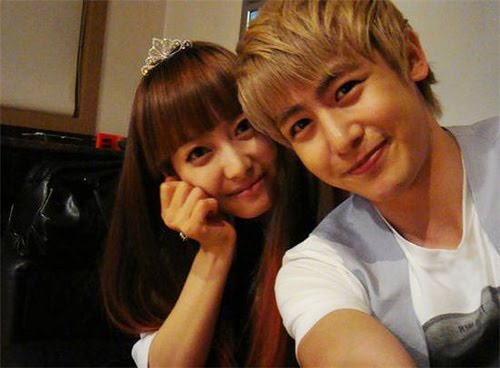 That awkward moment when no one knows exactly what to do with an overly possessive fan. Obsessive fans are nothing new to K-pop, but one fan was able to break the ranks and rub both Nichkhun and JYPE the wrong way. She tweeted “You can’t escape Khuntoria forever,” “You are Victoria’s husband. You are in Khuntoria. This is forever and eternal,” and “Khuntoria will last even after you die.” JYPE, being annoyed with the fan’s constant spamming of Nichkhun’s twitter account, decided to finally take action and issued a warning to the over-obsessive Khuntoria shipper. In order to get the fan to stop spamming Nichkhun’s account, JYPE replied saying “Your tweets to Nichkhun is inappropriate. We advise you to stop immediately. If this continues, JYP will bring up the litigation.” Even after the stern warning the fan was still not moved to change. In fact the person responded with a semi-rebuttal of their own. Honestly I don’t know what to think about how JYPE handled the situation. Part of me says they should have ignored the fan, but another part of me says the company did this as a warning to the fan and other potential obsessive fans –but a third part of me finds this funny in a weird way because this is something you usually only see in movies. But then again, movies have to get their inspiration from somewhere.

That awkward moment when you don’t know what reaction to make about a scene. I’ve been searching for a drama to get into lately, and I got into a groove watching the drama Color of Woman. Despite the awkward title the story is light-hearted and cute, but it couldn’t stop this drama from having an ultimately awkward scene. In this scene the director tells one of her subordinates to switch outfits with her. What ensues… is just plain weird. No words can express what went through my head when I first saw this. Just see it for yourself. The part in question starts at 4:28.

That awkward moment when a fellow group member calls you out. There the girls were being their normal lovable selves when Yenny starts talking about how handsome Nick Cannon was. Then out of nowhere Sunye reveals to the reporter that Lim was especially fond of the Nickelodeon alum. Lim bashfully admitted it and was left speechless. Other notable parts in the interview: when Lim turned into Hilary from The Fresh Prince of Bel-Air. Maybe it was just me, but Lim’s mannerism during the explanation of their movie was slightly reminiscent of the actress. Then later in the interview, Sohee (who was a recluse throughout) chimed in with one of the funniest moments in the interview. When asked where they lived, she comically replied “maybe a hotel” which made everyone burst out in laughter.

That awkward moment when Mir has a “pedoappa” moment. Holy pedobear moment! Stop the presses! I don’t know what was going through his head when he said this, and I really don’t want to. Somebody get him a girlfriend stat! Just know that my suspect meter has been set to high alert for Mir. He will be placed next to Leeteuk and Heechul in my suspect category. I will be side-eyeing him from now on.

What are your thoughts on these awkward moments and have you stumbled upon them recently?