Orange Caramel is the perfect group for Halloween. While they have these insane nonsensical outfits, they also have fun, youth, and a willingness to act silly for the entertainment of others.  Their latest incarnation is essentially a tribute to China, just in case the song title ‘Shanghai Love’ didn’t tip you off. They have just begun song promotions with visual tributes to Bruce Lee and “jigae” Chinese Vampires. With the heavy Halloween undertones, it brought to mind—could the Chinese costumes be offensive?


There’s no doubt that the concept is being done with purely innocent intentions. It’s part of Pledis’ “One Asia” project, which having covered Thailand and China, finds other culturally-rich Asian countries to write songs about.  This came up while costume shopping, coincidentally. There was a discussion over the offensiveness of certain theme costumes, such as “Native American,” “Geisha,” “Oriental Princess” (anything with the word oriental in it really) “Mexican”… unfortunately you can go on and on.

I realize that in a way it is an unfair comparison – what Orange Caramel is doing, for lack of a better word, is a tribute, as opposed to creating caricatures of a living group of people.  My interest lies in what would seem like the next logical country: Japan. Now, considering the history between South Korea and Japan, it likely makes the issue more sensitive than say, with China. 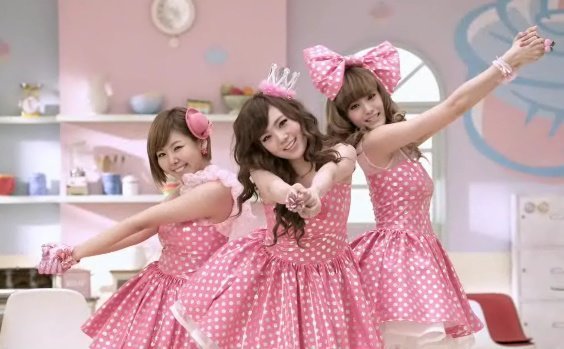 Just think of what the costumes could be – Harajuku girls, geisha (of course), even yakuza? I think of what a slippery slope this could be going down the line if they decide to draw this out, say if they were to do Vietnam (not likely, but work with me here). Would they appear on stage dressed to work in a rice paddy?  Or let’s turn it around on them and say, how South Korea would feel if China had a pop group doing a “tribute” to Korea, with hanboks, paper fans and the like. I have to say, I’m not entirely sure how they would react. There would likely be no international incident, but I have a feeling they would be less than enthused.

It can be a thin line between paying tribute and being gimmicky. American artists in particular are often given much grief over their depiction of other ethnicities in their music videos and performances. Korea’s closeness to China does not support an attitude of (extreme) cultural ignorance; but we should still remember that reaching into more obscure areas of Chinese folklore, while commendable, could unearth a piece of cultural history that is sacred and unfamiliar.  A seemingly inoffensive gesture on Pledis’ part could strain relations with an integral part of their fan base (i.e. Muslims and their taboo of visual references to their prophet Mohammad in the media no matter the tone, is considered sacrilegious).

Still, we have to remember that being a part of the Asian community makes these countries less culturally distant. Korea doesn’t exactly have a great track record with um, representing countries outside the Asian Diaspora. In addition much of Asia is enamored with Korean pop culture which has done its job in boosting its visibility throughout.  So, likely, this is just a lone thought from my overworked brain, but does anyone else feel ‘Chinese dress-up’ could be taken a little too far?