How Bad is Tablo's "Bad" and The Rest of Fever's End? 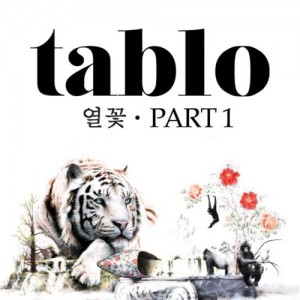 Tablo recently dropped his latest album Fevers End Pt. 1 under his newest agency, YG Entertainment. The music video for the title song, Bad, quickly followed suit, and just recently, Tablo made a return to the music stage with Bad — as well as this odd half-music video of Taeyang singing featured parts alongside Tablo’s live performance of Tomorrow, the title song for Fevers End Pt. 2. Needless to say, Tablo is finally within the eye of public again — we’re seeing him, we’re hearing him, we know he’s back — but has he changed for the worse?

The Bad music video has been met with both love and hate, as there has been since it was announced that Tablo had signed into an exclusive contract with YG. Personally, I enjoy the dark, disturbing storyline and I appreciate hearing Tablo rapping again. The music doesn’t seem anything out the ordinary coming from Tablo, and I take that as a good sign. Many fans were thoroughly concerned about Tablo signing with YG for fear of deterioration of the quality, soulful music Tablo usually delivers into recycled bubble gum pop. But Bad as well as the rest of the album tracks, at least so far, sound very authentic to Tablo and his genre of music. And why wouldn’t it be? Tablo wrote, composed, and produced the entire Fevers End album.

Some critics, however, point out that Bad music video is a jumble of leftovers from all of Big Bang’s older music videos and is a poor indicator of Tablo’s creative freedom. The music video is after all like 80% violent sexual storyline and then some shots of Tablo with excessive eyeliner.

Granted, I doubt Tablo had much to do with the aesthetics of the music video, so I don’t think a music video’s visual content is substantial material to judge an artist with. If anything, the music should take precedence, especially since Tablo’s self-written lyrics often carry more artistic and emotional weight that any acting portrayed in his or Epik High‘s music videos. So yes, perhaps the music video was rather abstract and maybe even forgettable (I mean I just watched it and I can’t remember most of what was going on), and I’m sure all those who disapprove of Tablo being a part of YG are going to use the music video as evidence of their case. But visuals and eyeliner aside, at least Tablo is still being consistent with his music. So yes, to some degree, the music video is bad. But the music is not. And at the end of the day, what’s more important?

Tablo achieved the fame he did by sticking to his own musical style rather than adhering to popular music culture, and has since remain rooted to his music. If anything, this album should bring a sigh of relief to all those who feared that Tablo would morph into a plastic k-pop idol after joining the YG family. Fever’s End Pt. 1 sounds like the same Tablo we’ve always known, and for a change, that makes Bad fairly good, as well as the rest of album. Welcome back, Tablo. 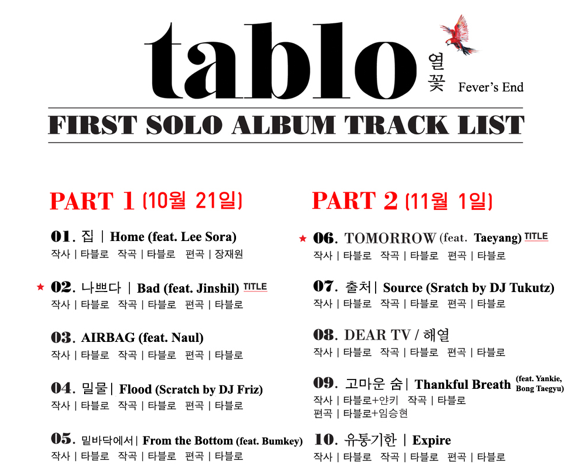