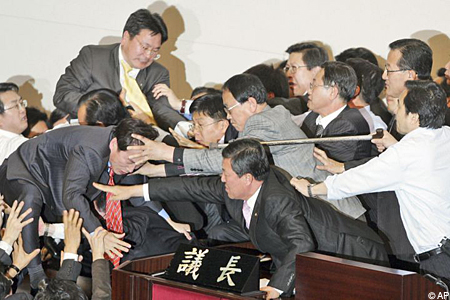 Every once in a while, I’ll be cruising through CNN.com and find Korea on the “video” page. About 10% of the time, South Korea is mentioned along with North Korea and the ever-growing tension between the two polarized countries. The other 90% consists of South Korean politicians having a WWE match in South Korea’s congressional hall. Go ahead. Youtube it, type in “Korean politicians fight.” Now these people are supposedly the most highly educated people in the country and were picked to REPRESENT the country. South Korea is a democratic nation and politicians are elected to represent the Korean people. That’s their job.

On the other hand, you have Korean celebrities. Celebrities if they are successful, become “representatives” of the country. Sort of. They aren’t really appointed to that position and it’s not their main job title. They are just entertainers. In the grand scheme of things, they aren’t all that important. Celebrities don’t control college tuition, taxes, social security benefits, etc.

However, they seem to have a greater influence than politicians. You don’t see people passionately talking about the wrestling match that went down in last week’s Korean congressional session. Instead, people are talking about T-ara’s poor manners. What?? Manners? Really? How about those people who are supposed to be level headed, well-educated, and representative (and elderly I might add) members of South Korean government. Where were their manners when they punched each others’ dentures out and broke office furniture?

Korean celebrities are held to a higher standard than the politicians are. That’s disgusting and quite frankly, scary. I understand the fixations that people have with celebrities and all of that, but, my gosh… where are the priorities? I am extremely embarrassed when I see videos like that on CNN.com, I mean its freaking CNN. Why do the Korean people have such high standards for celebrities and not the same for politicians? I mean, Koreans went as far as making up suicide petitions. What the hell is that? I mean, who does that? What’s going on? 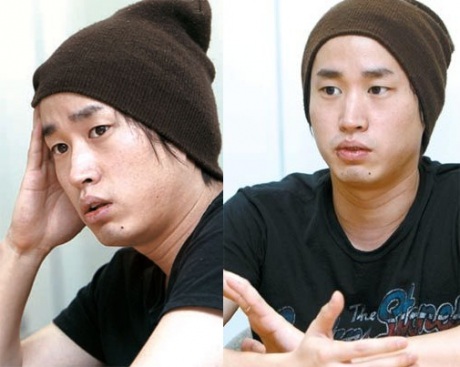 This T-ara issue is not the first, there was the f(x)’s Krystal issue of being rude (at the recording of Quiz to Change the World) and most infamously, Tablo’s issue (about his graduation from Stanford). Did any of you watch the show where Tablo came all the way from Korea to Stanford to clear his name? Tablo stated that people were coming into his mother’s store and harassing her, telling her that her son needed to tell the truth. He said it became too much when his family was being hurt. What is this? Graduating from Stanford is an extraordinary achievement. Why did Tablo have to go through all that craziness? It’s because a few ignorant people wanted to wreak havoc in someone else’s life, for no reason. They didn’t pay for Tablo’s tuition, room, or even for a pencil while he was in school. So why is it that Koreans feel that they reserve the right to know and go through everything in a celebrities’ life to that extreme?

The influence and the outcry from the actions of celebrities seem extreme. Like, really extreme. In America, if a celebrity start endorsing a product, they are called “sellouts.” In Korea, stuff that celebrities hawk sell like hot cakes. Maybe it’s a cultural thing, but I don’t think it’s healthy. Maybe it’s because Korea’s the most wired country in the world and the only think people have in common are the celebrities. Celebrities are the most recognizable and all you need is a computer to figure out who they are, what they do, and if you like them or not. I don’t really know nor do I understand.

I mean, netizens (which I think is only a term Koreans use) have driven celebrities to commit suicide. SUICIDE! It really goes above and beyond a social phenomena, it’s like a cult. The entire system is just bizarre and unhealthy. Why are Koreans (more so than other countries) so fixated on celebrities? Why do celebrities have so much influence? I think this is an important issue for not just people in Korea, but for lovers of k-pop culture. Being a fan is great, being obsessive/stalkerish about people you will probably never meet, is not. Let’s not forget what is most important to us and what affects us in our day-to-day lives. There are still taxes to be paid, laws to be passed, and denture adhesive to be scraped off the ground. Who should we be more critical of and hold to a higher standard?