JYJ released the music video for the title track of their new album, In Heaven, yesterday. To be honest, I wasn’t flailing over my desk in excitement over the new video…but I was excited to finally hear a recording of “In Heaven” that wasn’t disgraced by inappropriately placed fangirl screams in the background.

The music video certainly isn’t your everyday, ankle-deep K-pop MV fare, which is definitely something to be thankful for. But it seemed to me that the dramatic nature of the video was trying to compete with the dramatic nature of the song…and in the end, both sides lose. “In Heaven” is a really great song – arguably one of JYJ’s most impressive works to date – and the MV was shot really well, despite having a painfully cliched storyline. The two individual components of the MV – the song and the videography  – tug at the heartstrings in just the right way when presented alone. But put it together and it tends to cheapen the effectiveness of either component.

But enough pseudo-legitimate artistic criticism from me. Check out the MV for yourself:

(Sidenote: Despite all my jadedness towards the DBSK fandom, I couldn’t have been the only one that felt chills when August 2008 was displayed on the calendar, right?)

Though at times it may not seem like it, I have a lot of respect for JYJ. I really do. Granted, I don’t agree with a lot of things they’ve done – sue SM, produce the atrocity that was “Ayyy Girl,” spam photos of their cats via Twitter…amongst others. Nor do I feel all that bad for them and their current situation. Sure, it sucks to be constantly cockblocked by every television network in Korea, and they’ve probably made more enemies in the entertainment world than friends within these past few years. On the surface, JYJ’s story is pretty tragic: they gave up the glory of being in one of the most celebrated Asian pop acts in K-pop history so they could pursue their true dreams…and in return, the entire K-pop industry avoids them like a Damascene crowd fleeing from a trio of lepers.

But even so, I don’t pity them too much because I think that ultimately, they’re gonna be okay.

As someone who spends a lot of time examining K-pop in detail, I find it difficult to view JYJ’s music in the same way that I view most other K-pop music. To me, K-pop is defined by trends and their influence throughout the K-pop spectrum, as well as their evolution with every new promotional concept. Within mainstream K-pop, every ‘fresh’ concept is a derivation from an old idea, which is why K-pop music oftentimes comes across as being redundant and unoriginal. But in the same way, redundancy is arguably what keeps a loyal fanbase coming back for more.

And that’s kind of amazing, if you really think about it. 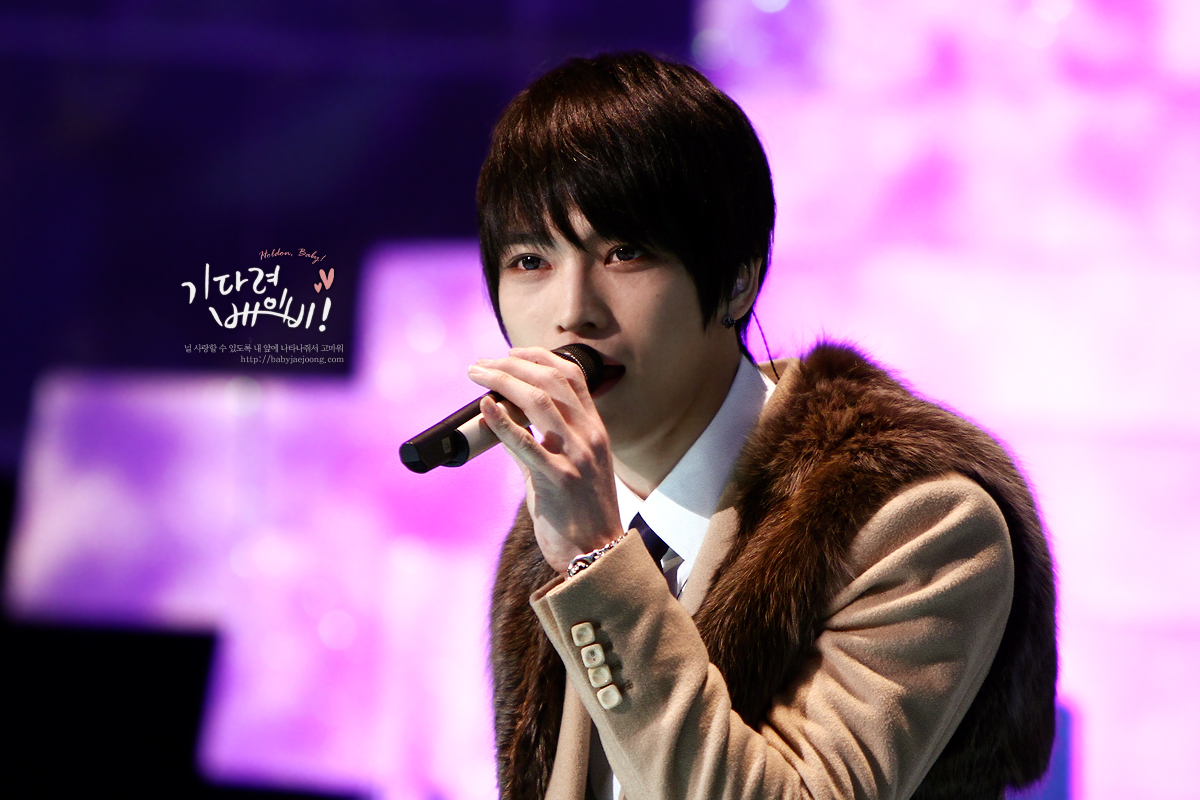 The current trend-based K-pop system is manufactured in a way that allows little to no musical or artistic flexibility, which is a pretty sucky situation when it comes to K-pop idols who are clearly in it for something more than mere popularity awards or fangirls worshipping them at their feet. I’d be more than willing to argue that JYJ’s principal reason for leaving SM wasn’t merely financial, and that it probably had something to do with the fact that Jaejoong, Yoochun, and Junsu have long proven themselves to be competent musicians that are capable of making music outside of the confines of an entertainment institution like SM.

Even when SM allows one of their artists to put a self-composed work on an upcoming album, it rarely makes it onto the album’s version A tracklist and is often relegated to Bonus-Track-Land on the repackage version. Needless to say, there’s no way in hell SM (or any other K-pop company, for that matter) would ever let an idol’s self-composed work serve as a promotional single. In the end, K-pop artists serve as vehicles for trends – but if the current trend is defined by autotune and shiny spandex pants and made-up words that end in “-tic”….well, I’d want out, too.

JYJ’s been effectively exiled from the mainstream K-pop scene, sure. But at the same time, they’ve also been freed of the burden of keeping up with the trends and sacrificing artistry for the sake of profit. The end result? Few promotional opportunities and gratuitous amounts of drama – but for the first time in their careers, JYJ can say that their music is truly theirs. No trends driving their inspiration, no fangirl hormonal desires to feed. Say what you want about their business tactics, but at the very least, JYJ’s music is clean and honest. 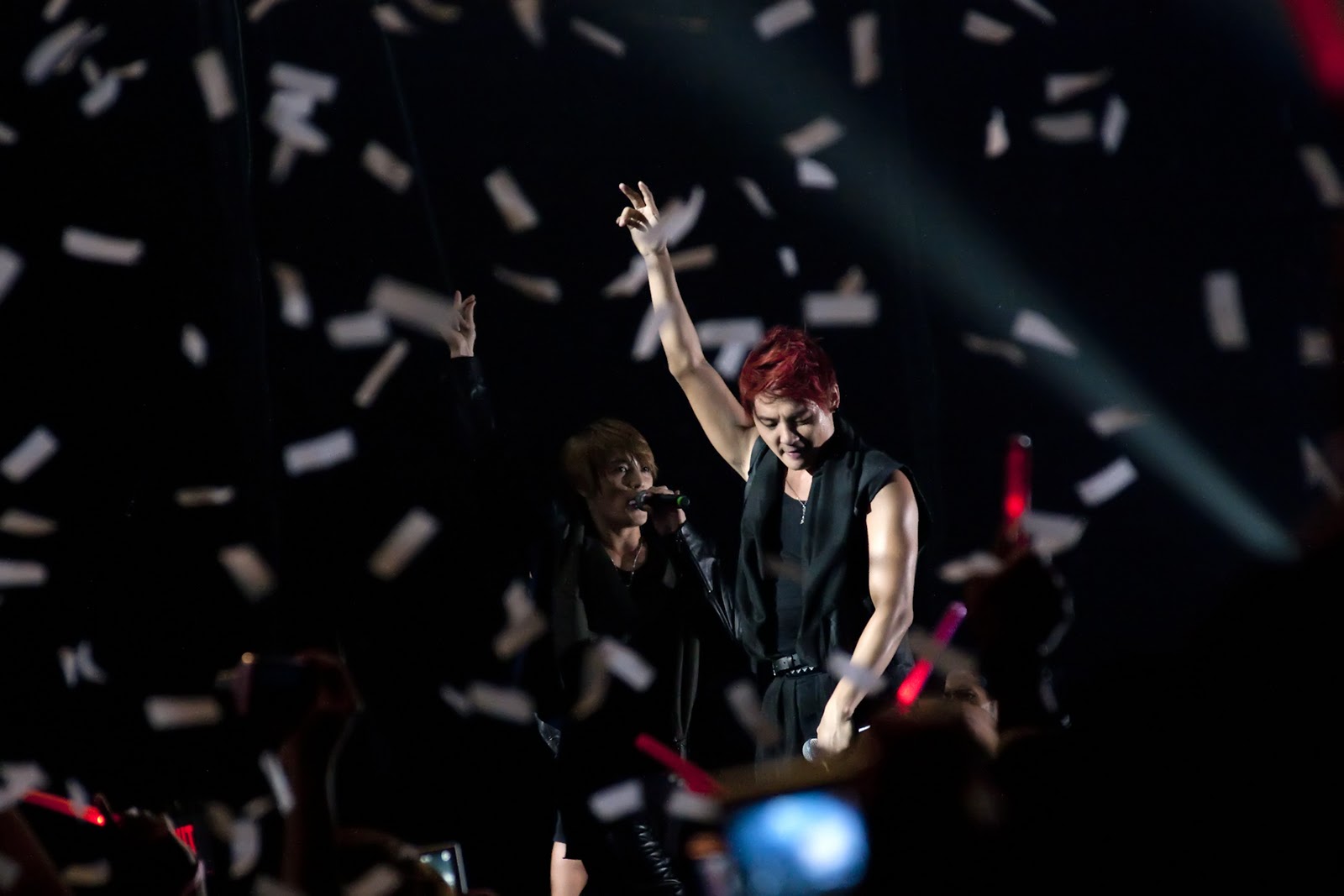 Ree wrote an article earlier today about the possibility of JYJ re-integrating itself back into mainstream K-pop. For many people, this news is a cause for celebration – and for good reason: JYJ’s been through way too much crap and are way too talented to be denied of basic performing rights due to office politics and red tape. Personally, I did do a little fangirl squee when Leeteuk and Eunhyuk played “Chajatta” on Sukira. But at the same time, I’m really quite satisfied with the way things currently are. The flames between SM and JYJ are starting to cool – SM now only fancies itself the father of the prodigal son – but I reckon that they’re currently so busy taking care of their other kids so that reining back JYJ has become less of a priority. And while JYJ might not be completely satisfied with their current celebrity status, they’re starting to settle firmly into the roles of musicians and artists, rather than idols – and they’ve done the work to show it.