And the award goes to…….Kim Jaejoong!

Now, who didn’t see that one coming? After cruising through the poles last year to grab the win, it can hardly be a surprise that the same happened this year. It almost seems unfair to the other contestants, maybe we should give Jaejoong a handicap or have a completely separate poll completely dedicated to Kim Jaejoong in the future. Wait, we already did that!

Kim Jaejoong… How do you begin to explain Kim Jae-joong?

Yoochun:I hear he does oppai chocolate commercials… in Japan.

Junsu: His favorite gag is Shoyukoto — totally not better than Oyagi gags.

Park Myung-su: One time he apeared on Yoo Jae-suk’s Happy Together…and he asked him if he could come back permanently.

Jisung: One time he punched me in the face… it was awesome.

Alright, that was just for a bit of fun! But if we are going to continue with this Mean Girls reference we might have to clarify a few things. If Jaejoong is Regina George that does mean Yoochun and Junsu are Karen and Gretchen. Just face it, Junsu, ‘Bambaya’ is just never going to happen! 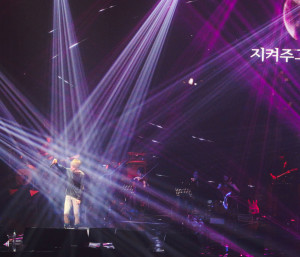 In all seriousness, what is it that makes Kim Jaejoong practically unbeatable in these polls. Could Seoulbeats secretly be just a Jaejoong fan site? After Camiele’s March Madness post from last year, we learned that it is a combination of great looks, a gigantic fan base, talent, a 4D personality and many other aspects that make the enigma that is Kim Jaejoong so intriguing. Instead of just repeating the same aspects again, it might be a good time to catch up with what he has been doing in the year since his last win. What is he doing to keep such explosive popularity?

We all know that the JYJ fans are no joke, selling out Jaejoong’s Beginning of the End concerts for the 28th and 29th of March this year in just 5 minutes. So, obviously this incredibly dedicated group of fans is still going strong. Concerts have always been of large importance for the JYJ members, being their only means of prompting their music. Jaejoong’s concerts have become a delight for fans, providing them with a unique stage that is different from JYJ’s concerts as a group. Bringing his own brand of pizazz his concerts can only be called risque, adorable and intense. With the amount of times he goes shirtless in his concerts he could be joining the ranks of Taeyang and Jay Park as idols that just can’t keep their shirts on. But who’s complaining?

Speaking of shirtless, this seems to have crossed over into his acting career when he finally took lead roles in two dramas, SPY and Triangle. Playing vastly different roles in both, a gangster and a spy, Jaejoong has added to his already diverse group of characters. He has come a long way from his first serious foray into acting in Heavens Postman, unless you count DBSK’s Baejun Dramas as his first serious acting challenge. In Heavans Postman, he was criticized for his lack of emotion, now he can create heart breaking crying scenes at will. He came forth last year to win the Top Excellence Award for an actor at the 7th Korea Drama Awards for his role as Heo Young-dal in Triangle. Though neither drama did very well in the ratings, it is clear that he is dedicated to improving his acting. 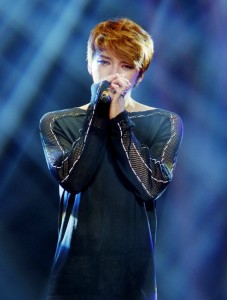 His most recent concerts have revealed that JYJ has gotten a new resident cry baby in the group. Move over Yoochun, it’s Jaejoong’s turn! This is a stark transition from the Jaejoong we were first introduced to when he was a member of DBSK, who said that ‘men only cry three times in their life’.  You don’t have to hold it in anymore!

Over the years, Jaejoong seems to have grown into his personality; becoming comfortable in his own skin. He started off with a silent concept back in his DBSK days, that clearly didn’t fit him as he was prone to random outbursts. As he started to get older, fans got to see a shift in that concept that allowed a different Jaejoong to shine through. He was able to accept and use his flaws to become confident with his ‘4D’ Personality. Maybe this is a testament to all those awkward teens out there — it does get better.

Jaejoong reunited with the Junsu and Yoochun in 2014 to bring fans the long awaited JYJ Album, Just Us. It ended up being their best release yet, even after making fans wait three years for it. The anticipation was killer! When these three get together the dynamic changes from when Jaejoong does solo projects. Though it sometimes feels like they are trying to out do each other, these three voices still can produce the harmonies that capture fans’ hearts and minds. But most of all they just seem to have fun, bullying Junsu, singing, and then bullying Junsu some more.

Jaejoong didn’t give up his involvement in production either; He wrote the lyrics for four of the album’s songs, “Let Me See”, “Baboboy”, “Dear J” and “Creation”. “Dear J”, as Jaejoong’s solo track, was his follow up to his rock sound in his solo album, WWW; once again proving that the rock genre fits him seamlessly. With Jaejoong challenging pretty much every genre under the sun, whether it be R&B, Ballads, Pop, Trot, Rock and even endeavoring on rap battles with Lion JS (Junsu). Are there any other genres left for him to try? I guess he could always try opera. 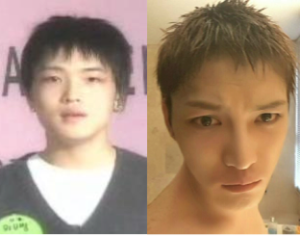 With Jaejoong entering the military on March 31st and not coming back till December 30th in 2016 , you can be sure he has left a string of broken hearts behind. Though I don’t think he is going to get much sympathy from his pet, Jiji. When Jaejoong was working fans could always find their Jaejoong fix on social media, whether it be on Twitter or Instagram.

It’s going to weird not to have that, now that he has gone to the army. With his last posts revealing his new super short hair, fans have been forced to face the reality that Jaejoong is no longer going to be active as an entertainer for two years. Though his new hair style looks like he has gone full circle, back to his pre-debut days. So are you liking his new hair style or are you mourning the loss of those luscious locks?

However, fans, do not get too heartbroken! It was revealed that Jaejoong would be releasing a solo album while in the army, it seems fans will not be left with nothing new to hold onto in the period of his enlistment. Already sharing two new songs in his Beginning of the End Concert, “Breathing” and “Good Morning Night”, it seems that this release is going to be lots of fun.

What better way to go to the army than on a high note! This is the last farewell for Kim Jaejoong– even though he has already technically gone. I’m sure other fans will also be eagerly awaiting his return. In the time being, like Jaejoong said, no cheating guys!