6 Steps to Dealing with Your Bias' Dating News

With the recent news of Lee Min-ho and Suzy’s relationship, fans worldwide have indeed received a certain degree of surprise due to the revelation of the new power couple. With Suzy’s moniker as the nation’s first love and Lee’s flower boy popularity, there’s definitely been quite a few hearts broken to hear that both celebrities are now off the market. But fret not, in such times of distress, you are definitely not alone. For me, I have devised a handy list of steps to deal with such shocking news and turn it into something positive, and I’m here to share it with you.

1. Double-check the identity of the couple

Min-ho and Suzy found to be in a relationship! 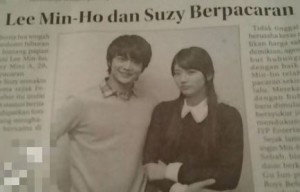 Yep, due to the limited characters and combination of the Hangul alphabet, it’s not rare to see celebrities sharing the same name, even celebrities of different gender. So before we go batshit crazy about our bias dating so-and-so, maybe it’s a good idea to double-check and triple-confirm who exactly the involved parties are.

God forbid news sites and newspapers end up posting photos of the wrong couple and create more havoc and grief for us fans.

2. Investigate for evidence of Fate 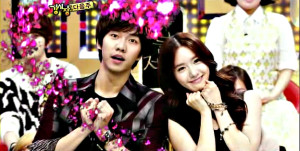 K-pop fans are known to make connections about anything and everything (coughEXOteaserscough), and it’s fun to hypothesize and make our own theories as to why the couple is totally Meant For Each Other.

Of course, if they both happened to fit into each other’s ideal type caricature, or even pointed out the other as his or her ideal type, we can practically hear wedding bells ring already. They are indeed, Fated To Be.

Something WGM and drama fans should be able to do in their sleep. Every couple deserves a shortened cute nickname to refer to themselves in the third person easily, right?

Pssh, who am I kidding? This is totally for the fans. Firstly, fans love to give nicknames for everything, and it only makes sense that inventing OTP ships and couple names are part of the package. Secondly, couple nicknames make for much simpler and shorter hashtags. Twitter’s character limit requires us to be concise as possible, why would we write #LeeMinhoSuzy, when we can simply write #Minzy, or #Suho. Oh but wait…

It’s time to get in touch with our high-school selves who harboured an eternal one-sided crush on a hot celebrity, and would always use random websites to fantasize over what our potential kid would look like. Sounds familiar? No? Was it just me?

In any case, it’s always fun to play fortune-teller with a crystal ball, to predict the it-baby of the next generation. And of course, the tried-and-tested Punnett square has taught us that superior genes will (almost) always yield superior babies, unless Fate interferes. And also, provided the parents’ godly appearances are actually genetic…

Only one ship can officially leave the harbor, which means many other ships have to be sunk. No longer can we pray that Kim Soo-hyun and Suzy will eventually find true love in each other, or that Lee Min-ho and Park Shin-hye’s love in the moment will actually happen. Neither will Taeny ever come to fruition, and Khuntoria will forever remain a mere virtual marriage. 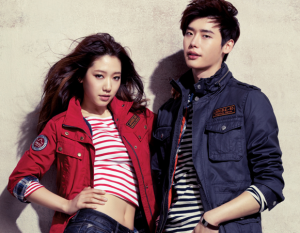 But that’s totally fine, because new harbors can be built for new ships! Two-thirds of our earth is actually made of water, so we’ll never run out of space for new fantasy ships. It’s no use being on board a doomed Titanic, so we should take it upon ourselves to find new horizons.

Which reminds me, I notice Park Shin-hye has been doing an awful lot of photoshoots with Lee Jong-suk lately, and Kim Young-kwang even made a surprise visit at her fan-meeting.

Yup, this is my fun little modus operandi. What’s yours?