A lot happened last week, especially with JYJ’s pre-oder and Super Junior’s repackage album, a lot of fans were probably in heaven for at least half the week.  Although those were special moments for some, below are 5 Things that happened in our K-pop universe that I thought were more special than the rest.

Spoiler Alert! Hwanhee’s Shape of your Heart performance won him the King of Magic title.  Call me biased, but although his performance wasn’t as flashy as others, it was smooth and was set to Sting’s “Shape of my Heart”, which just made it perfect.  Check it out below!

4) Ha Wa U?  Fine, Thank You
Who knew that HaHa was a big reggae fan, unless you look closely to his Twitter account name, @Quanninomarley.  The laughing man/musician announced his musical comeback with the mini album Rosa.  The first track off of the album is “Ha Wa U?  Fine Thank You” and is a reggae duet with Korean reggae superstar, Skull and although the MV is nothing special, I still dig the song.  Just listen to it on repeat for about three times and you will be hooked too.  Are you feeling HaHa’s reggae beats now?

You don’t have to be K-variety obsessed like me to know that Lee Hyun beats just about everyone in ssireum, even beasts like Taec.  So, it was totally shocking to see Seo In Gook, the Superstar K year one winner take out Lee Hyun in the final round of Let’s Go Dream Team 2‘s ssireum championship round.  Perhaps Lee Hyun was too tired from the many matches before or perhaps it was the overwhelming presence of Seo’s fans, but regardless, it’s a match you should watch!

No words are necessary to enjoy Lee Ssang’s performance on Sketchbook.  Just sit back and enjoy.

1) Scent of a Woman’s Ending aka The Best Kdrama ending…Ever! 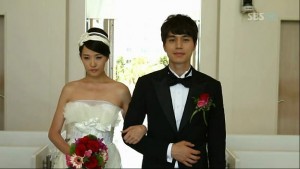 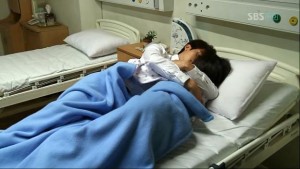 Major Spoiler Alert!  Read at your own risk.

As I mentioned in last week’s 5 Things, I had come to terms with Yeon-jae’s impending death- until they killed off Hee-joo and had Eun-seok begging her to live, which gave me that glimmer of hope that she would make it to the very end.  But, of course, being a dramatic K-drama, Yeon-jae got sick, the treatments weren’t working, and the outlook was bleak.

Then she dreamed of marrying Ji-wook in Okinawa and was falling asleep in his arms and my heart just about stopped.  While I was all “bring on the Kleenex,”  bam!  Yeon-Jae’s still alive.  It’s not the sell out fairy tale ending because the cancer and gloom of death  still lingers, but she lived past the 6 months.   It’s a lesson to everyone, even if you don’t have a terminal disease, that life is fleeting so be happy and live what life you have to its fullest.  A more perfect ending I couldn’t have imagined. 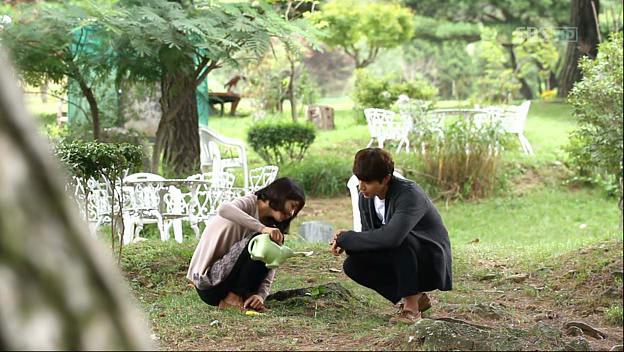 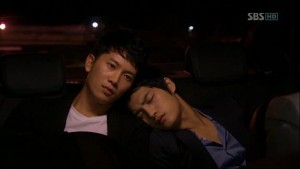 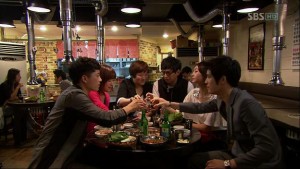 Loved these moments from Protect the Boss  and Na-yoon and Mu-won singing their heartache out at the noraebang and Eun-seol’s “pretty woman” outing with Chairman Cha.  Protect the Boss continues to impress, let’s see how they deal with the upcoming dark and perilous times.