Counterpoint: Did Tablo Sell Out? 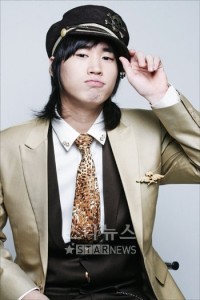 YG Entertainment, it seems, has scored big once more. They have sweet-talked an exclusive four-year contract out of Daniel Armand Lee, a.k.a Tablo of Epik High fame. To say that this left me with mixed feelings would be the understatement of the year. On one hand, Tablo signing on means that he’s planning to release more things. It’s been a long, hard drought for Epik High fans, ever since great Stanford incident and Mithra Jin‘s departure for the military. A two-year drought, to be exact. For a crazy Epik High stan like myself, those two years meant a dull, unexciting K-pop scene. However, the latest word from Tablo is that he is scheduled to release a solo album in November. My first instinct was to throw my hands in the air and rejoice.  New music will be like a beautiful rain upon my ears. On the other hand….

NOOOOOOOOOOO TABLO, YOU WHORE. I TRUSTED YOU.

How could he? HOW COULD HE? I realize that Epik High, and Tablo by extension, is very much in the mainstream these days. In fact, one could say that Epik High rounded the mainstream tipping point way back upon the release of Swan Songs. But, mainstream status notwithstanding, a huge part of both Tablo’s and Epik High’s musical and lyrical identity was always the pointed social criticism. Anyone out there remember both the song “Breakdown” and the video for it?  It was a beautiful piece. The lyrics were all about breaking free of societal chains, and indulging in artistic freedom and originality of thought. The ending shot of the video was powerful, with the bigwig studio executives getting fried in their electric chairs.

“Breakdown” was only a small part of it. Tablo has penned many more beautiful songs, a significant number of them tackling class warfare and the hypocrisy of the mainstream media. As Epik High exploded into a high-profile act, though, I felt a vague sense of unease. There was the same Tablo who had spoken out so eloquently about the system, playing right along with it and all the awards, promotions deals, and chart-toppers that came attached with it. But then, just as I was reconsidering my boundless affection and admiration for all things Epik High, incredible news was splashed over the headlines of every K-pop blog in the universe. Epik High had broken ties with their major label home, Woollim Entertainment, and set off to form their own independent venture, Map the Soul.  Although I felt sympathy for Tablo and was sorry for any troubles he went through that pushed him to break off from Woollim Entertainment, I was also strangely pleased. There, at last, was the Epik High that I had been missing all that time.

So I was back as a Tablo cheerleader through everything from the signing of multiple new artists to the burgeoning label to the release of [e]. Oh, how in love I was, back upon the release of [e]. It was scathing. It was raw. It was fist-pumping and identity affirming. This, I thought, was art. Ambitious in scope and unafraid to break a few rules. “Wannabe,” in particular, was a breath of fresh air, with its pointed attack on K-pop trends. But alas, this was not to last. The winds shifted again, as they are so often wont to in the music industry. Map the Soul merged with Woollim Entertainment. Most people shrugged and moved on with their lives. I, however, raised an eyebrow. Or two. Alright, so I was a little ticked off. What happened to all this fist-pumping about going your own route, and trailblazing in the industry? I was  prepared to fire my mouth off about it to all corners of the internet, but then Epik High dangled a carrot in front of me, with the release of Epilogue. Oh sure, it was different. Softer. But no lies, it was beautiful. So I shut my ungrateful mouth and enjoyed the music.

Tablo broke with Woollim Entertainment again, following the lack of support they showed him while he was embroiled in the Stanford scandal. I shrugged. Whatever. He was probably going to lie low for a while, until the clouds cleared and he could pick back up with a different label, preferably an independent one. So then I waited, like a good fan, for two long years. And now this news breaks. Tablo is signing with YG?  The YG of the Big Three? The YG of the idol pseudo-swagger and the wannabe hip-hop?  That YG? Oh, sweet Jesus. I’ve been sticking my fingers in my ears for years and years, humming and drowning out lots of insightful criticism regarding Tablo’s actions, but I can’t ignore my gut any longer. He’s sold out. He’s with an idol label. And now I’m done.

Yes, that’s right, dear, sweet Tablo. Release all the music you want. Rage against the machine all you want. But it won’t mean a thing, when you’re part of the machine. Perhaps I’m overreacting. A lot of people will think that I am. Don’t get me wrong, I’m not anti-idol. I wouldn’t be writing for this website if I was. But at some point, music needs a little self-awareness.  An artists needs to realize that you can’t just talk the talk, you have to walk the walk. It’s painfully clear now that Tablo lacks this self awareness. And I can’t continue to cheerlead his “uniqueness” in good conscience. So for now, Tablo, farewell.

Do you think that Tablo has made a mistake in signing with YG? Is it an understandable move, or  does it truly make him a “sell out”? 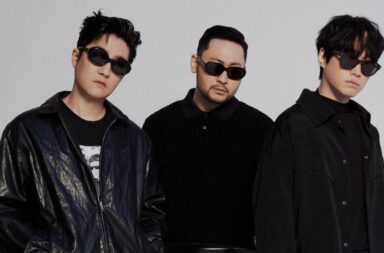