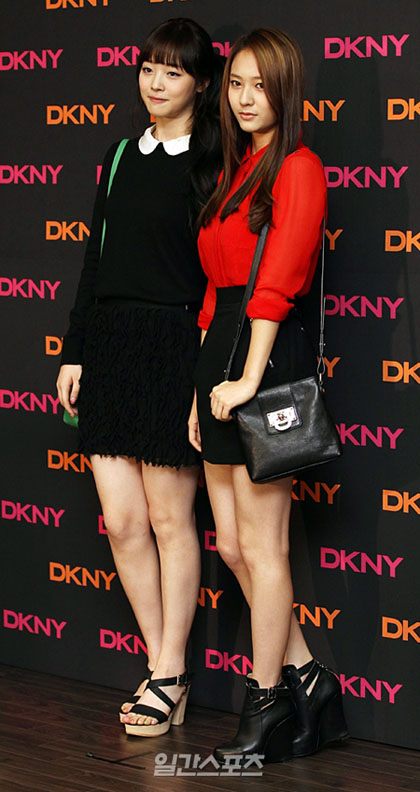 “Fast fashion with an urban mind-set,” this is Donna Karan’s philosophy when designing her luxury clothing line emphasizing New York lifestyle. So, why set up shop in Seoul? What do these two metropolitan cities have in common, other than the fact that they are the most populous cities in their respective countries?

Well, for one, Karan’s collection is about lifestyle and aesthetic functionality. Koreans’ “highly developed fashion sense and desire for sophisticated luxury,” as described by Mark Weber (Donna Karan International’s chairman and chief executive officer) marks them as valued consumers with distinguished tastes. This isn’t surprising considering that they are among the world’s best-dressed and, in their own right, are being recognized as a fashion forward nation, not only by Donna Karan but also by other luxury fashion brands whose shops line Cheongdam-dong (a.k.a. Rodeo Street) in Seoul’s Gangnam district.

Now, how does this entail Kpop?

Among the 100 press members, 15 stylists, and 16 models who attended the exclusive DK Fall Collection Presentation, held this past September 6th, were 5 VIP celebrities: former member of S.E.S., Eugene (Kim Yoo-jin) and actresses Song Yoona, Ko So Young, and Ko Hyun Jung.  Their arrivals were broadcasted through live feed on two 10-foot LED screens.

The event was an exclusive presentation showcased the the international partnership between Donna Karan International and SK Networks (the fourth largest chaebol in South Korea). Nothing to fuss about at all, right? Well, there are huge implications about this partnership, particularly for the entertainment industry.

South Korea is one of the world’s fastest growing economies and fastest growing developing countries. This is impressive considering centuries of historical back-and-forth between China and Japan, followed by a devastating Korean War. South Korea, in three decades, has become one of the 20 main economies with major influences in the global market. Its economy mostly depends on international trade and, along with Samsung and LG, one of their most significant exports is K-pop, its mainstream culture. Yet, despite this fact, its influence on foreign markets like the US, Japan, Canada and Australia is at an inchoate state. 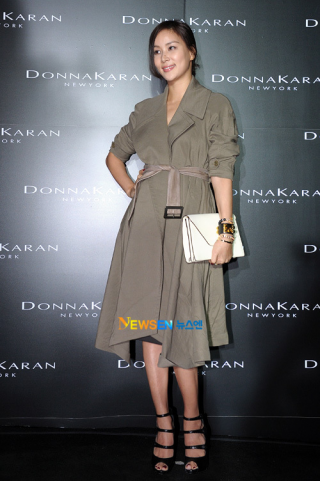 Dior Snow is available at department stores in the US like Nordstrom, Bloomingdales, and Macys yet the SNSD ad campaign only runs in Asia. An apparent sign that, although there is an interest in South Korea, K-pop idols have yet to reach a significant level of popularity on a global scale. Choosing Tiffany or Jessica may just be a typical marketing strategy but that is no reason to feel discouraged. This is business after all. Partnerships and contracts are ultimately founded on the beneficial exchange between all parties. By choosing K-pop idols to represent them, the major luxury brand recognizes how much influence these idols have in Korea as well as other Asian countries. It also demonstrates how important it is for their consumers to have familiarity with the product. There’s no need to prove the high-end quality of a luxury brand but identifying with the client is absolutely necessary.

DKNY’s release event at the Kring Creative Culture Space, launching its 2011 Fall/Winter Collection last August, may just have been a customary event initiating the opening of their flagship store in Seoul. That among those to attend were award winning drama actresses like Lee Si Young and Lee Hana as well as f(x)’s Sullie and Krystal just could’ve been mere publicity. After all high-end skincare products and luxury fashion lines (along with water purifiers) don’t sell themselves. The line between K-pop idol and spokesperson; music video and product endorsement is blurred. Sometimes the CF works and sometimes it just falls short. Yet, at some level, K-pop’s influence is shaping South Korea’s international presence and will continue to do so for quite a long time.